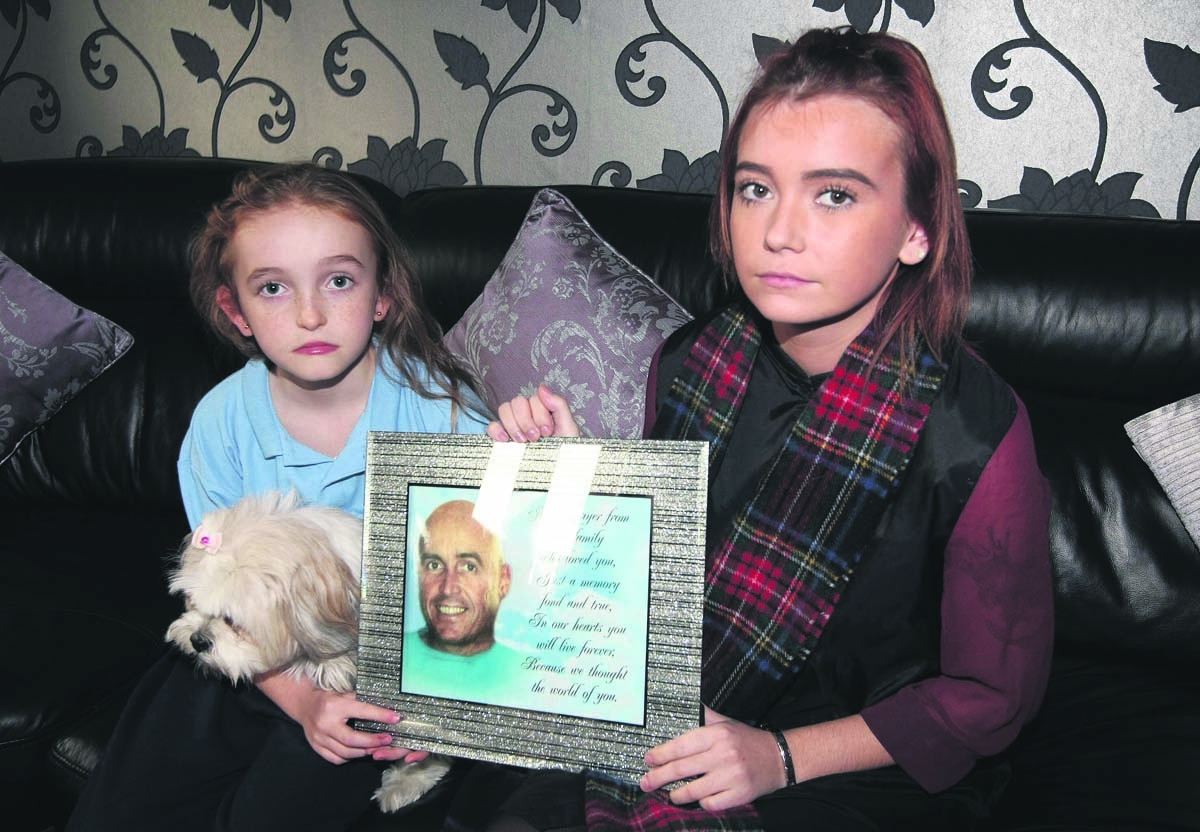 The partner of murdered North Belfast man Kevin Kearney has criticised police for their lack of progress in the hunt to find the killer and their failure to keep her updated.

Charlene Whelan, who has two daughters to Kevin, was speaking as the family prepared to mark his two-year anniversary.

The 46-year-old was shot dead in Alexandra Park in 2013. Police conducted an extensive media campaign on his first anniversary last year in a bid to gather information, but now they say they’ve taken no further action on the murder as no further information has been received or witnesses identified.

Mr Kearney, who was a father of four, lived at Dunmore Avenue close to the park where his body was found. On the morning of his murder he left his daughter off to school, returned home and took his dogs for a walk. His body was discovered 36 hours later in a lake in the park after an alert was raised when he failed to return home.

Charlene said that she was disappointed that the police investigation had not made any developments in the past year and criticised the PSNI for failing to keep the family updated.

“This time last year was the last time the police contacted us,” she said. “Nothing has changed in a year and questions need to be asked why. My youngest daughter is 10 now and it’s really starting to hit her that her daddy isn’t coming back.

“She still goes to sleep with his t-shirt on but she can’t smell him on it any more. We’re all putting on a brave face but inside we are crumbling. How people are sleeping in their bed at night knowing what these children are going through is beyond me.

“We need justice and they need closure. I’m appealing again for anyone that may have any information to come forward, not for me but for my kids.”

A dissident republican group calling itself 'The IRA' claimed the killing and alleged that Kevin was involved in the drugs trade, a claim his family denies.

Charlene added that reading about the recent murder of Kevin McGuigan had brought a lot back to her and said her “heart went out to his family and his kids” because she understood the impact losing a father has.

“The current political shouting and screaming about republican and dissident republican activity is frankly laughable because it’s nothing new. Kevin was approached in August for money. People calling themselves republicans claimed his murder but no-one bothered to ask questions then.”

Responding to the criticism, Detective Chief Inspector Justyn Galloway made a fresh appeal for witnesses and said the PSNI would act on information if people in the community come forward.

An anniversary mass for Kevin will be held in Holy Family church at 10am on Sunday.