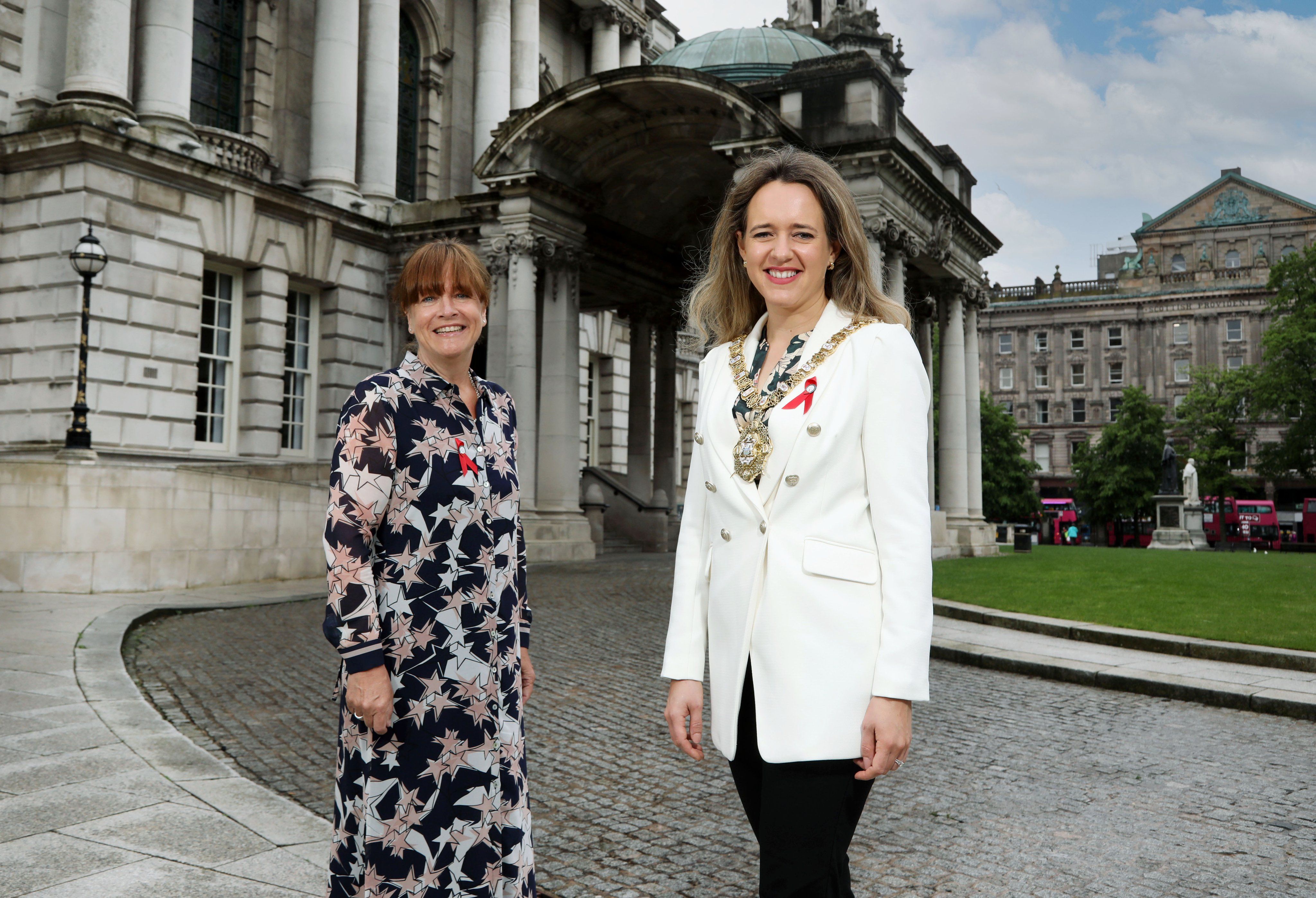 NEW Lord Mayor of Belfast, Councillor Kate Nicholl has named the HIV charity Positive Life as the first of her mayoral Charities of the Year.

We are absolutely thrilled to have been chosen as one of @KateNicholl's Mayoral Charities of the Year.

We have been working closely with Kate for a number of years and look forward to challenging #stigma together.@CEOPositiveLife @PositiveTalkNI pic.twitter.com/vHdiRuQXNC

The Lord Mayor welcomed Positive Life chief executive Jacquie Richardson to Belfast City Hall in one of her first engagements since taking office on June 1.

A long-standing supporter of the local HIV charity throughout her time as a Belfast city councillor, Kate has led calls for the stigma around HIV to be reduced and was instrumental in the lighting of Belfast City Hall in red to mark World AIDS Day last December.

Councillor Nicholl is set to work with the HIV support charity throughout the year volunteering and engaging with some of the people impacted by the condition.

The Lord Mayor said: “Positive Life is a charity I have been working with over a number of years. In this time, I have seen them make real and meaningful difference to individuals, families and communities in Belfast.

“There is still a lot of work to do in addressing stigma and perceptions of HIV. Breaking down this stigma requires visibility. I hope that in my time in office I can demonstrate to people living across our city affected by HIV that they have the Lord Mayor of Belfast supporting them.

“Belfast is a modern, diverse and welcoming city. Working with Positive Life, I hope to promote it as a place for all to call home regardless of background or individual circumstances.”

According to the latest figures from 2019, the number of new HIV diagnoses in the North declined to 52 new cases, down from 80 in 2018.

Among factors contributing to the decrease has been the work of Positive Life in awareness raising and the availability of the PrEP drug.

Positive Life is the only charity in the North dedicated to supporting people living with and affected by HIV. First established as the AIDS Telephone Helpline in 1986, its range of services has expanded to include counselling, one-to-one and group support sessions, and information workshops.

Chief Executive of Positive Life, Jacquie Richardson, said: “We are simply honoured to be chosen as a mayoral Charity of the Year. Having Kate as Lord Mayor re-invigorates efforts right across the city to fight the stigma associated with HIV. We have seen some very encouraging numbers in relation to the decrease of new diagnoses which is something we hope to see continue with such a strong supporter of our services now in office.

“Kate was absolutely instrumental to getting Belfast City Hall lit up red for World AIDS Day last December which was a hugely symbolic gesture representing to people affected by HIV that Belfast, their city, stands with them."

“It has been a difficult year for people impacted by HIV who have seen access to services severely restricted through lockdowns and felt a continuing sense of vulnerability.

“HIV is still a highly stigmatised condition in Northern Ireland. Even before the Covid pandemic, many service users of Positive Life had felt rejected from society due to their status. Many remain unnecessarily reliant on welfare payments and are unable to find employment; they face difficulty in accessing services; and are unable to lead fulfilling lives, due to crippling prejudice.

“As a mayoral charity we will do all we can to use this opportunity to raise awareness and campaign on behalf of our inspiring service users."