New opponent for Frampton this weekend 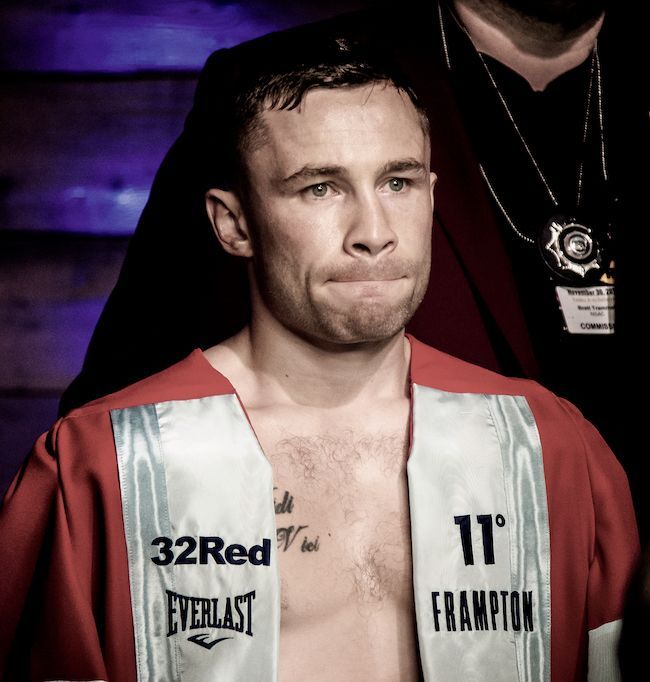 CARL FRAMPTON will now face Darren Traynor at the BT Sport Studios on Saturday night as the Scot steps in for initial opponent Vahram Vardanyan.
The Armenian was to run into issues surrounding a work visa so was forced to withdraw from the fight last week, so instead it will be Aberdeen's Traynor who will step into the breach for 'The Jackal' in a super-featherweight clash.
Traynor had been put on standby for a number of weeks and that proved an astute move as Vardanyan's enforced withdrawal could have left the Belfast man without a dance partner.
As it is, the Scot - who was stopped by James Tennyson at the SSE Arena in three rounds back in 2017 - is now the man who will answer the call in what is viewed as a keep-busy fight for Frampton who is expected to challenge WBO champion Jamel Herring next time out.
"I'm delighted to get an opponent over the line," said Frampton.
"I have to credit MTK Global for seeing there could have been issues with the original opponent getting into the country, and they have been paying Darren Traynor for a number of weeks to train.
"He'll be in decent shape and will be up for it as well. There is no pressure on him, but it is up to me to look good. I want to be taking this guy out and then moving on to think about Jamel Herring.
"I can't be complacent in the slightest. I know I'm the big favorite in the fight, but I want to win and want to look good, and I want to win by knockout.
"I feel like he's a better opponent as he's fought at a higher level than Vardanyan, and he's coming in at lightweight. I haven't made my debut at junior lightweight yet and I'm already jumping in at lightweight, so that's obviously a little bit in his favor, but I'm looking forward to not having to struggle at all in fight week and then putting on an explosive show."

Traynor had been out of the ring for 18 months prior to his return in February: a points win over Des Newton in Aberdeen.
This is a golden opportunity for the 33 year-old to cause a stunning upset and and push himself into the world title picture should he make the most of his chance as a stand-in replacement.
"The complex travel restrictions currently in place made it impossible to guarantee the arrival of Vardanyan, along with complications regarding his requirement for a visa when the agencies responsible for issue at his end are at not at the moment fully operational," explained promoter Frank Warren.
"It is disappointing for Carl and ourselves but we couldn't allow any uncertainty to extend into fight week because Carl does not need any distractions ahead of what is an important fight for him.
"Carl is gunning for a third world title at a third different weight and cannot afford any mishaps on Saturday night. Darren Traynor is ready to step in and fully prepared to give Carl the competitive fight he needs before heading into WBO world championship battle against Jamel Herring, hopefully, later this year."
Also featuring on the card is Michael Conlan taking on former world featherweight title challenger Sofiane Takoucht. See this week's papers for full previews of both bouts.