Niall in for a long weight 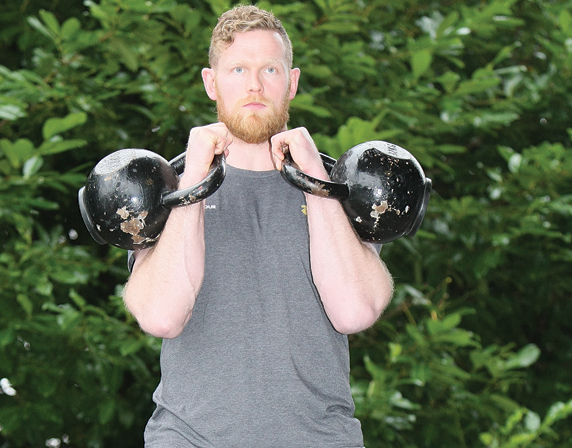 Niall Greenan is preparing for his testing task

THE West Belfast community are throwing their weight behind a local gym owner’s powerful effort to install defibrillators throughout the area.

Proprietor of Kennedy Way’s Zenith gym, Niall Greenan, is aiming to raise funds to be able to “pepper the defibrillators throughout the local community” following the tragic loss of his father in March 2016.

Niall said: “My dad had a fatal heart attack behind the wheel last year. The first person on the scene worked for a defibrillator sales company and had a defib with her. It gave us unbelievable comfort to know that anything that could’ve been done was done at the time.”

“It’s just shy of a mile and a half – going up will be tough but hopefully it will be a bit easier on the way back down,” he laughed. “So far we have received a lot of donations and we have had great support from Brian Magee’s gym and Ciaran Kelly from the Kelstar who are all willing to help out ahead of the kettle bell carry. Any and all help is massively appreciated and I just want to thank those people who have generously donated so far.”