Niamh Crowther was influenced by her parents’ 1960s and ’70s classic rock collection. 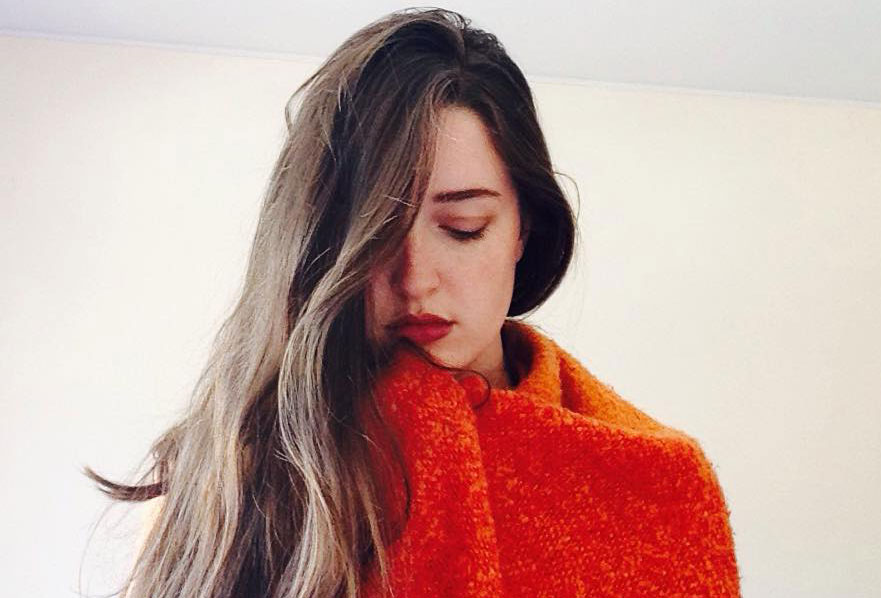 Niamh Crowther was influenced by her parents’ 1960s and ’70s classic rock collection.

When Niamh Crowther’s friends come to her gigs, they all get ID’d. “It’s a bit strange,” the singer reflected with a laugh. Strange it may be, but Irish bouncers are doing their job well: at 18 years of age, Crowther is only just past legal adulthood.
You wouldn’t know it based on her songs, lyrics or artistic success thus far. In less than one year, and with only three single releases, Meath teenager Crowther has made her voice and name known across Ireland. This quick fame was well earned: the young singer-songwriter exudes pure natural talent, charm, and maturity. I met Niamh at Whelan’s in Dublin last week before the official launch of her new single, ‘Little By Little’, and I can say with complete confidence that this girl is on the way up.
Crowther seems surprised by her success, charmingly unaware of the fact she’s one of the special ones. “I don’t see anything too special about it, I just love it,” she said of her music career. She is all humility and told me over and over again how thankful she is to her fans, how lucky she feels to have had such positive response to her music. She remains particularly flabbergasted by the response to Little By Little. The song already has over 55,000 streams on Spotify. What’s more, it reached the number 10 spot on iTunes’s Singer-Songwriter list the very same day it was released. Hotpress Magazine was absolutely right when they recently named her one to watch.
She may be from County Meath, but she considers herself a Dub too. When she’s not dazzling fans across Ireland or writing songs, Crowther is at St Patrick’s College in Drumcondra, where she’s studying to be a primary school teacher. While music is undoubtedly her passion, and she’s thrilled that the dream of making it a career has come true, Crowther looks forward to a dual-professional future. She plans to bring her musical skills into the classroom one day. She recently did a dress rehearsal for her own future classroom environment when she sang ‘Under the Sea’ for a junior infant class a couple months back. If she can balance music with teaching, Crowther definitely plans to keep a piano in her classroom.
I resist the inclination to compare Niamh’s voice to another singer because I think such an equation would undermine her unique vocal quality. Her voice is distinctive, a trademark. Still, her various musical influences lend themselves to her sophisticated, informed vocal styling. It was her parents’ classic rock collection of the ’60s and ’70s that started it off for Crowther. Her fate was sealed when her parents got her a guitar at age seven and signed her up for piano lessons at age eight. The likes of Fleetwood Mac, the Beatles, and U2 remain some of her biggest influences today.
She loves Irish indie music and listens to a good bit of trad as well. “I’m a very proud Irish person,” Niamh told me with a smile, “I love my country – the culture, the music, the language.” I predict Niamh’s career will take her to various spots across the globe in the coming years, but she is adamant that Ireland will always be her home. “I want to come back to my origins,” Crowther said after relating an anecdote of a recent Irish road trip and how struck she was by the beauty of the Waterford countryside. Although she’s not a traditional folk artist, her country and culture provide a crucial source for her creativity and define her artistic identity. Ireland will not only remain her home base, it will always be the singer’s main stage.
Niamh is two persons onstage. She is a down-to-earth, witty teenager – one who falls back on awkward humour – as well as a poised, emotionally adept performer. When the first piano chord sounds, or the first strum of a guitar chord strikes, Crowther goes into a trance. Her ability to move an audience, to make beauty out of the simple pairing of voice and piano – an arguably dying art – is the skill of someone well beyond her years. The same can be said of her songwriting. Each of her three recordings, ‘Bullets’, ‘Origins’ and ‘Little By Little’, displays lyrical sophistication. The words are carefully, metaphorically crafted. Origins in particular is peppered with smartly arranged analogies.
I asked Crowther what her plans were next, if she had international aspirations for her music. She looked baffled. “I’ve never thought about markets. I just write songs and sing them.”
Check out Niamh Crowther on Facebook, Twitter and Instagram. Her latest single is now available on iTunes.