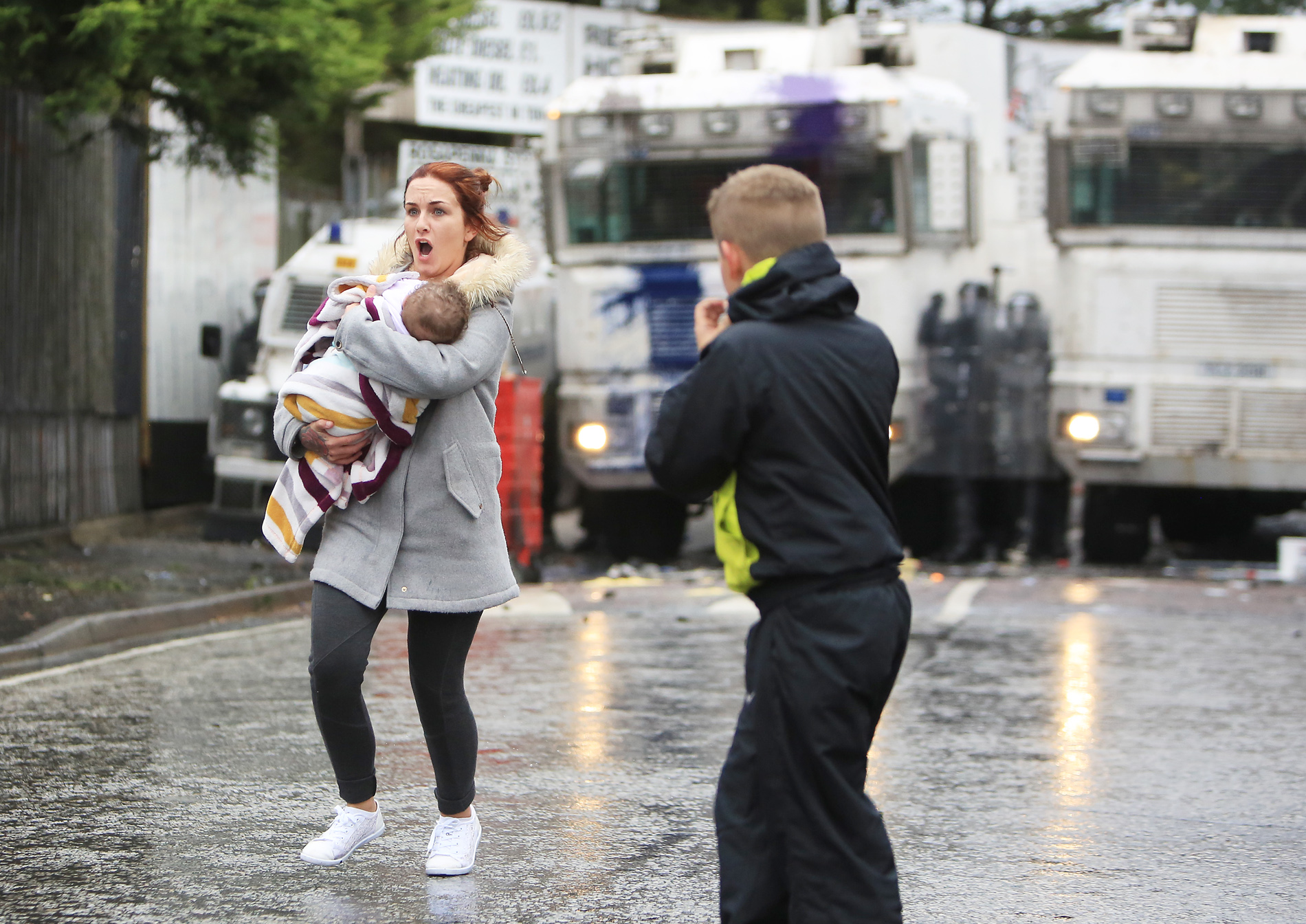 Nine police officers were injured in violence that erupted in North Belfast after an internment commemoration march was blocked from marching to the city centre.

Organisers of the march had ignored a Parades Commission ruling that the parade had to be clear of Millfield by 1.30pm on its return journey and when marchers attempted to move off at around 2.30pm a heavy police presence blocked the Oldpark Road.

Trouble broke out a short time later when youths attacked police lines with bricks and bottles despite an appeal by organisers for marchers to disperse. Water cannon were deployed as the violence continued and a number of petrol bombs were thrown at police.

A spokesman for the Anti-Internment League, the march organisers, said marchers had conducted themselves “peacefully and with dignity” and had obeyed their appeal to leave the area. But local Sinn Féin MLA Gerry Kelly said the organisers have questions to answer.

“I’m disappointed the organisers of a parade in North Belfast breached a determination by the Parades Commission and that the parade was followed by violence in the Oldpark area,” he said.

“We saw once again that there are the consequences when people bring crowds out on to the streets. I’m relieved that the violence today did not escalate into a more serious disturbance.

“Sinn Féin has been consistent in our demands that police enforce determinations by the Parades Commission on an almost nightly basis in the greater Ardoyne area.

“The organisers of today’s parade have questions to answer about why they originally applied for a parade at 12.30pm. The Parades Commission agreed this and then the organisers decided to change the time to 2.30pm.

“Clearly if this parade had gone ahead at the time applied for in the first place it would have passed through as filed for.”

“They feel they were pushed around,” he said. “The whole police operation has really angered and frustrated them.”

That claim was rejected by Assistant Chief Constable Stephen Martin who said police attempts to engage with organisers in the days leading up to the parade had been rebuffed.

“It was an unlawful parade,” he said. “It was our job to uphold the law, to enforce the Parades Commission determination, and we did that. We only used force when we were subjected to disorder and violence. We always seek to de-escalate the situation as quickly as possible, but while the parade, in its bulk, did disperse, there were still quite a few people about.

"As quickly as possible we dealt with that violence and withdrew from the area."

ACC Martin said police would now examined video footage of the violence, after which those involved can expect “their doors to be knocked”.