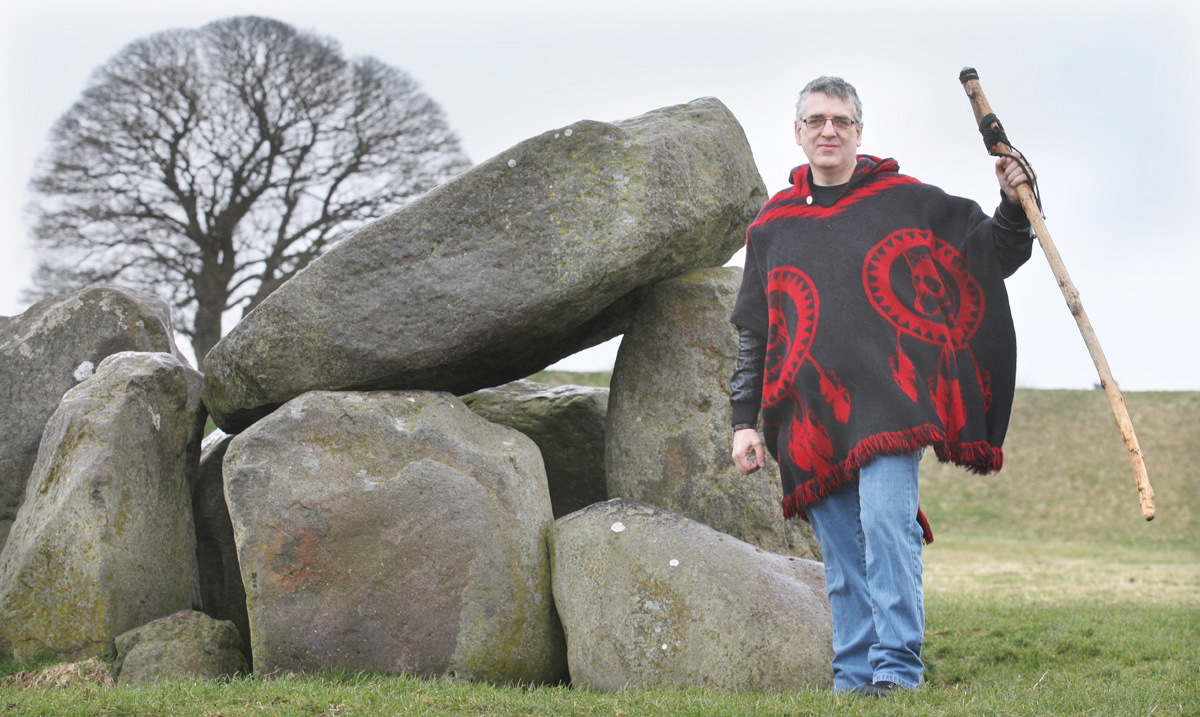 Patrick Carberry, Northern Ireland's first officially recognised pagan priest, says he hopes his religion will be accepted by society as others are

A Belfast shamanic healer has become the first pagan priest to be certified by the authorities since the time of Saint Patrick.

Patrick Carberry, who’s based in Glengormley, applied to Stormont five months ago to be certified as a holy man and officials have now got back to him to say he can now carry out religious ceremonies for people who follow Irish pre-Christian religions.

Patrick, who has been attacked in the past for his beliefs, says he hopes the fact that pagans have official recognition means they will now be more readily accepted in society.

“I am the very first pagan priest in Northern Ireland and it’s a big milestone because until now Stormont has point blankly refused to recognise paganism,” he said.

“In 2009 I set up a church called the Order of the Golden River but the members and I agreed to keep it underground because the people were afraid of being targeted.”

Patrick says the fear of attack is well-founded as he was assaulted at a small outlet he opened in the Park Centre last September. But he says he’s now happy to announce he is a full-time priest in the pagan religion now he has official recognition.

“I’m not in the slightest bit bothered. I am a full-time pagan priest and it’s as simple as that. That’s what I do. Other people have jobs and do their paganism outside of that but I am the same level as any priest or reverend and I have now been recognised as such.”

Patrick said the Order of the Golden River deserves to be respected along with other religions.

“We are a pagan order which believes everyone has the right to live and have their own faith without fear. We were underground but at a meeting the Order members agreed to speak out about our faith and stand up for our beliefs. We are happy to explain our faith to anyone who asks because our aim is to dispel all the misinformation which people have about paganism.”

Patrick says he can now perform weddings in full compliance with the law.

“I can marry people in stone circles or ancient woodlands. It really is a milestone for Northern Ireland and a great day for pagans.”

Patrick’s commitment to the spirital life has put him in harm’s way more than once. Last year he was in Ukraine filming for a psychic television programme when he was caught up in the fighting there. He had been attending a gathering of 150 psychics from around the world organised by Ukranian TV.