No justice from Cage 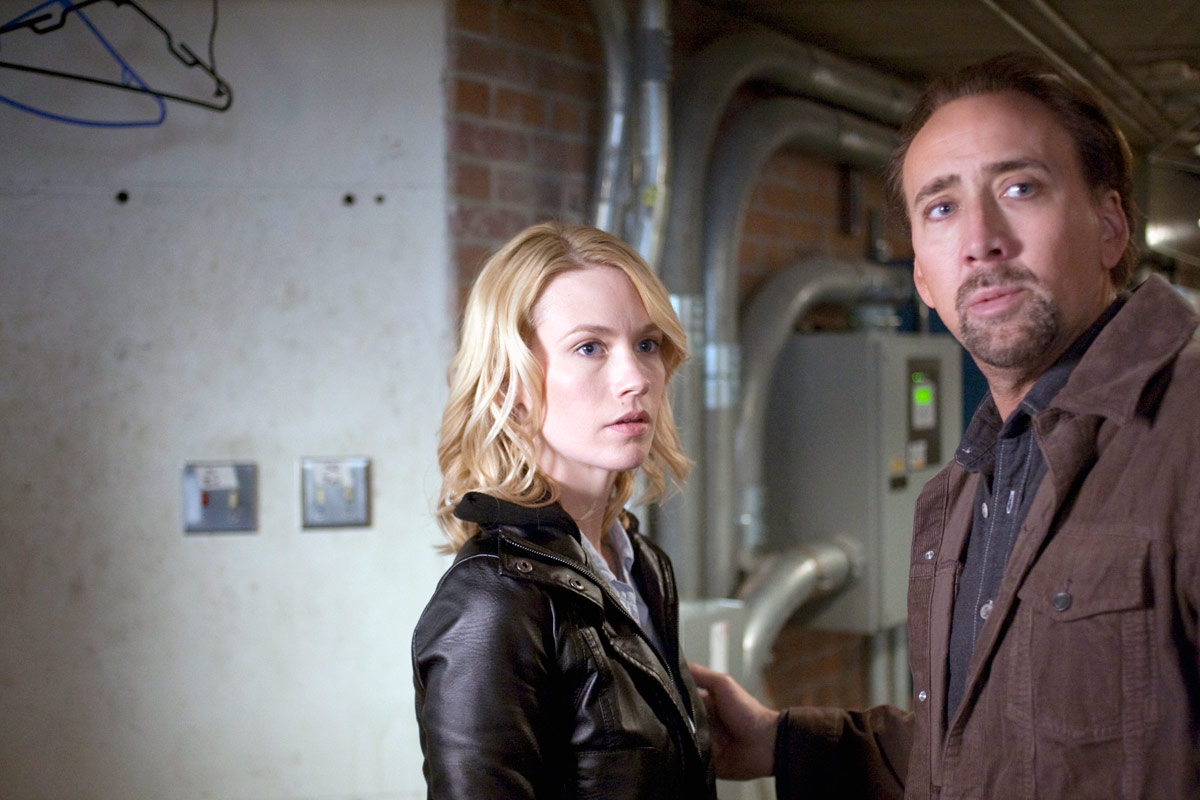 Their idyllic world is shattered when Laura is violently assaulted in the street and left for dead at the hands of her heartless attacker.

Sitting in the hospital waiting room, devastated Will tries to take it all in, coming to terms with the terrible attack on his wife. But Will is not alone.

Out of the shadows emerges Simon (Guy Pearce), a mysterious stranger who explains that he represents a organisation that 'deals with people' and, for no fee, he can arrange for the criminal who attacked Will's wife to be dealt with in the harshest possible terms. The only condition is that Will will have to return the favour some day and help Simon out when he needs him.

Racked with despair, Will accepts Simon's offer and no sooner is the deal done than the man responsible for the attack on Laura is murdered in his own home.

However, six months down the line, Simon approaches Will out of the blue and, calling in his debt, asks Will to murder a suspected paedophile. Unable and unwilling to take a life, Will refuses and things turn nasty very, very quickly...

A somewhat bland, boring and predictable thriller, the only thing that Justice seems to have going for it is a cast that pits the erratic talents of Nicolas Cage against the stern and stone-cold demeanour of the excellent Guy Pearce.

However, with a by-the-numbers plot that plays to the overdone vigilante flick metaphor of an ordinary man taking the law into his own hands (Death Wish, The Brave One, Law Abiding Citizen, etc), not even the likes of Cage and Pearce can save this wishy-washy tale from being a bit of a pointless, humdrum slog.

Director Roger Donaldson plays it safe by going for a storyline that's so familiar that you can almost second-guess what's going to happen by the time each scene comes to a close. Even the dialogue is painfully stiff and stilted.

I guess it just boils down to the fact that when you've seen one movie about an ordinary man caught up in a world of paranoia and violence after seeking the retribution of cold, satisfying revenge, you've seen them all.

Also, for a thriller, it's sorely lacking any really decent punch-ups, shoot-outs and action scenes and, apart from a mildly entertaining chase scene that's set on a busy motorway, there's not much here that'll set your pulse racing.

Performance-wise, Cage looks awkward and bored, playing it uncharacteristically calm and straight throughout – there's little chemistry between him and screen wife January Jones and, although Guy Pearce does play a mean bad guy, it's not enough to save this disappointing attempt at a thriller.

There's not much here to keep even the most patient and devoted Nicolas Cage fan content. Justice is rather painful and needlessly drawn out for no real reason whatsoever. If you're looking for an intriguing thriller, you're sadly looking in the wrong place with this one.