No, Minister: a study guide to that teacher training spat 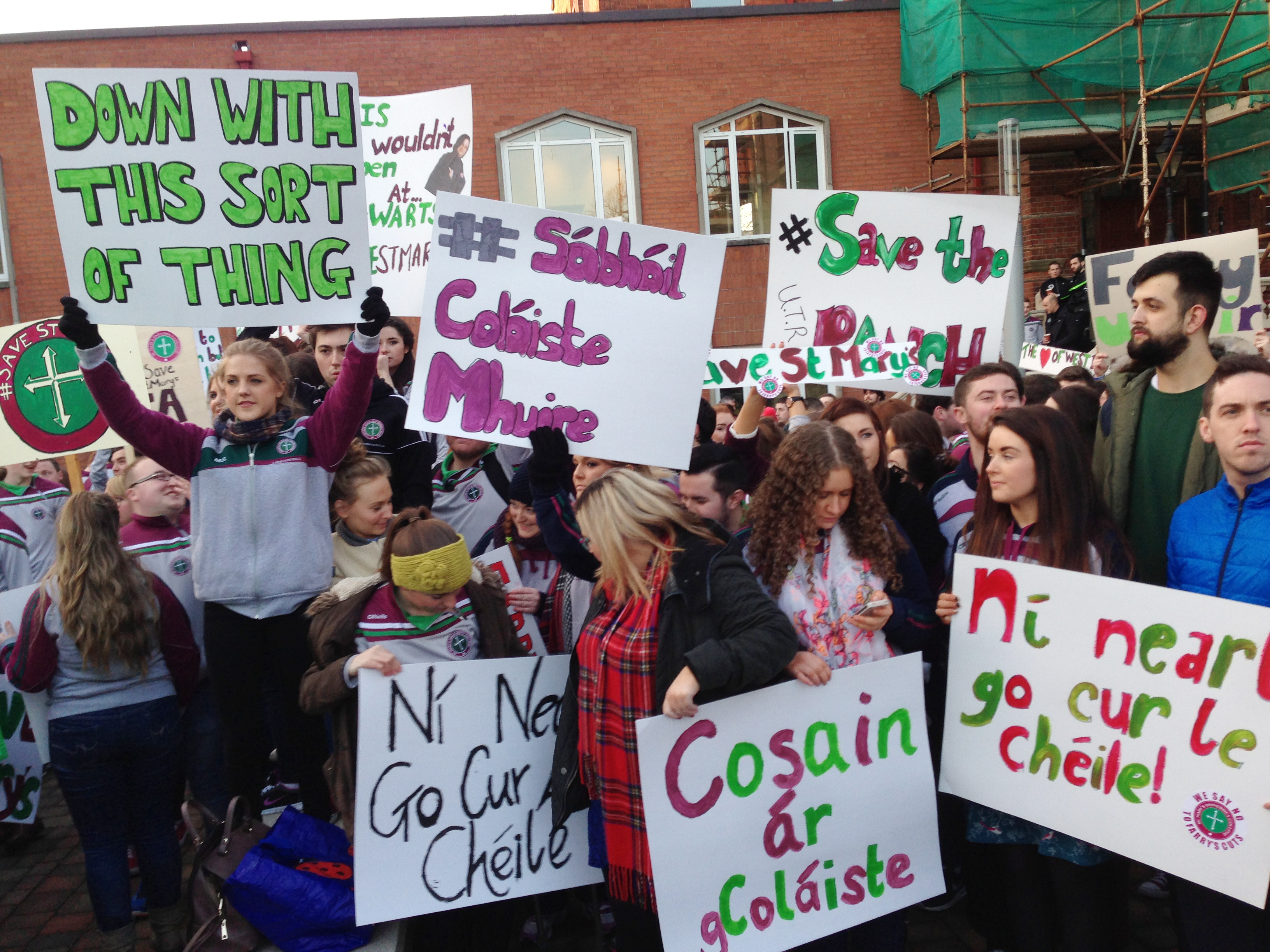 Yesterday was a bruising day for Stephen Farry, the Alliance Party Minister for Employment and Learning, as the Stormont Executive pulled the rug from under him by vetoing his plan to take away £2.2m in special ‘premia’ from the city’s two teacher training colleges, Stranmillis and St Mary’s.
In a long and sometimes ill-tempered struggle between the minister and the colleges, a combination of staff, students, church and local communities finally won the day and the Minister has been left nursing his wounded pride.
It’s been an often complicated tale of high finance, low blows, student numbers, job availability and political dogma, so as the dust settles and students put down their placards and lift up their pens again, here’s a study guide to what just happened.

What on earth are the ‘premia’ paid by the Department of Employment and Learning (DEL) to Stranmillis and St Mary’s?
The ‘Small and Specialist Institution Premium’ (Premia in the plural) was introduced by the then UUP DEL Minister Reg Empey in 2008 and is paid to educational institutions which are just that – small and specialist; which provide niche services (in this case teacher training) and which don’t have the income-generating power and the economies of scale of the two large universities. The loss of the premia would not have meant the immediate closure of either college, but it would have seriously damaged their budgets, their intakes, their services and, ultimately, their viability.

What reason did Minister Farry give for axing the premia?
Well, he told us just last week that he doesn’t believe the colleges are performing to the standard required and that the money would be better spent dealing with other “pressures” on the DEL budget. He’s also said he thinks the colleges don’t make economic sense and the teacher training system as it is currently framed is not in keeping with the vision of a “shared and inclusive future” – Alliance-speak for integrated education.

Are we buying that?
While you wouldn’t mind winning £2.2m on the Lotto, in the grand scale of things it’s a pittance. The Minister’s willingness to go out on a limb (from which he eventually took a bad fall) over such a relatively small sum has led many to believe that the move is driven more by the Alliance Party’s dogmatic commitment to integrated education than by financial and practical realities. Closing the largest Catholic teacher training college – St Mary’s – would be considered quite a feather in the Alliance Party’s cap.

So why isn’t that going to happen?
Instead of rubber-stamping Minister Farry’s decision, his Executive colleagues voted yesterday to continue paying the premia, leaving him looking very foolish indeed. That was in no part due to an energetic and colourful campaign – led in the main by the students of St Mary’s – that dragged the issue away from the sleepy groves of academe into the full glare of media scrutiny. In the David-v-Goliath narrative that emerged, there was only going to be one winner.

Great news to see the Executive united on this in support of our teacher training colleges, yes?
Um, not really. Justice Minister and Alliance Party leader David Ford won’t have been best pleased to see his guy slapped down, of course. And the harsh truth is that the parties backed the colleges on broadly tribal lines – the DUP and UUP went in to bat for Stranmillis (State or Protestant, in crude terms) while Sinn Féin and the SDLP rallied to the St Mary’s (Catholic) cause.

Trumpets and tears this morning?
Yes, but mostly trumpets. Minister Farry continues to point his bent lance at Stranmillis and St Mary’s, promising to continue to work for “reform” of the teacher training system. “This decision clearly puts the interests of institutions above the needs of students and the economy,” he said. St Mary’s Principal Peter Finn thanked all those who had worked to maintain the premia and added: “St Mary’s is part of the West Belfast community and will remain so.” SDLP MLA Alex Attwood said: “The issue now is to ensure there is no repeat of the impasse.” The West Belfast MP, Sinn Féin’s Paul Maskey, welcomed the decision and said the support of the First Minister and deputy First Minister had been vital. And in a final tilt at the Minister, Bishop Noel Treanor, Chairman of the St Mary’s Board of Governors, said the college’s faith-based education in the Catholic tradition “is consistent with the principle of choice – the hallmark of our school system.”