North Belfast United round up ... 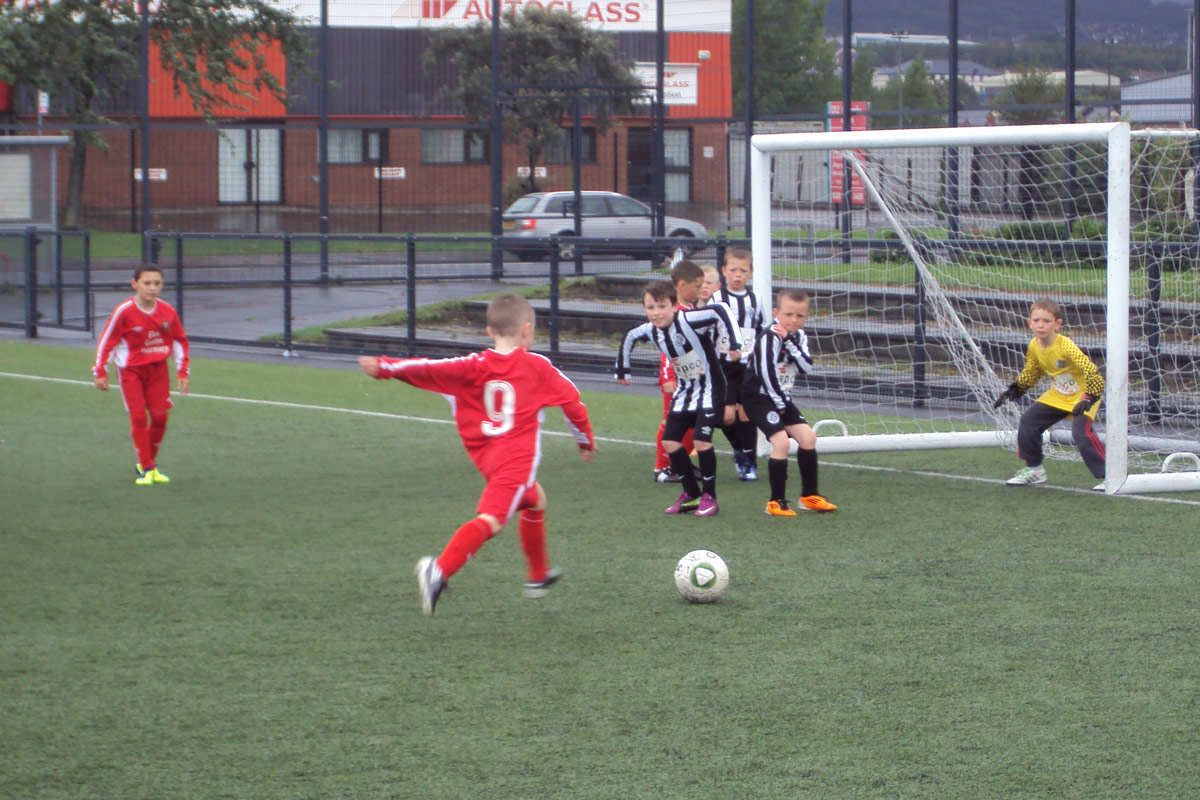 North Belfast United got their season off to a flyer with this all round team display at Olympia.

Within a minute of kick-off, Martin Coyle went on a mazy run and sent an inch perfect cross for Saul Boyle to powerfully head home.

Soon after North Belfast doubled their lead as a teasing corner from Sean Brown was met by the sharp Paul Donnelly who expertly volleyed into the roof of the net. Dylan Mooney was having a great game at the back with his strength and simple play.

Philip Faulkner was called into action from a Plunkett attack but the goalkeeper parried away the shot.

Last season’s top scorer Sean Brown opened his account for this season as he skilfully beat two players before sending a cheeky low drive into the bottom corner.

The second half saw Plunkett come out with a bit of fight but the brilliant defending of Paul Donnelly halted numerous attacks. Tiarnan Floyd and Ryan Markey were brought on and within minutes Tiarnan Floyd scored a goal.

The Plunkett defender held on to the ball too long and Floyd’s determination saw him win possession and go through one-on-one before making no mistake.

Kieron Donnelly was also superb in midfield and his drive saw North Belfast win a free-kick. Up stepped Sean Brown who accurately found the net with a powerful shot to bag his second of the day.

On the right wing Brian Murphy was impressing throughout and his cross saw a scramble in the Plunkett penalty area.

Luckily for North Belfast the ball was put into the net by a Plunkett defender. Anthony Davidson was next to have a shot after his brilliant run but it was well blocked by the defence. MOTM: Martin Coyle.

Jack Lyndsey was involved in the opener when he set up Lee McAlea to finish before Stephen Sullivan coolly converted Ciaran McAuley’s incisive pass.

The defence of Paul Watson, Conor McAuley, Piaras McVarnock and Paul Logan remained watertight while Caolan Butler was assured between the posts.

McAlea then made it 3-0 following nifty footwork from Ciaran Curley. United stormed out of the blocks in the second half and they extended their lead through Sullivan in a move started by man of the match McVarnock.

McAlea added two further goals to round off the scoring for NBU and although Hillsborough scored a consolation goal it could not detract from a very convincing display. United face Banbridge at Wallace Park this Saturday.

NBU would like to extend the best of luck to the Lower Maze player who unfortunately broke his leg on Saturday, which forced the match to be abandoned at 2-2.