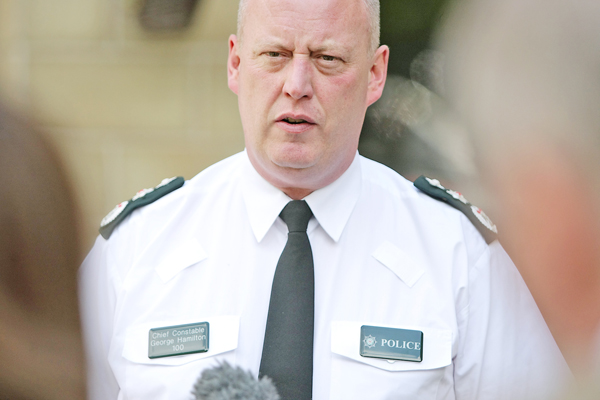 THREE of the North’s most senior PSNI officers are under investigation by the Police Ombudsman for alleged misconduct in public office and criminality. The allegations could result in conspiracy to pervert the course of justice.

The inquiry concerns how the PSNI conducted an investigation into allegations of bribery and fraud in 2014. It includes allegations that entries in police notebooks and journals were changed. There are also claims that the PSNI didn’t follow proper procedures to obtain warrants.

In a statement the PSNI said their officers “completely refute the allegations made against them and are strongly of the view that these complex investigations into the complainants were conducted with professionalism and integrity”.

“We have full confidence in the OPONI (Office of the Police Ombudsman for Northern Ireland) to complete a thorough investigation and we trust they are left to do so without ongoing public commentary.”

The Police Ombudsman’s office has declared the investigation a ‘critical incident’.

“The office has set up a dedicated team to look into these matters. It includes six investigators. The office has not recommended the suspension of any of the police officers concerned.”

The investigation is expected to take more than a year to complete.