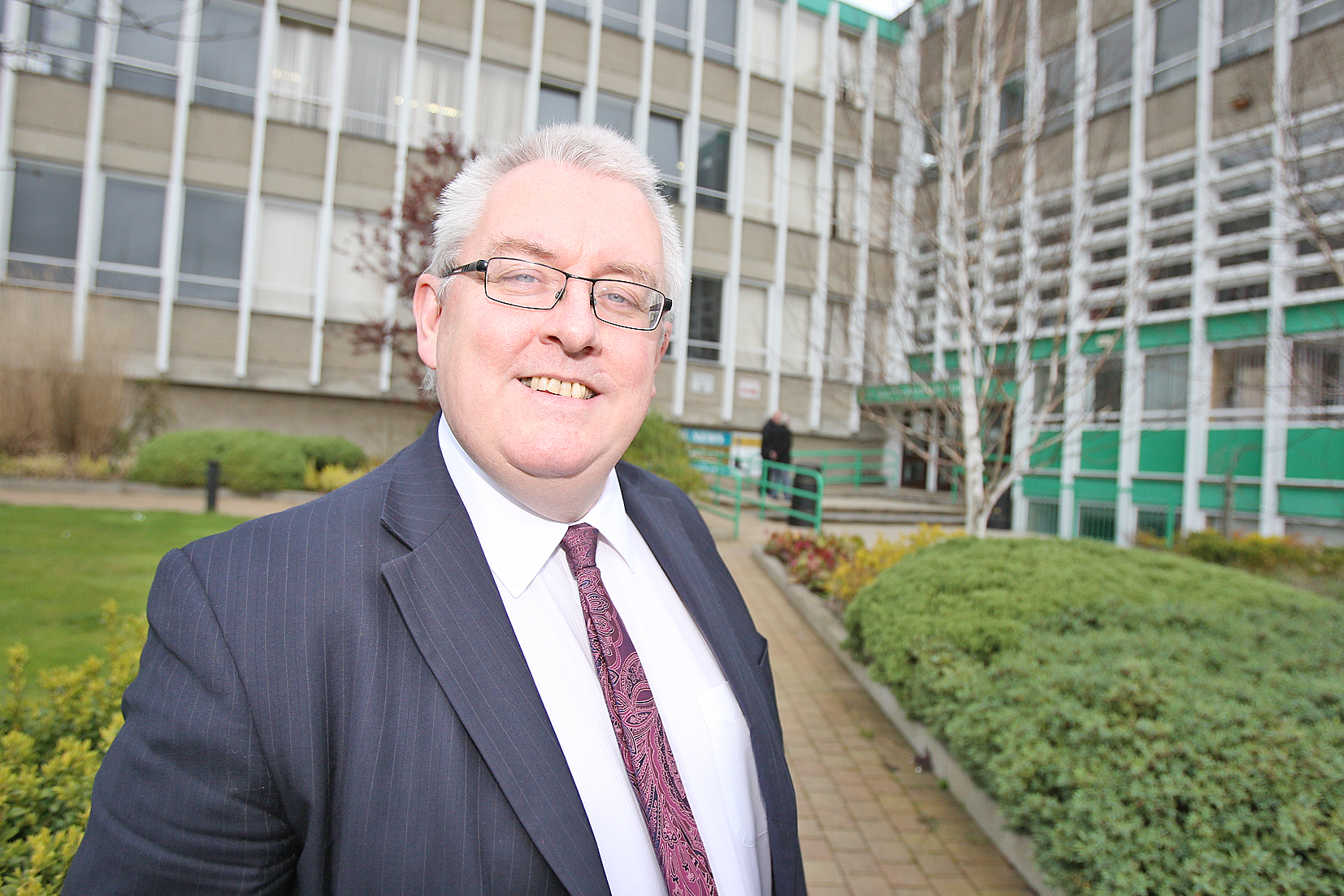 Professor Pól Ó Dochartaigh during a visit to his alma mater, St Mary’s Grammar School. He says students, parents and career advisers should take a new look at studying in the south

A former Belfast student and Ulster University academic who’s now the Registrar and Deputy President of NUI Galway is urging students, parents and career advisers to rethink their attitudes when it comes to studying in the south.

Professor Pól Ó Dochartaigh spoke to Daily Belfast during a visit to his former school, St Mary’s Grammar on the Glen Road, and explained how some universities down south will introduce a new pilot scheme for northern applicants from 2016 which means that almost all courses are now within reach of students with three A-Levels.

The former Dean of the Faculty of Arts at Ulster University Coleraine said that the number of students from the north applying for university places in the south remains low – but he adds there’s no reason now why that shouldn’t change.

“From my perspective the north has almost 30 per cent of the population of Ireland yet only two per cent of the applicants to universities in the Republic come from the north, so something isn’t working out,” he said.

“A big incentive for students and their parents is the issue of paying fees for their chosen course. You can pay the fees for an entire three- or four-year degree in the Republic for the same or less than the cost of a single year across the water – so the questions remains, why on earth would you go to England?

“Many people tend to get locked into the UCAS system of applying. In the Republic you have the Central Admissions Office (CAO) and it’s a very easy application system. Your points, obtained by your grades, get counted up when your results are issued and if you have them, the grades, you are in, it’s as simple as that.”

Professor Ó Dochartaigh said there’s much to commend the Republic as a study choice for Belfast students, even aside from the revised entry criteria and course costs.

“I came to Galway a year ago and there is a real international flavour about the city,” he said. “The Republic has four universities in the top 300 in the world – Trinity, UCD, NUI Galway and UCC. We have just over 100 students from Belfast at present in Galway, which is such a small fraction of our 17,000 students, and they are mostly coming from Rathmore, St Mary’s, St Malachy’s and Bloomfield.

“I think career teachers and parents should be encouraging their children to start thinking, what is really the best option here? Are they really weighing up all of the factors? The landscape has changed so much

“I think all the facts should be put in front of potential students about all the options in these islands. There has been tremendous work done over the past 15 years in transforming NUI Galway into a real international player. It’s in the top two per cent in the world and offers a real international environment, with the Conamara Gaeltacht as our hinterland. Students need to look at what is on their doorstep and just down the road when it comes to their third-level education.”