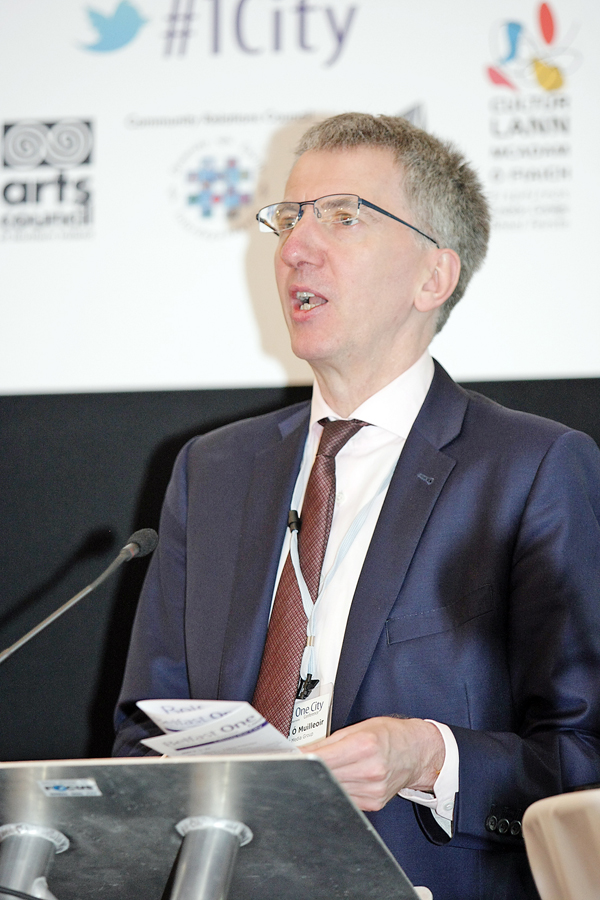 SOUTH Belfast Assembly candidate Máirtín Ó Muilleoir has written to the Director of the Royal College of Nursing about the challenges facing Filipino nurses sitting the English Language Test (IELTS).

IELTS, the International English Language Testing System, is designed to assess the language ability of people who need to study or work where English is used as the language of communication. It uses a nine-band scale to clearly identify levels of proficiency, from non-user (band score 1) through to expert (band score 9).

For registration bodies representing the healthcare professions, such as nursing, medicine and pharmacy, English language competence is of critical importance.

Mr Ó Muilleoir said: “Through my association with the Filipino community, I have learned of the significant challenges for Filipino nurses who wish to register with the Nursing and Midwifery Council. In particular, I was concerned to learn of the extreme challenge of the English Language Test, which I understand has a very high pass threshold.

“It is my understanding that nurses from English-speaking countries such as New Zealand and Australia struggle to achieve the pass threshold and indeed the overall success rate on first attempt is 2%.”

Mr Ó Muilleoir said that he “fully understands” the importance of communication in the nurse-patient relationship, but he feels in these circumstances, the language testing required by the nurse regulator should be questioned. He said: “I am well aware of the concerns about nursing shortages and notwithstanding the need to ensure that overseas nurses can communicate with patients and their families effectively, I think we need assurance the language test is not a barrier.”

Janice Smyth, Director of the Royal College of Nursing (RCN) in Northern Ireland said: “Information available to the RCN indicates that there are upwards of 2000 nursing vacancies in Northern Ireland when you take into consideration hospitals, community and independent nursing homes.

“We simply do not have enough nurses and employers in both the public and private sector have been trying to recruit nurses from overseas to fill these vacancies. The regulator, the Nursing and Midwifery Council (NMC), requires nurses from overseas to undertake the IELTS English language test. The pass threshold for the test is set at a high level and the first time pass rate is reported as being extremely low, even in cases where nurses use English as a first language. Nurses can re-sit the test, however this is expensive and is attributing to a delay in getting nurses through the system.

“Members have advised us of the difficulties this is presenting for nurses and those who are recruiting overseas nurses, and the RCN has raised this issue with the NMC. Recruiting more nurses from overseas does not resolve the wider issue of needing good workforce planning which the RCN had been raising for years. If the Department of Health had listened to nurses’ concerns, and had increased the number of nurse training places, we would not be in this position today.

“In the meantime, we support employers’ efforts in trying to recruit more nurses to ease the pressure in our already over-stretched health care system.”