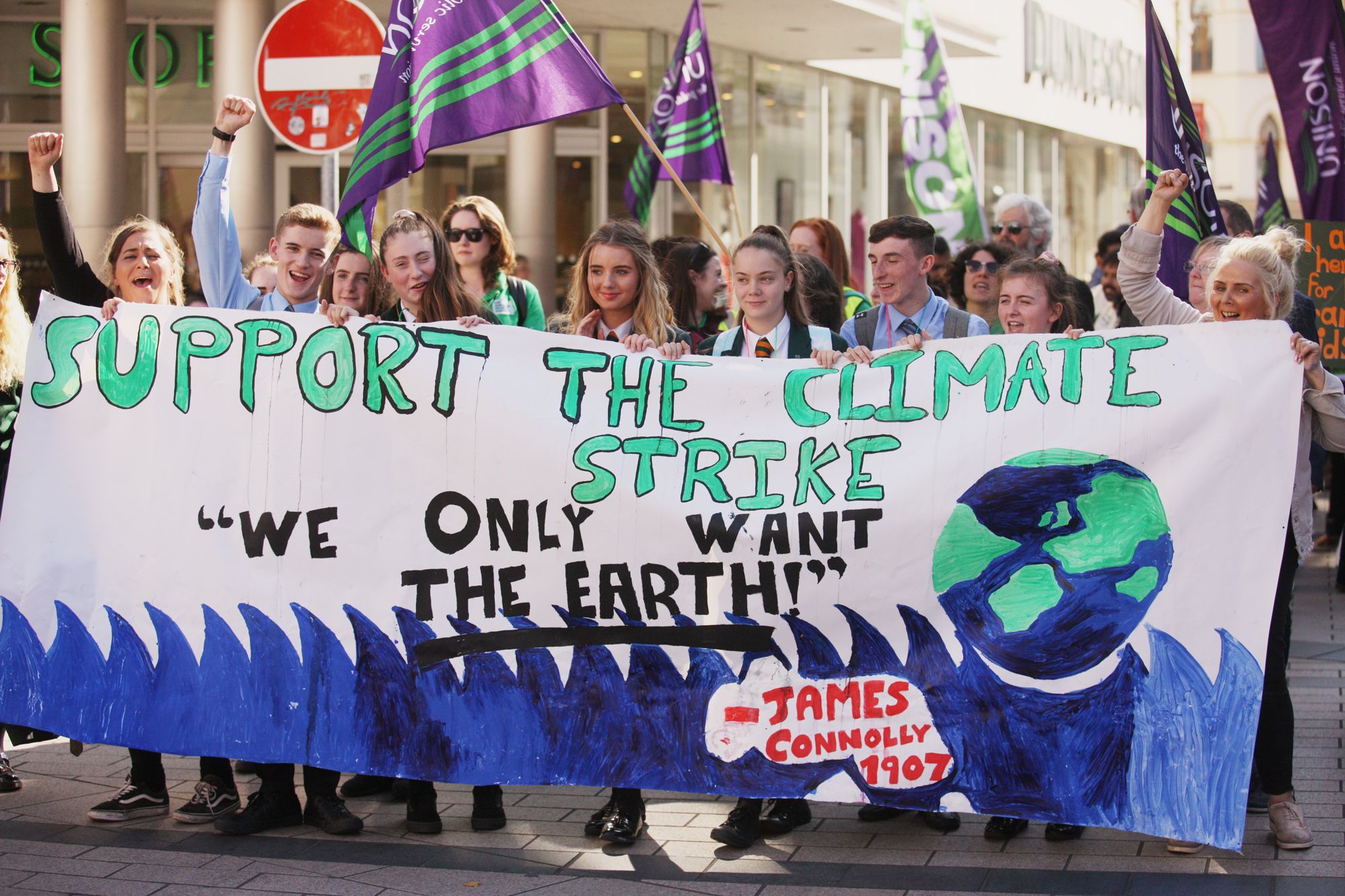 The Sunday Telegraph is always a useful place from which to trigger a culture war and to test reaction to the next policy tilt towards the right wing of English politics. On 14 November it carried a piece on the Johnson government’s plan to produce an ‘official’ history of ‘the Troubles’. This is necessary, the report claimed, because “IRA supporters are rewriting history”.

The British state seriously thinks an ‘official’ history of the Troubles will change nationalist mindshttps://t.co/wejRbv6EeR pic.twitter.com/d2ksySufyp

A group of historians – form an orderly queue  – will be appointed to produce a narrative centred on the role of the British Army and governments from the 1960s to the Good Friday Agreement of 1998. So the broad framing is predictable enough. What is less predictable are the details to be included and excluded, and how the included ones will be sanitised. Since this will be produced under 'Privy Council rules', the official history will hardly be an exposé of what the intelligence agencies, the British Army, the UDR and the RUC were up to all those years.

This piece by Ciarán Quinn is brilliant- brilliantly written and beautifully crafted to make us think carefully about British government proposals on the past. https://t.co/mGQC28AEfn

If it weren’t so serious, this has the potential to become a new multiple-choice parlour game: “In the official history of how Britain brought peace to Ireland, how many times is waterboarding mentioned – (a) 7; (b) never; or (c) see under ‘torture’.” Correct answer: (b).

The Telegraph media group is home turf for Johnson who is missing the “chicken feed” (his words) £250,000 a year he used to get for writing a column. Johnson is close enough to Charles Moore, former editor of the Spectator, Sunday Telegraph and Daily Telegraph, to have flown back from COP26 in a private jet for a “reunion dinner” with Moore and other Telegraph journalists at the all-male Garrick Club – women can’t be members and can only be guests. What better place to express buyer’s remorse over your latest marriage!

Lord Moore – Johnson made Moore a life peer in 2020 – is one of Britain’s leading climate change deniers and sceptics. So why, prime minister, would you jet back from a global climate emergency conference in Edinburgh/Glasgow or wherever it was (Johnson didn’t seem to know), to dine with the former chair of Policy Exchange and current trustee of the Global Warming Policy Foundation which basically exists to challenge any policies designed to stop global warming? Paterson of course! Moore and Paterson are “close friends” and political soul mates.

The appearance of some of the planet’s wealthiest people at COP26 was appropriate in one sense because their personal luxury-consumption lifestyles are massively responsible for where we are today. According to research commissioned by Oxfam, one per cent of the richest on the planet will be responsible for 70 tonnes of CO2 per person each year by 2030.

Sammy Wilson belongs to this hard-Brexit/climate-denial nexus though has yet to find his place in the House of Lords, a seat with a price tag of £3m in donations to the Tory party these days.

Around the Garrick Club dining table that night there was, according to a Financial Times column, “huge sympathy” for Paterson. There was also “a feeling” that Standards Commissioner Kathryn Stone (formerly of this parish as Victims’ Commissioner) “has a vendetta against Brexiters” who apparently now see themselves as victimised underdogs. Paterson was facing a Commons vote that he should be disciplined for an “egregious breach” of the lobbying rules. Change the rules to save poor Paterson! What a great idea – I’ll do it tomorrow! The rest is history as they say – and yet another Johnson U-turn.

Boris Johnson is the Emperor Who Has No Clothes: my latest @FT
https://t.co/2r8nDIMXsN

Talking of private jets, you could be forgiven for confusing COP26 with a Davos meeting. One report stated that 670 private jets converged on Glasgow, Edinburgh and Prestwick for the COP26 meeting which, once the bills are totted up, will be the most carbon intensive conference ever held at over 102,000 tonnes of CO2 emitted. The majority of this was from flights to bring the likes of Jeff Bezos of Amazon to the summit.

In fact one of the largest delegations at COP26 was the 503-strong posse of executives from fossil fuel companies. No single country had as many people at the conference. While company representatives are not parties to the conference and have no formal role in the negotiations, the fossil fuel people were there to slow things down and protect their assets from being stranded for as long as possible. They certainly succeeded in one of their aims which was to lower expectations, one of Johnson’s pre-COP26 scripts. But the Clock Winds Down (thank you Christy Moore).

The appearance of some of the planet’s wealthiest people at COP26 was appropriate in one sense because their personal luxury-consumption lifestyles are massively responsible for where we are today. According to research commissioned by Oxfam, one per cent of the richest on the planet will be responsible for 70 tonnes of CO2 per person each year by 2030. In contrast, the poorest 50 per cent will be emitting just one tonne per person.

The fossil fuel industry had 503 lobbyists and delegates at COP26. 'It's the equivalent of having an Alcoholics Anonymous conference and the largest delegation by far being from the alcohol industry.' - Kumi Naidoo, Environmental Activisthttps://t.co/se3uejH2Se

The climate emergency is as much a problem of inequality and the behaviours of the rich as anything else. We have to call a halt to the hypocrisy of the wealthy masquerading as green planetary saviours while having “a free pass to pollute”. Because the Clock Winds Down.

New paper today estimates the per capita emissions gaps for 1.5C of global income groups in 2030, based on NDCs

Who else currently has a free pass to spew CO2 into the atmosphere? Scientists for Global Responsibility argue that a major loophole in the Paris Agreement was that countries are not obliged to provide data on the CO2 emissions of their armed forces. The US military is said to be the largest single source of greenhouse gas emissions in the world. Another of Johnson’s gifts to the planet is the recent increase in military spending. The UK’s military carbon footprint is 3m tonnes of CO2 per year says the Ministry of Defence, but the scientists say it is more like 11m tonnes.

This may sound obscure, but there’s a direct link between British military practices deployed to defend fossil fuel interests and those used in Ireland. A few months before Operation Demetrius (internment, August 1971), prime minister Edward Heath authorised Operation Intradon, deploying the SAS to take control of Musandam, a mountainous peninsula pointing towards Iran and overlooking the Straits of Hormuz. The Straits are strategically important because a third of the world’s supply of liquified natural gas and about a quarter of global oil supplies are shipped through here.

Part of Operation Intradon involved the British Army’s intelligence corps using interrogation methods that included torture. Between interrogation sessions, detainees were held in complete isolation. They were hooded, subjected to incessant noise and made to stand for hours on end. This took place in Oman’s capital city of Muscat where the Musandam detainees were held. Sound familiar? These “deep interrogation” techniques, or “methods of torture” in the words of former Secretary of State Merlyn Rees, were used against fourteen detainees – “the hooded men” – held at Shackleton Barracks (Ballykelly) near Derry. Shackleton was both a UDR base and an interrogation centre and continued to be used by the British Army until March 2008.

Even as the Compton inquiry (looking into allegations of physical brutality against internees) was in progress, a further two men were detained and tortured. In November 1971, a committee of Privy Counsellors was appointed to advise whether “the procedures currently authorised” for interrogation and custody “require amendment”. The majority Parker report argued that the regime was lawful and covered by a Directive on Military Interrogation from February 1965. No change needed. The minority Gardiner report, however, argued that what were known as the five techniques were illegal under both international and domestic law. Nor could they be justified in the circumstances and politically they were counterproductive.

These reports confirmed that such interrogation techniques were quite normal British military practice and had been used in half a dozen countries including Palestine, Malaya, Kenya and Aden/Yemen. While there is a reference to interrogation techniques being used in the 'Persian Gulf' in 1970-71, the specific torture taking place in Oman was kept under wraps, as was all the written and oral evidence heard by the Privy Counsellors concerning the North. Fifty years ago.

Perhaps the Musandam-related interrogations were just that bit too close in time, if not space, to be commented on openly. Privy Council rules and all that.

By their deeds you will know them. 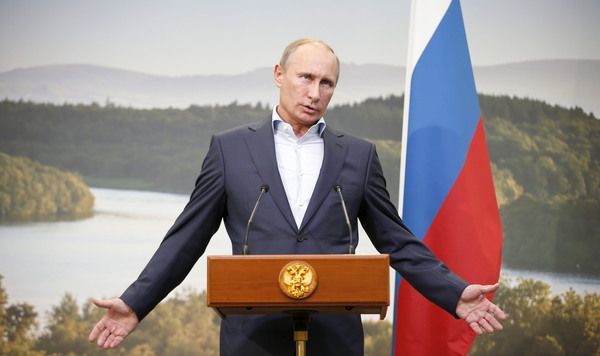 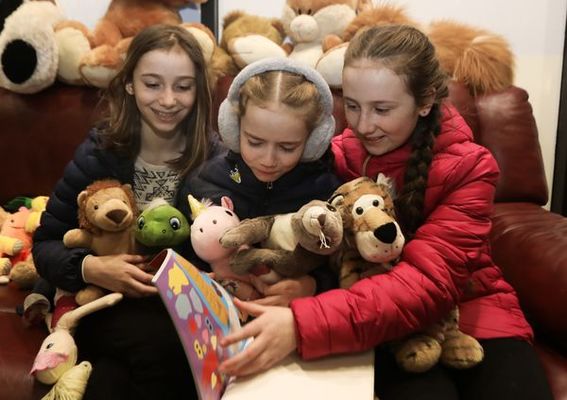