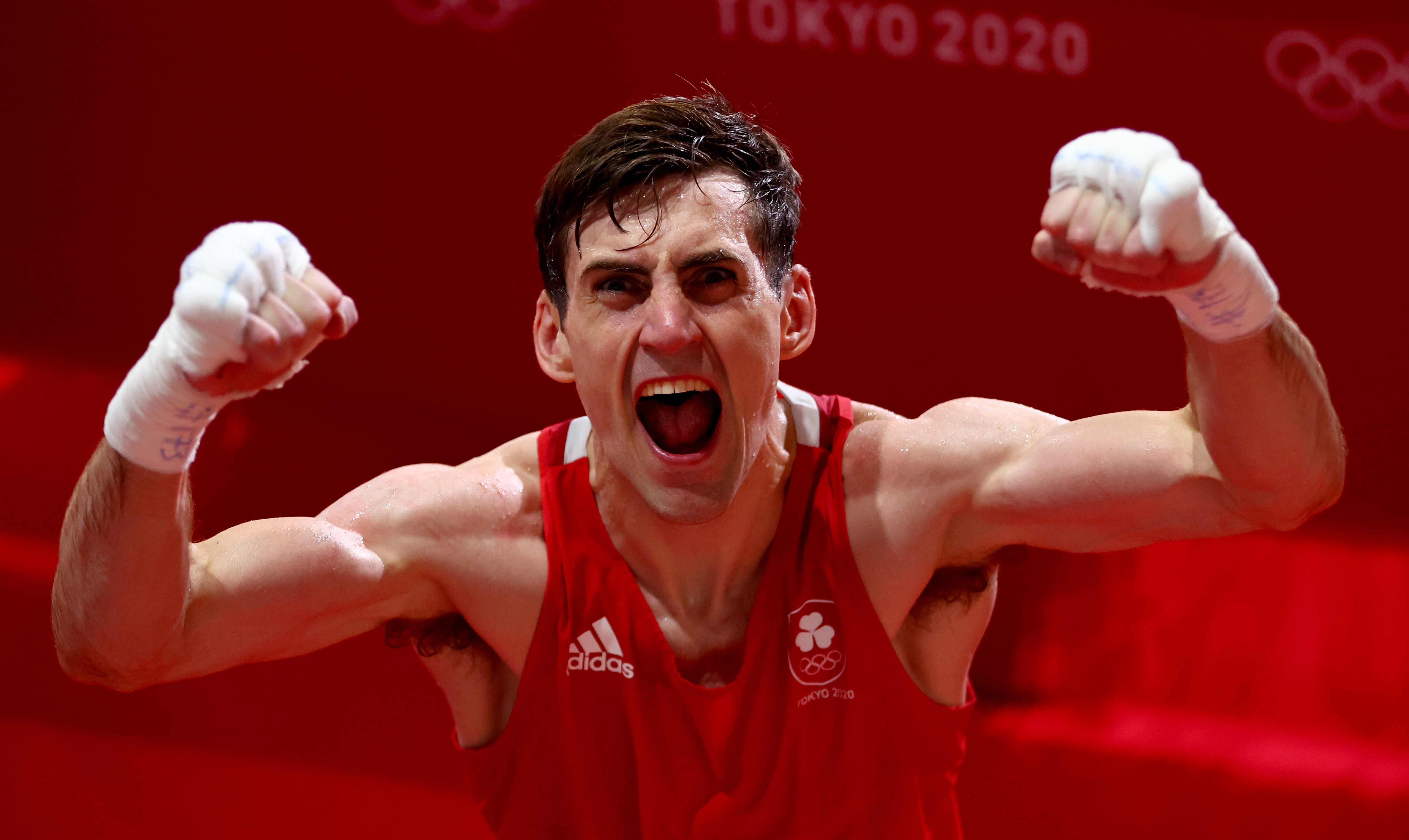 AIDAN Walsh secured at least bronze as the Blacks Road welterweight scored a 4-1 split decision win (30-27 x 3, 29-28, 28-29) over Merven Clair of Mauritius in their quarter-final bout in Tokyo this morning.

The Monkstown ABC fighter ensured it is a first boxing medal for Ireland since the 2012 London Games and will have the opportunity to upgrade it when he faces Britain's Pat McCormack in Sunday morning's semi-final (4am Irish time).

Walsh produced a classy display of slick boxing off the back foot, countering brilliantly and using his movement to leave Clair chasing shadows for the majority of this quarter-final.

It is quite a phenomenal achievement for the 24-year-old West Belfast man who was composed from the off and still seemed to have plenty in the tank at the end.

"I don't even know what to say - it's crazy with he amount of training I've put in and sacrifices: my coaches, club coaches, girlfriend and everybody - it's amazing," Walsh told RTE after.

"I've had so much support and I'm just so grateful - I can't believe it.

"I just do what the coaches tell me. They come up with the game-plan and I just do it. When you're in there, you just have to listen and do what they tell you. I just want to progress on now."

It was a cagey start with Walsh happy to sit back and draw his southpaw opponent inside, using his height and reach to score with the right. Clair was quick, but Walsh quicker and he was excellent with his counters, consistently landing as the Mauritian fighter advanced and swept the opening round.

Walsh was more than happy to stand back and wait for Clair to commit, playing the matador, as his movement and footwork left the Mauritian swinging at fresh air for the most part. The Belfast man was just a little too clever and while Clair did manage to find the target on a couple of occasions, Walsh got the nod on three cards leaving him in pole position heading into the final round.

Clair got through with a jolting right early in the final frame as he was forced to go for broke as Walsh seemed content to glide around on the back foot, making his opponent miss and pay. A straight right through the guard snapped the Mauritian's head back to underline the dominance of the Irishman who had done more than enough to claim the victory and a guaranteed bronze medal.

Next up is McCormack who he lost to in Paris last month, but there will be no inferiority complex as Walsh is riding the crest of a wave having joined an exclusive band of Irish Olympic medalists.

"It's going in there with the belief you can beat anybody with the right tactics from the coaches, implementing what they say and believing in myself. I'm so grateful to be here, so I just want to push on now."

There was also a mention for his older sibling, Michaela, who was chief cheerleader in the crowd along with the rest of the team and he said he would not be in this position had it not been for her support and encouragement over the years.

"We live and breathe this journey and if it hadn't been for her, I wouldn't have stuck boxing out. When I was younger running about the streets, she was the one pulling me in telling me to wind my neck in because of the talent I had, so it's amazing."

Harrington, the number one seed, wasted little time in getting into her flow and consistently beat the Italian to the punch, moving and boxing beautifully throughout to cruise into Tuesday's quarter-final (4.30am) against Algeria's Imane Khelif.

"The first one is always the hardest," she said.

"I haven't even thought of that (winning a medal on Tuesday). Roll onto Tuesday and I'm just fighting for myself and my own honour, so what will be will be.

"If I get a medal, that would be great, but if I don't I'll give it everything. As long as I step out of the ring knowing I've left everything in there, I'll be happy.

"I don't believe there are any top seeds. Everyone here at the Olympic Games has a hard way of getting here. We're all top drawer out here, so it's whoever shows up on the day and whatever happens."