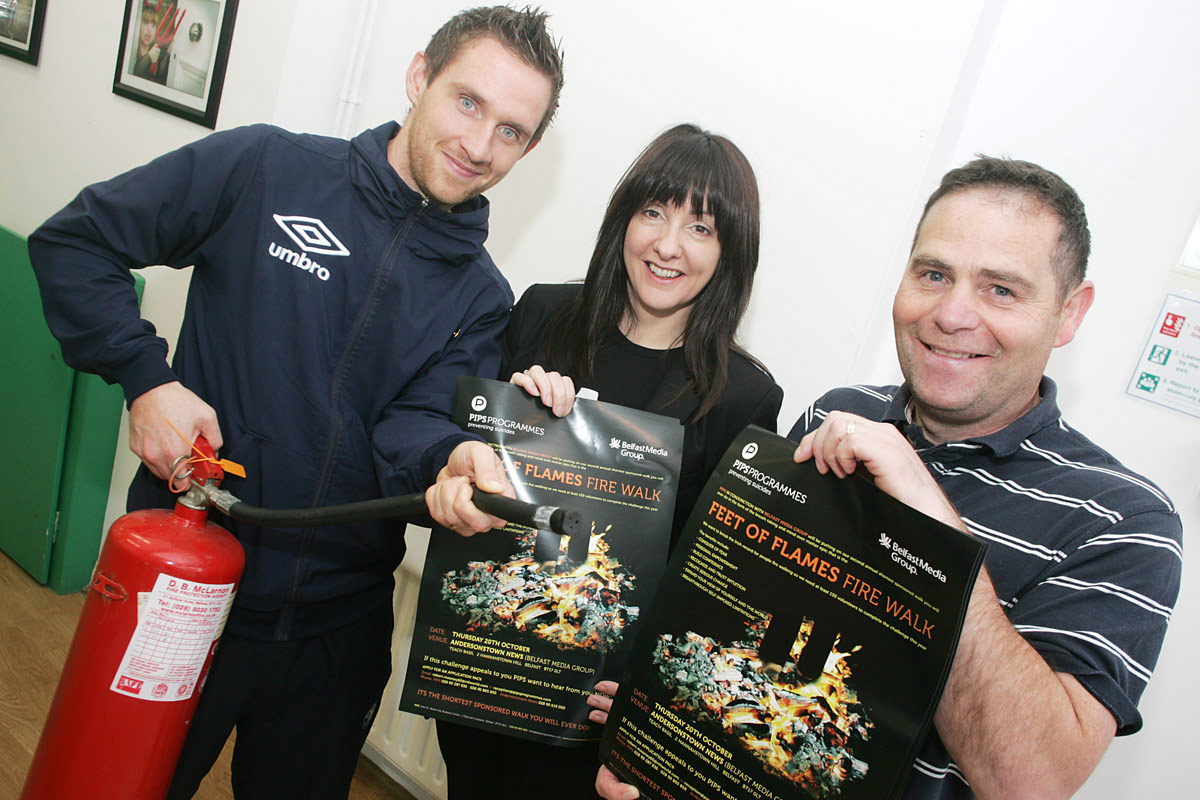 There’s just over a week to go before over one hundred courageous firewalkers attempt to break the Irish record for walking on flames – and raise vital funds for a local suicide awareness charity. Next Thursday (October 20) PIPS Programmes, in conjunction with the Belfast Media Group, are attempting to break the Irish record of most firewalkers in one attempt ­– and they need at least 150 volunteers to do so.

The second annual Feet of Flames Firewalk and will take place at our Belfast Media Group headquarters at the Andersonstown News offices on Hannahstown Hill.

Last year thousands of pounds was raised for PIPS, who receive no funding, to help them in their campaign to raise awareness about mental health and suicide.

Robert Mooney, PIPS volunteer and firewalk organiser, said he’s delighted with the response so far and reminded people that there is still time to sign up for the walk.

“We’re getting more people signing up every week and we are on course to raise vital funds for PIPS,” he said.

“The whole event will be filmed and a DVD will be available for sale in the weeks after the firewalk with all proceeds going towards PIPS.”

He confirmed that the latest brave ‘soles’ to sign up include North Belfast News reporters Gemma Burns and Kieran Hughes.

Robert, who first got involved with the charity after the death of his 16-year-old niece Terri-Anne Mackin in 2009, said his family are keen to do all they can for PIPS after the support they were offered following the death of the Coláiste Feirste pupil.

There’s still time sign up to take part in the firewalk. To apply for a fire walk pack phone PIPS on 90287836 or 90805850; Email info@pipspro grammes.com or robert.mooney60@ntlworld.com or write to Pips Programmes, Unit 34, North City Business Centre, 2 Duncairn Gardens, Belfast, BT15 2GG. Packs can also be picked up at the Belfast Media Group HQ at Hannahstown Hill and our North Belfast office on the Antrim Road. Firewalk participants should aim to raise at least £100 in sponsorship, but any amount will be warmly received.