One year on from Una’s death, her legacy is a continuing gift to the Hospice 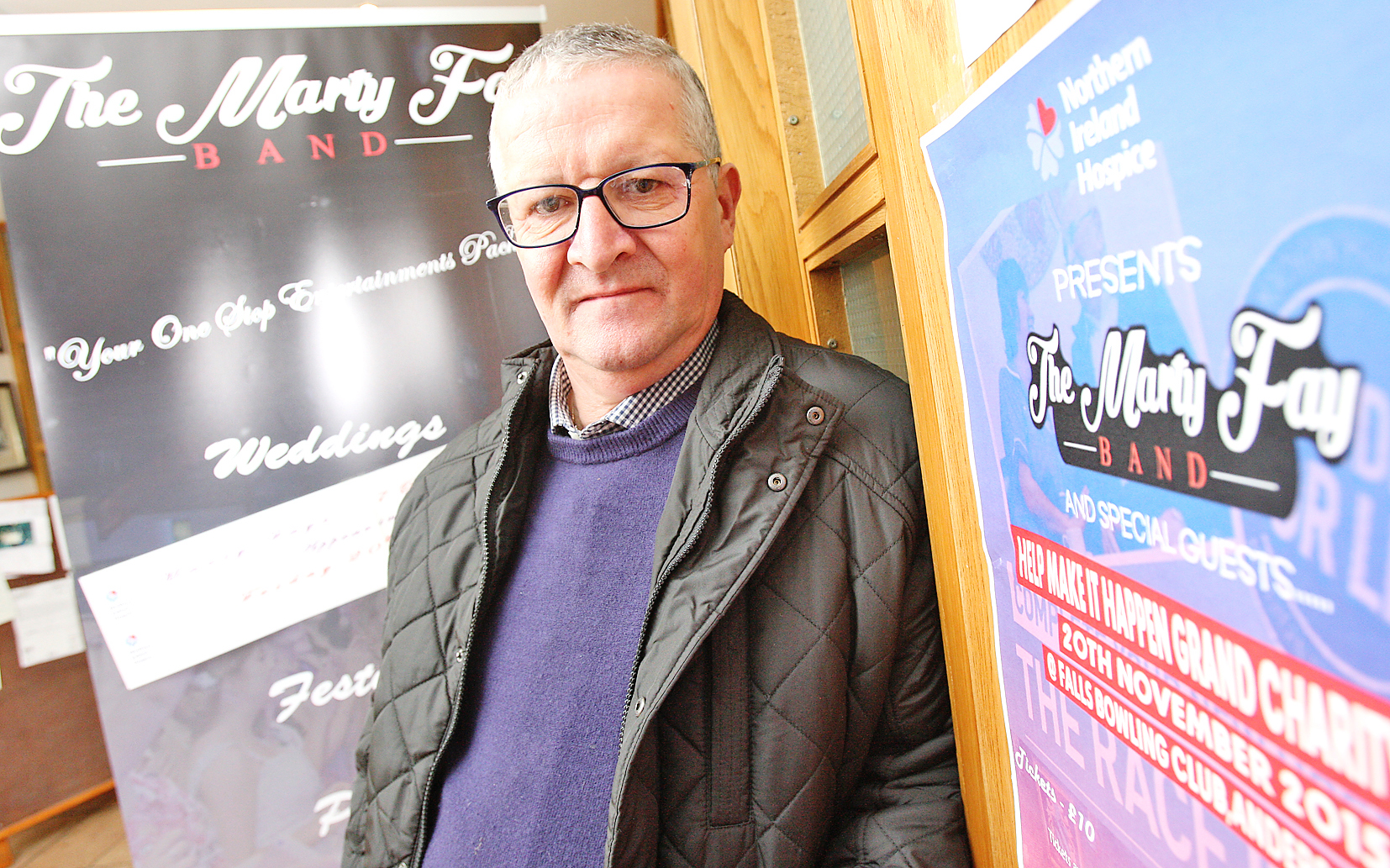 Una Crudden lost her courageous battle against Ovarian Cancer almost a year ago but her legacy and memory live on.

Una’s loving husband Felix has been tirelessly raising funds and awareness for the Hospice ever since. On Friday night past Felix held a fundraiser in the Falls Bowling Club for the Hospice and their ‘Let’s Make It Happen’ campaign.

“On December 4th last year Una died in the Hospice, she was under palliative care with them since July 11th,” said Felix “She was being treated at home but then it got to the stage where we hadn’t got the proper equipment there, so they brought her in. It’s not until you actually use the Hospice that you realise exactly what they do. It’s five-star treatment, not only for the patient but for the family as well.

“When it was my son’s birthday last year Una was in the Hospice. We wanted to do something together, to celebrate as a family, but unfortunately Una wasn’t well enough to be able to leave. They had a party for him there in the day room, it’s a home from home, the staff are so good, the consultants explain everything in layman’s terms to you. And after Una passed away there was a counselling service available to myself and the family as well. They would still ring me to see how things are.”

The Hospice always had a special place in Una’s heart. Before she passed away she raised over £50,000 for them. She recorded a CD that raised £40,000 and then she bravely shaved her hair off when she was going through chemo.

Felix added: “I ran a tribute night in the Devenish on the 25th March this year, there were 400 at it. We had the Lord Mayor there, he was guest of honour. Johnny Hero and Carolyn Stewart hosted it and there was almost £6,000 raised that night.

“I thought it fitting coming up to her anniversary to do the function in the Falls Bowling Club. Again it was a sell-out and Marty Fay provided the entertainment.”

Felix wants to ensure that Hospice remains the focus of his fundraising efforts and is very keen to highlight their Shine a Light campaign.

“On Thursday 17th December, following a short service at Dominican College, Fortwilliam, a torchlight procession will proceed to the new Hospice building on Somerton Road, where the Christmas lights will officially be switched on. As construction work is not quite finished yet, the service will take place outside on the Somerton Road. We are in the process of raising funds now to get the place fitted out. The campaign is called ‘Let’s Make It Happen’ and that’s where the money raised from Friday’s fundraiser will go.”

“The hospice is going to be state-of-the-art with 25 en-suite bedrooms, it’s not only going to be for cancer patients, it’s for anyone with a terminal illness.

“They’re in temporary accommodation at the minute in Whiteabbey Hospital and though that’s great, it’s not ideal. It’s not really suitable for the requirements of the patients. So there’s a big push on now to try and get Somerton Road up and running again.”

Felix would like to thank everyone who has come out and supported his fundraising efforts.

“People have been so generous, as soon as I put posters up to say I’m arranging a function there’s never any question, people always turn up and support us. Marty Fay has been great, he pulls out all the stops for us.

“I cannot emphasise enough how good the Hospice are and how much they need our continued support because one day any of us could need them. Una once described the hospice as ‘a little bit of Heaven on earth’ and she was right.”