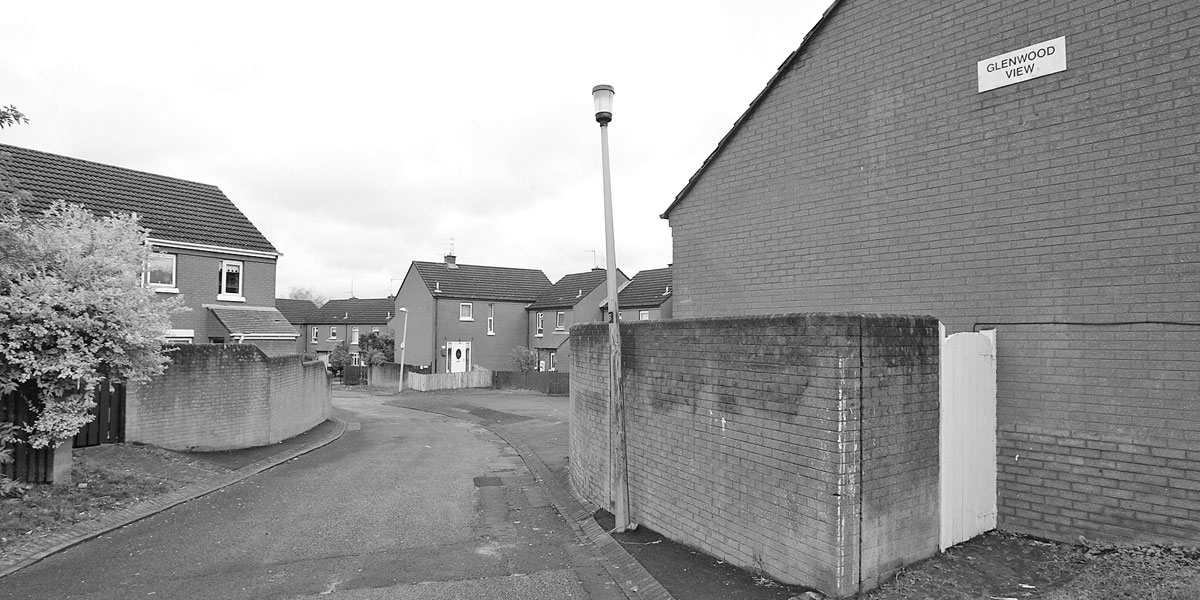 Óglaigh na hÉireann (ONH) are being blamed after a hoax call lured six police officers into a pipe bomb attack on the outskirts of West Belfast.

Police went to Glenwood View in Poleglass just after 8.30pm last Thursday following a report of domestic violence. It has since emerged that the original emergency call was a hoax that was intended to draw police into an attack.

A pipe bomb was thrown at one of two PSNI vehicles before falling to the ground where the fuse burned out.  Two police officers were in the vehicle targeted by the device, which failed to explode.

More than 20 homes had to be evacuated in the area while army bomb experts made the device safe.

The same tactic was used earlier this year in the nearby Twinbrook estate when a pipe bomb exploded after being thrown at a PSNI police car, which had been lured to the scene after reports of criminal damage. That attack was claimed by ONH, and it’s believed the same dissident unit was responsible for this latest pipe bomb attack. The failure of the attack, and the low-tech nature of the device thrown, is more evidence that dissident republicans are struggling to mount any kind of credible campaign.

PSNI Superintendent Philip Knox said Thursday’s pipe bomb was viable and could have been fatal had it exploded.

“A detailed examination of the device thrown at the police officers has now concluded that it was a viable device capable of causing serious injury or death,” he said.

“One of the officers involved tells me that the device passed inches from his face before landing close to the police vehicle. Luckily the fuse burnt itself out on the ground.”

Both Sinn Féin and the SDLP have condemned the attack with West Belfast MLA Jennifer McCann saying those responsible have stooped to a new low by using the cover of domestic violence to lure the PSNI (see mother’s reply, right).

“Those behind the attack in Poleglass have once again put this community in danger and they had 20 families moved from their homes late into the night,” she said.

The SDLP’s Brian Heading described the failed attack on police as “frightening”.

“This attack on police officers attending a call-out is utterly mindless,” he added.