OPINION: Bungling Brits — Is that the cavalry coming or the Charge of the Light Brigade? 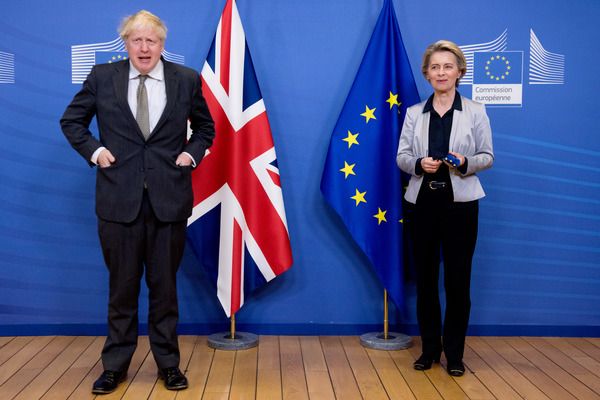 What is it about UK government ministers that they are compelled to claim everything they do is ‘world-beating’?  First we had PM Johnson’s promise (20 May 2020) of the world-beating NHS Test and Trace system that would be in place by 1 June, having stopped tracing and community testing on 12 March.

Branded as ‘NHS’, but in fact a network of private companies, this was the system that would get COVID-19 under control at a cost of £22 billion. Even with the advantage of low community transmission after the first lockdown, NHS Test and Trace failed to suppress the virus. And it will only have a chance of getting ahead of the virus with a properly supported isolation system, assuming the contact tracing can be improved.

Another fix was to be the NHSX contact tracing app, also described by Johnson as world-beating. This was to run alongside NHS Test and Trace but was not ready until the end of September. It will have cost £25 million by the end of the current financial year, £4 million of which was wasted on the data protection-breaching first model abandoned in June. The North sensibly adapted the Republic’s functioning app which was developed at a cost of €850,000.

Exclusive with @BenGartside: The Government has spent £76.6m on flying in lateral flow tests from China since 'Operation Moonshot' was announced

Lateral flow tests missed over half of asymptomatic Covid cases in a Liverpool pilot last yearhttps://t.co/Dsw8G8RMkl

Then the world-beating £100 billion (yes, billion) Operation Moonshot was launched, the idea being that rapid 20-minute tests would make further lockdowns unnecessary and permit schools to function more normally. The Moonshot would run alongside a tier system – shades of the Republic’s model – that in theory would allow lighter-touch restrictions and avoid cancelling Christmas. In Johnson’s words, mass-testing: “would allow people to lead more normal lives, without the need for social distancing”. The trouble is the rapid tests provide only partial screening. Across Ireland and Britain, we are now paying the price of the Christmas-related spree of increased travel and social contacts. The Republic had the lowest daily Covid-19 case rate in Europe in mid-December. Twenty days later it had the highest rate in the world.

So how ‘world-beating’ is the UK? Let’s get away from COVID-19 for a moment. Shortly before Christmas the United Nations (RIP Brian Urquhart) published the 2020 Human Development Index – HDI.  The Next Frontier: Human Development and the Anthropocene is the latest in the increasingly sophisticated Human Development reports that have been measuring social progress across the world since 1990. Every country is ranked according to overall human development: the main Index covers gross national income, years of education and life expectancy.  But there are also rankings for gender inequality, women’s empowerment, and environmental and socioeconomic sustainability. Dozens of indicators make up the rankings.

Yet they persist in treating the COVID-19 pandemic as an international virility contest with world-beating targets and deadlines that are quickly forgotten as the next crisis takes over.

For the sake of comparison, let’s assume you are trying to make a choice about living in the UK or the Republic of Ireland – a purely hypothetical example of course. You might be amazed to discover that the Republic ranks No. 2 in the world for overall human development, second only to Norway. It was 17th in 1990, rising to 5th in 2010. The UK is currently at 13th place in the HDI. That’s a fall of three places since 1990 but an improvement on 2010 when it was in 26th place.

You are thinking of having children so how long can they expect to live? According to the HDI, life expectancy at birth in 2019 was 82.3 years in the Republic and 81.3 in the UK. You are slightly less likely to survive ‘household and ambient pollution’ in the UK where the mortality rate for this is 14 deaths per 100,000 people compared to 12 in the Republic.

On the gender inequality index the Republic is ranked 23rd while the UK is 31st (where 1st = lowest gender inequality). Neither is particularly good as shown by the proportion of women elected representatives in the Dáil and House of Commons – 24.3 and 28.9% respectively (2019). The proportion of women aged 25 and over with at least some secondary-level education is higher in the Republic (81.9%) than in the UK (78%).

Two other indicators caught my eye. One is the spending on health and education compared to military expenditure. The UK spends 8.4 times as much on health and education than on the military; in the Republic the figure is 33.5 times. Given the £24 billion increase in military spending promised by Johnson in November – designed to end the “era of retreat” – it is unlikely that the UK will change its priorities in the coming decade. So we have a political culture captivated by the notion of Empire 2.0 versus a tradition of neutrality and international peace-keeping.

The other indicator concerns income inequality. What is the share of total income captured by the lowest 40% in the income distribution? Between 2005 and 2018, that share increased on average by 0.2% every year in the Republic. While there were ups and downs in income inequality in those years – especially following the banking crisis – the Republic was slowly becoming more equal. In contrast, the UK flatlined in this period, showing zero change on average every year.

Ten years ago the European Parliament passed a resolution to go ‘beyond GDP’ in measuring social progress. As Bobby Kennedy said in 1968, what is the point of a measure of ‘progress’ like GDP which counts as positives “air pollution and cigarette advertising, and ambulances to clear our highways of carnage… It counts napalm and counts nuclear warheads and armored cars for the police to fight the riots in our cities… [but] does not allow for the health of our children, the quality of their education or the joy of their play.” The EU eventually established a Social Progress Index comprising 55 indicators.

How are the Republic and the UK doing on this new measure of social progress? Overall, the Republic is doing well relative to other countries: it is scoring in the second highest (75-80) range. What about the UK? Oh! Wait a minute. The UK is no longer included! Another Brexit bonus.

Even the above cursory look at the HDI – and there are plenty of other indices around – suggests that the UK is not as world-beating as its current leaders imagine it to be. Yet they persist in treating the COVID-19 pandemic as an international virility contest with world-beating targets and deadlines that are quickly forgotten as the next crisis takes over.

They cannot resist the military metaphors or the jingoistic idea of beating other countries. It is hard to know who among them is the prize-winning ‘UK is best’ preacher. Jacob Rees-Mogg and Matt Hancock for describing approval of the Pfizer vaccine as a Brexit bonus?

Or Gavin Williamson, for claiming that the UK was ‘first in the world’ to approve the vaccine because the UK is “a much better country than every single one of them” (France, Belgium and the US)?

Or Johnson himself for his “bugle of the scientific cavalry coming over the brow of the hill” (above) remark? It may be the case that “the breakthroughs in treatment, testing and vaccines mean that the scientific cavalry is now in sight” but, after so many broken promises, we should be forgiven for thinking that this is not so much the cavalry to the rescue as another charge of the Light Brigade.