OPINION - JUDE COLLINS: Lectures from Leo on food bank photo-ops should be taken with pinch of salt 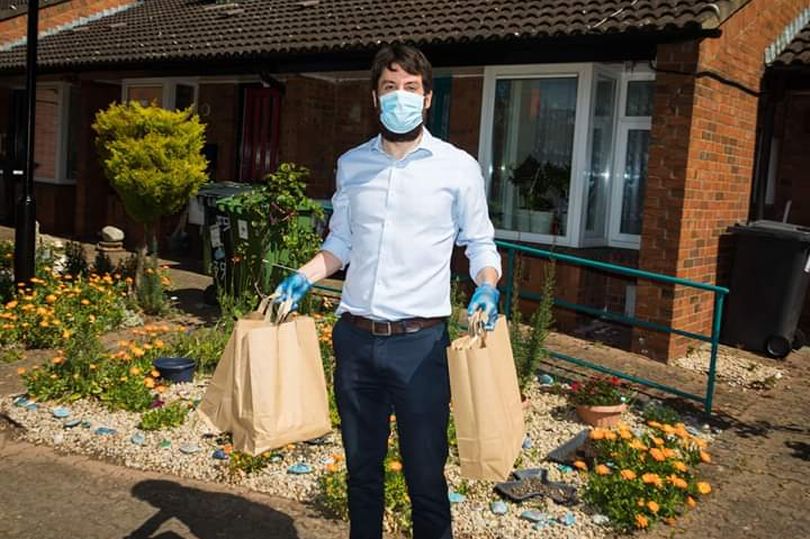 SO, should Sinn Féin ministers in the north  have posted images of themselves delivering food parcels to vulnerable and elderly people?

Well, no, not if they wanted their reward to be a heavenly one. According to the Bible, “When you do good deeds, don’t try to show off. If you do, you won’t get a reward from your Father in heaven.” So if you had in mind getting a few brownie points at the pearly gates, you’re out of luck if you’ve posted pictures of yourself being good.

But I’m going to go out on a limb and say the Sinn Féin people involved in food delivery  had less their spiritual welfare in mind and more letting the population generally know that Sinn Féin isn’t a party that forgets those in need – it literally helps to feed the hungry. And I’d guess that the people receiving these food parcels didn’t give a tinker’s fiddledaddle whether the SF people posted pics or not – the big thing was getting the grub.

But it does raise a more general question: should politicians let the world know when they do a good deed?  Certainly the south’s Housing Minister Eoghan Murphy believes his good deeds should not be hidden under a bushel – he had images of himself helping deliver meals-on-wheels to the vulnerable posted on Twitter.  If you’re a politician, you can’t always depend on having the mainstream media cover your good deeds, so why wouldn’t Mr Murphy let the Twittersphere know what a nice guy he is?

Despite that, An Taoiseach Leo Varadkar was very critical of the Shinners’ action: “Sinn Fein ministers on their Facebook site promote the fact that they hand out food parcels to the poor, reminiscent to me of Donald Trump handing out toilet roll after the hurricane hit the islands in the Caribbean.  I would be ashamed to do something like that.”

He’s a clever boy, Leo. Note how he linked the Shinner actions to Donald Trump and toilet paper, in one deft statement.  It’s like advertising a car by linking it with the glamorous model draped over the bonnet, only the idea in Leo’s case is to link the Shinners with the unspeakable Trump and  with the indignities of toilet rolls.

Leo may well have been ashamed to megaphone the handing out of food parcels, but he’s not a man who hides his own charitable actions from the public. Remember when Leo said he felt so moved by the plight of Covid-19 cases, he was going back to his old job as a doctor one day a week? In no time there were images of the good doctor in scrubs, set to tend the sick.  No modest concealment of the good that Leo got up to. I’m a good doctor, and I want the world – or at least the voting Irish public – to know all about it.

It’s what politicians do. The Fine Gael government keep telling us “Weren’t we lucky that we had an economy in good shape when the Coronavirus hit? That’s because we, Fine Gael, acted so wisely when  in government.”  It’s why Micheál Martin doesn’t hesitate to  remind people that he was the guy who brought in the no-smoking-in-pubs law. Politicians of all parties never tire of telling you what good things they have done, and what good things they’ll do again if only you re-elect them.

But here’s a thing (sit up straight at the back there, this is important).  A week or so back, Micheál Martin was interviewed by Miriam O’Callaghan, and was asked why he, as leader of Fianna Fáil, the republican party, wouldn’t approach Mary Lou, the leader of another republican party, with a mind to forming a government. His reply was that Sinn Féin didn’t have enough to say about the climate crisis in their election manifesto.

At the moment, the Green Party is in negotiations with Fianna Fáil and Fine Gael, about a programme for government.

The Green Party obviously feels that Micheál and Leo’s parties, as things stand, are deficient in their concern for the climate crisis.

So here’s the thing. If Micheál can’t talk to the Shinners because they’re not concerned enough about the climate crisis, couldn’t the Green Party leader make the same excuse about talking to Fine Gael and Fianna Fáil?  How would Micheál have felt if Eamon Ryan had said: “Can’t talk to you, you’re not green enough for us”?  He would have blown a Cork gasket. So we’ve a situation where the  green gap between the Green Party and Fianna Fáil become a matter for negotiation, whereas the green gap between Sinn Féin and Fianna Fáil is totally unbridgeable.

Speak up and explain, Micheál, we can’t hear you. Or if you’d rather, pop over to Facebook and post your answer with your picture.