OPINION – JUDE COLLINS: The latest dagger in the heart of Micheál Martin 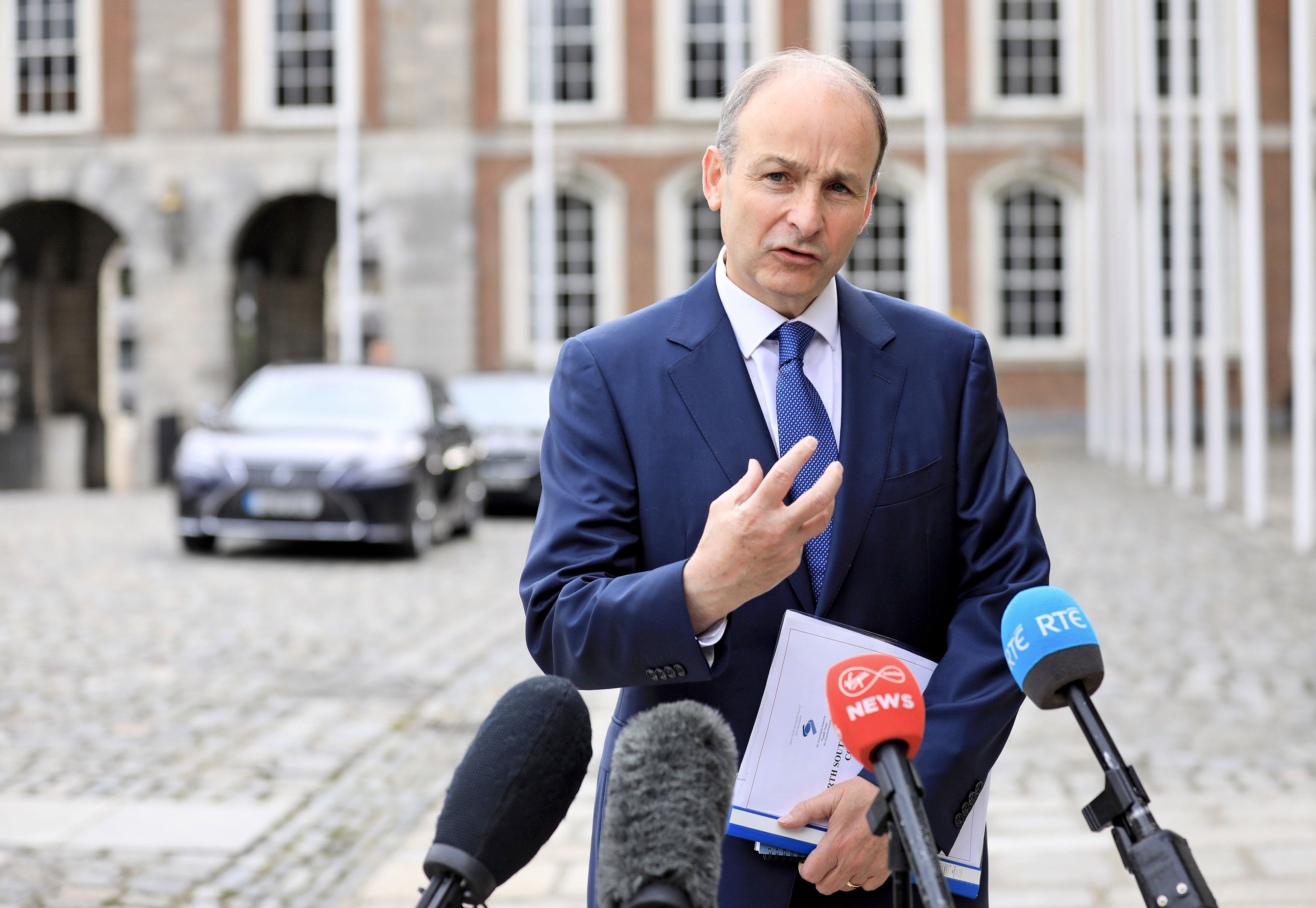 'ANNOYED AND UPSET': Taoiseach Micheál Martin says he understands the anger of people across the country

WHAT’S now referred to as Golfgate must feel like a dagger in the heart of Micheál Martin. Granted, Micheál’s heart these days has standing room only for daggers, what with Barry Cowen’s drink-driving thing and senior figures in his party saying publicly he doesn’t know his asarum from his elbow. And the cherry on top, his very own Tánaiste Leo Varadkar dropping critical comments as well. But the Golfgate thing has moved Micheál’s woes to a whole new level.

The Taoiseach has paddled desperately to put clear green water between him and the Clifden golf dinner. He has told the media he is “deeply annoyed and upset” that there was catering for 81 when it should have been more like forty.

The small consolation for Micheál  from Golfgate must be that it netted Fine Gael’s Phil Hogan and a few other Fine Gael politicians, with the bonus of a High Court judge. So nobody can claim that it was solely the fault of Fianna Fáil, even if Calleary was the sole Minister.

One of Micheál’s political minions has said how he admires Dara Calleary because he is “a man of principle”. Dara’s resignation, this FFer reckoned, shows “the measure of the man”. And his leadership qualities.

Now look – stop swearing like that. I only report what’s happened, so don’t blame me.

Leo Varadkar may well have been furious with his lot, since several Fine Gael people, led by Phil Hogan, were  also in attendance. You can’t start giving out about the bad language of the neighbour’s wains if your own are effing and blinding like Eddie Murphy in a moment of high tension.

The media have locked on to the disaster and have essentially echoed Mary Lou McDonald’s judgement on the matter: “This is the last straw.” But there are a number of matters that no one has seen fit to raise.

One is, what did the Oireachtas Golf Society and this 80-strong band of brothers think they were doing? A do like that takes planning. It’s not as if Dara picked up the phone to Phil the night before; there had to be commitment and planning involved. So did they all think they could do it without the media ever catching on (apart from ex-media man Sean O’Rourke who also attended)? Or maybe they thought it was all safe  and above board – both Micheál and Phil talked about a “mistake” they’d made. But if they thought that gathering over eighty people for a dinner was okay, what kind of eejits are the rest of the public that they’re following grim rules that involve missing landmark days in their family life?

One question appears to have gone missing in the whole bualadh bos: when did Micheál and Leo first become aware of this event?

Because, call me a crusty old cynic, but I can’t believe that at least a tiny whisper didn’t squirm into the ears of Micheál and Leo. Surely at some point someone said, “God, I could do with a break!” and someone else said, “Speaking of breaks, have you seen the deputy leader of Fianna Fáil about?” or “Haven’t seen big Phil in a while. Where is he, do you know?”

It’s just a teensy bit mind-bending that neither Micheál nor Leo knew a thing until it blew up in their faces.

Two possible scenarios. If they did know in advance, they clearly colluded in the event, since there wasn’t a peep out of either until the media stuck it in the headlines.

And If they didn’t know about the event until it exploded in their faces, doesn’t that suggest two seasoned politicians are heading up parties where they don’t know half of what their own colleagues are up to?