OPINION - LIAM MURPHY: Post-Covid we must do things differently 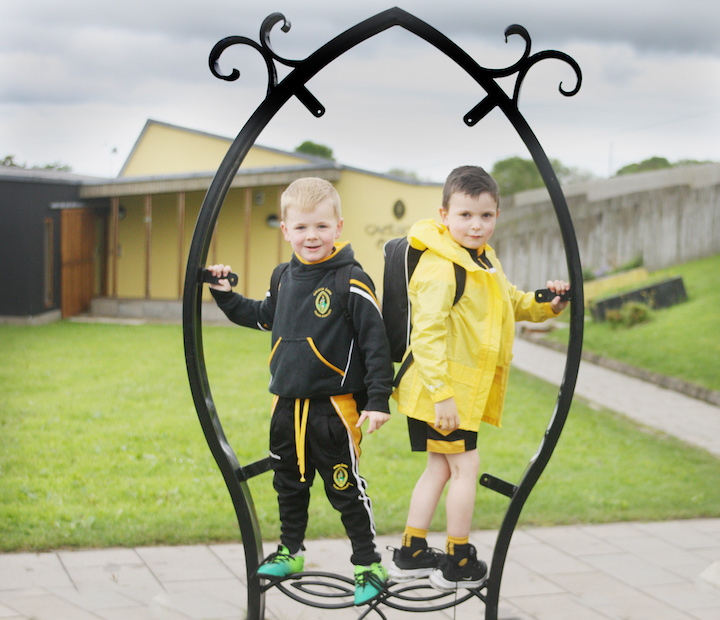 TOM O’Connell was unable to speak or hear. He was the father of a family – his wife shared his disabilities – who all had their faculties. As a teacher I got to know Tom well. He realised that I would be in the school building shortly after 8am (waiting on phone calls from the partners of sick teachers) and he regularly called in with me. He often asked me to make phone calls for him. However, there was a small problem. If I made the call for him and a teacher’s partner tried to ring the school (mobile phones had not yet arrived)  I would be left a teacher short and no cover. On realising this Tom wrote out his ‘list’ which I would deal with later in the day and send a note home with his son.

He was very interested in his children’s education and would ask me how their ‘book learning’ or ‘school stuff’ was coming on. He oversaw his children’s homework and devised tasks to include their skills at home. I remember having a discussion on the changeover from imperial to metric. He made the point that while the metric scales were for the future the children should have a good grasp of imperial equivalents. He reminded me that petrol was now measured in litre, most drivers thought in terms of the price per gallon. I gave him a copy of imperial/metric equivalents. A few days later his son knocked on  the office door and gave me a small parcel. It contained two slices of cake which the boy had made  at home. He had weighed and measured out the ingredients, followed the instructions for mixing and baking and was proud of the result. Tom has long passed away and his children, all of whom did well, are now adults.

I thought about Tom the other day when I saw a video of one of my grandsons making scones. I was told it was part of his homework. He attends Gaelscoil Éanna which has been closed since mid-March, but using modern technology the staff have created an imaginative programme of home tasks which combine what we might think of as school as well as home skills.

The school is staffed by a comparatively young staff under principal, Mairéad Ní Conghaile, it is obvious that they have embraced the modern technology in a most innovative and positive way.

In times to come the era of Covid-19 will be seen as a watershed. While we will hear how many children suffered having no routine and little support we will also be told how many children discovered for the first time the family connection. Many parents will admit that through the lockdown, they became involved in their children’s education and development through online contact with innovative teaching staff in a more meaningful way than ever. We will hear how some children actually profited from being in the home environment while dealing with tasks set by teachers online.

There will be  recognition that teachers, healthcare workers, bus drivers, delivery men, supermarket staff and many others were up to now taken for granted but will hitherto be more valued in society.

The slow pace of change in some academic institutions has been lamentable, with centuries-old, lecture-based approaches to teaching, entrenched institutional biases, and outmoded classrooms. However, for some of our well led schools, Covid-19 will have become the catalyst to search for innovative solutions in a relatively short period of time.

With schools closed here since mid-March, teachers have had to develop alternative teaching practices often with very limited training in distance education. They have frequently been doing this in addition to responding to the needs of their own families and children. Parents of school-aged children, on the other hand, have suddenly had to balance their work or telework arrangements with efforts to support their children’s home schooling activities.


In the best cases, and we are fortunate that our local community is well-served, teachers have managed to cooperate with colleagues and parents to ensure the continuity of their students’ learning and development.

However, in many more traditional schools, some teachers struggle with IT, with keeping up their students’ motivation and engagement levels, or with assessing achievement. If there ever was a time to allow some of our more mature teaching staff to take a well earned rest and allow  younger, IT-motivated young teachers into the system, this is it.

The pandemic has also highlighted the critical role played by parents in supporting students’ learning and development. Establishing clear communication between schools and parents, with simple guidelines on learning objectives and outcomes has been critical in ensuring that parents can help their children without anyone feeling overburdened.

I imagine this is a familiar sight in most houses in Ireland and worldwide at the moment. Another week of home schooling done and dusted. pic.twitter.com/nJ5o7p2ceR

One thing is clear, when this is over, society will be fundamentally changed. Children and their families, our school and college communities, will need considerable support to ensure that no family suffers from lack of IT equipment. The austerity policy of the British government has to be binned immediately.

No adult or child will be untouched. When we come out of social distancing and isolation, children and young people and their families will need help to manage mental health, self-esteem, friendships and relationships.

NO RETURN TO STATUS QUO


We cannot simply return to the status quo. Education support staff roles have been cut to the bone. Teachers  and teaching assistants, supporting the children with the most complex special needs, are being paid insultingly low wages that do not reflect their importance. Teachers suffered in tandem with nurses and health workers over the last decade with woeful pay structures.

While this is an unprecedented crisis that has induced high levels of anxiety, it is also a time where we are all doing things differently and learning from the experience. People’s ability to adapt rapidly to working and educating children at home has been extraordinary, and we should be grateful that we have the technology to assist us. When we have got through this crisis, we will not return to the world as it was. Rather, we are now preparing with our children to face the world as it will be in the future. By and large we have dedicated and imaginative staff in many of our schools. We need to weigh in and share their work load.

Old Tom used to take out a bunch of keys, shake his head from side to side and point to the notice board. He was telling me that, unlike a school near us, we did not keep the parents outside the gate. Now is the time for all the gates to be opened, for the whole community to share the load with our teachers – and our children will be the winners.