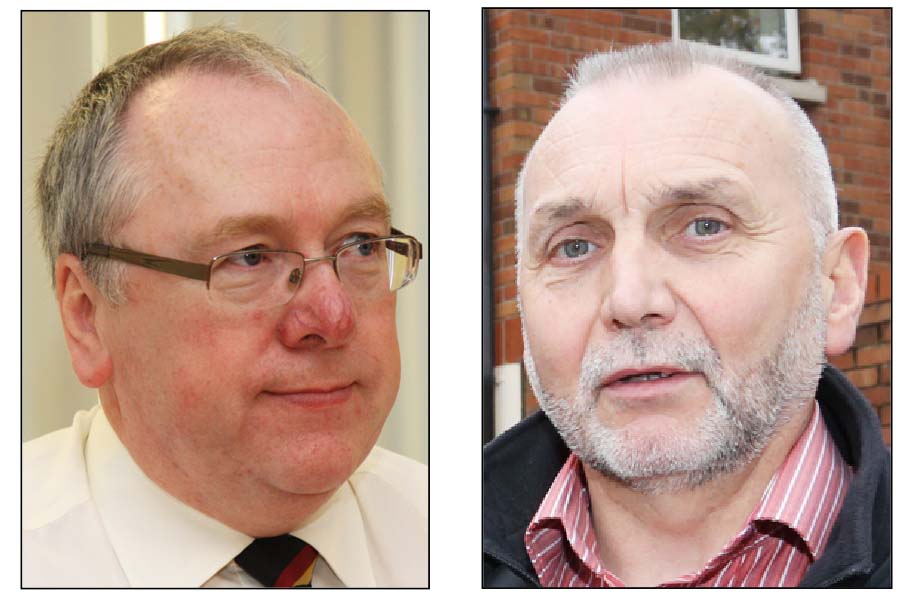 Two old adversaries in the Orange parades dispute will come face to face for a discussion on Orange Order marches tonight.

Rev Mervyn Gibson, a senior Orangeman, and Seán Murray, a senior West Belfast republican and member of a nationalist residents’ group, will come together for a discussion at St Mary’s University College.

At the ‘On the Twelfth I Proudly Wear’ evening the two will give a personal view of parading from the ranks, discuss what parades are about and explore what parading means to both sides.

Speaking ahead of the Féile event, Seán Murray said the two men have been on opposing sides of the parading debate for years.

“Mervyn and I have been on opposing sides for a number of years,” he said.

“During the Hillsborough agreement he was on the DUP side and I was on the Sinn Féin side, during the Haass talks we were on opposing sides. I have debated parades with him before.

“He clearly comes from an Orange perspective and I come from another perspective so I am hopeful for a good discussion and some good questions from the audience.”

Seán said the Orange Order spokesman is to be commended for coming into the heart of West Belfast to put his point across and debate the issues.

“Fair play to Mervyn Gibson for agreeing to come along and get involved,” he said.

“It can’t be easy for an Orangeman to do but he has agreed to. I believe any sort of dispute around parading can be resolved through talking and people sitting down.

“Look at Derry and look at Crumlin village where they sat down and talked. It works and any opportunity to talk and debate is a good thing.”

On the Twelfth I Proudly Wear will take place Friday 31 July at 7pm in St Mary’s University College Lecture Theatre.