Dúlra: The Gold Coast takes its name from the sunset not from the monied set 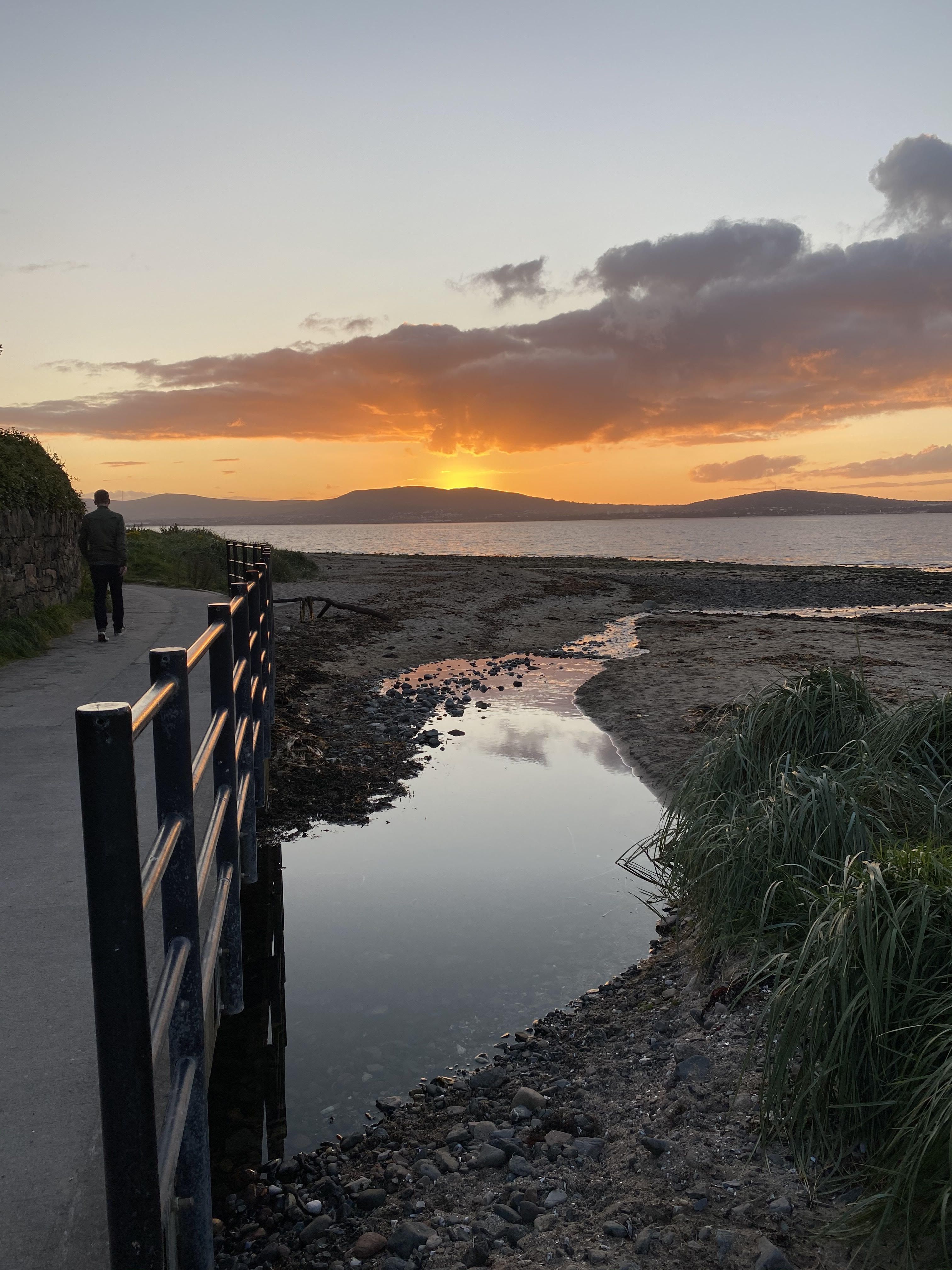 GOLDEN YEARS: The sun sets over Divis, as seen from Cultra

Dúlra used to think the corner of County Down around Holywood was called the Gold Coast because you needed gold to live there among the mansions of Cultra.

But after years watching it from afar from the slopes of the Belfast hills, he realised the truth: it got its name because it always seems to be bathed in sunshine.

Much like a giant west-facing garden, the coastline on the far shores of Belfast Lough lap up the sun’s rays long after they’ve disappeared over Belfast.

And for those of us living under the shadow of the Belfast hills as the sun sets over Lough Neagh, it could add up to hours of extra sunshine every day. Or at least that’s what it seems like to Dúlra every evening as he looks longingly out from the shade at the sun-kissed land in the distance like he was looking at a holiday brochure. If Dúlra squints, he can make out rows of seaside homes in front of bright yellow beaches.

Yet he’d never set foot on those beaches. He’d spent more time walking the beaches of west Donegal a hundred miles away than the ones he could see every day in County Down. Crossing Belfast didn’t come as easy as crossing Ireland.

Lockdown with its foreign travel bans has helped people rediscover their own country. For scenery, there’s no place on earth that can hold a candle to Ireland. The western seaboard in particular is packed with spectacular imagery, but until now, Dúlra never really appreciated what’s on our doorstep in the less-hyped east of the country.

And so it was one evening this week that Dúlra found himself motoring along A2 towards Holywood in search of that glimmering beach. It’s a route less travelled for Dúlra, except for primary school trips to the Ulster Folk and Transport Museum. He hung left at the Culloden Hotel and found himself wide-eyed at the gated mansions on every side.

Van Morrison has a pad here as do business tycoons and even lottery winners. It’s a place for the haves and the half yachts.

Placenames can give you a clue to what you might find – Cultra comes from Baile Cúl Trá – the town of the back beach -– and Dúlra drove down through the mazy, tree-lines laneways until that wee secluded beach suddenly burst into view.

The sun was setting above Cavehill in the distance – you can just about make out Napoleon’s Nose on the hill just to the left of the setting sun in this picture (by the way that’s Dúlra on the left).

To the left of where Dúlra stopped was the giant Seapark beach, which is a huge local attraction. On the right a path hugs the coast all the way to Bangor 16 miles away, and Dúlra just managed a couple of miles before darkness fell.

The lucky locals here live right on the coast, their homes as much an attraction to passers-by as the sea views. Many were obviously home-working with their workstations at the window, Belfast Lough in the background like giant screensaver.

But Dúlra had eyes on the narrow strip of shore alongside the path. Hundreds of birds were feeding here just feet away from walkers – they were so used to people nearby that they didn’t budge. You didn’t need binoculars to enjoy the oystercatchers, redshank and plovers.

But it was visitors from much further away that caught Dúlra’s attention. A dozen geese sat at the water’s edge where Royal Belfast Golf Club sweeps down to the sea. These remarkable birds were pale-bellied brent geese, cadhan in Irish.

They had just arrived from Canada – yes Canada – a full 3,000 miles away. The entire population of this bird – around 30,000 – arrives in Ireland every September, the vast majority around Strangford Lough. On their way here they stop off in Greenland and Iceland for refreshments, and this wee extended family looked to be enjoying our early autumn heatwave.

Van the Man himself is known to take a dander along this pathway. Indeed, it’s days like this that’ll have Dúlra returning to the Gold Coast.