ANDRÉE MURPHY: Palace intrigue will not deter seekers of truth 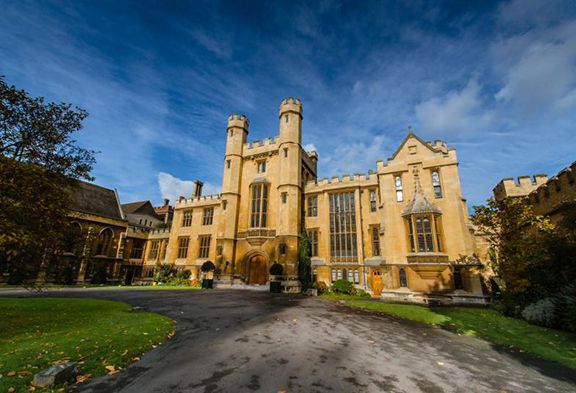 MEETING: The Lambeth Palace get-together excluded any cognisance of the rights of victims

OUR post-Good Friday Agreement years have witnessed the cruel manipulation of some victims for political expediency and the deliberate snubbing of others as their experience does not fit convenient narratives or is just discomforting.

The GFA is unique in international peace agreements with its lack of focus on victims and survivors. Of course, their needs and experiences did not go away. As an old police force was disbanded and a new police service formed, there was little public acknowledgement as to why that was necessary. Those harmed by the RUC and its use of lethal force, plastic bullets and collusion to procure murder were viewed as just another group of “stakeholders” to the Patten Commission, rather than the living embodiment of why change was critical for peace.

The few initial examinations of past abuses came in the form of “nationalist confidence building measures”. Not the fulfilment of rights owed to those whose loved ones had been shot dead at a civil rights march, or targeted and executed as a result of state direction. To have framed the Saville Inquiry or the collusion inquiries in the fulfilment of rights or the rigour of justice would have tilted the axis of debate, no longer viewed as political deal making, and wins and losses, but rather as due process and protection of the rule of law. Sadly, law became negotiable when it came to dealing with the past.

However, in parallel other families engaged the courts. They went for remedy for systemically ineffective investigations to the European Court of Human Rights and won on their complaints that the British state had not been meeting its positive obligations under Article 2 of the ECHR. With one judgment, the lexicon of recovery for families was changed forever.

As more and more families affected by all actors to the conflict sought redress with application for inquests and investigation, ‘legacy’ became a political hot potato. While hitherto intractable issues were addressed, legacy became the site for political mud-slinging (and I use the term mud euphemistically).

This week we heard about a closed process where some came together at Lambeth Palace to discuss legacy at the behest of the Archbishop of Canterbury. Some involved have been particularly vocal this week. They wish to pontificate about how amnesty for actors is desirable and families should be glad of any crumbs of information those with amnesties may share with them.

Missing from the entire process were not only  victims/survivors but any cognisance of the rights of victims. It appears like a pseudo repetition of what has gone before.

Of course, everyone is entitled to talk about the past, and talk about how to contribute to the resolution of issues that appear to politically confound. However, what is not, or at least should not, be permissible is the purposeful denial of the rights of victims of the conflict. Actors to the conflict have taken enough from those bereaved and injured.

It is unlawful, it is immoral and, as the past 20 years have demonstrated, rights-free approaches do not work. Convenient ‘fixes’ that defy law will not dissuade families from the pursuit of what has been denied to them for so long.

The question now is, where will the actors who hold the obligations stand? On the side of law and with families, or on the side of convenience and expediency?