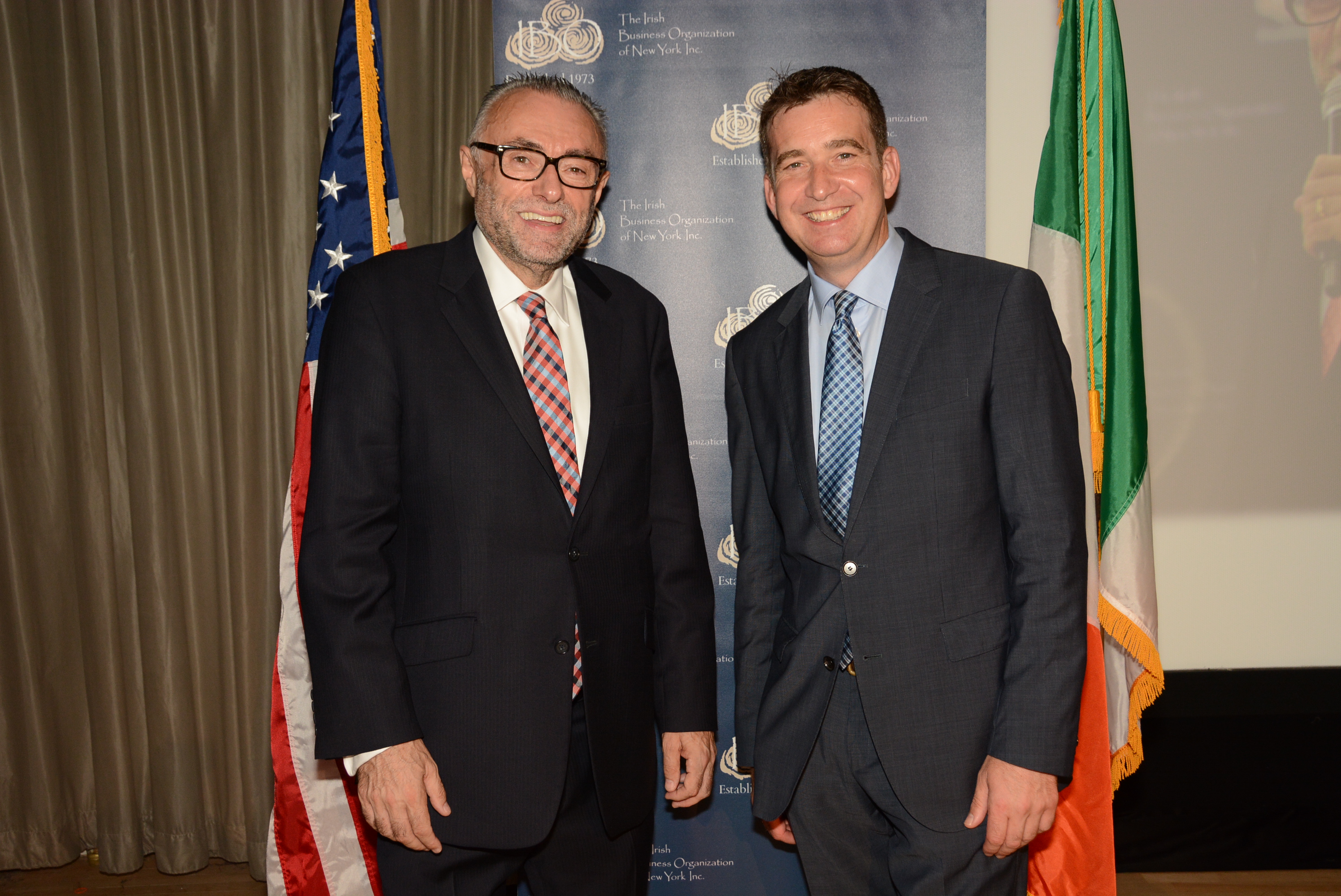 The perils of reporting via social media were partly evident even as Mark Little, one of the great success stories in the new business of social journalism, addressed the Irish Business Organisation in Manhattan.

As Little concluded showing a video on Storyful, the company he launched in 2010 and sold to Newscorp for £13m ($20m) in 2013, noise of uncertain origin burst out. “I hope that’s not my phone!” Little said, adding with panache over the swelling music, “Great, am I supposed to start rapping now?”

The incident turned out to be just ‘autoplay’: YouTube automatically presenting another video when the one you’re watching finishes. It’s a minor example of how the flood of social media can’t readily be controlled.

When Little had the idea of reinventing the news agency model using eyewitness reports rather than professional journalists he had to address other issues, such as fake reports.

He mentioned the fire that broke out on a British Airways plane in Las Vegas recently as the kind of story that is commonly spoofed using old footage.

Besides choosing stories that are relevant and putting them in context, Little said, “We have to do detective work,” to ensure that stories are verified.

For example, Storyful uses satellite information to confirm that, say, a tweet, actually came from a conflict site, using both geographic co-ordinates and local images.

“Storyful is the only company in the world commissioned to provide news for Facebook and YouTube,” he said.

One of the challenges for this burgeoning phenomenon of social journalism is how social media companies manage the gatekeeper role - one that’s second nature to media organisations, but anathema to the likes of YouTube, he added. That may not be his problem.

Although Little still routinely refers to Storyful as “we,” he left in June and is, as his Twitter handle, @marklittlenews, says, “Working on the next thing.” Little wouldn’t be drawn on what that is, but said he’s looking at opportunities on both sides of the Atlantic.

“I choose to live in a place I call Mid-Atlantic,” said Little, who lived in the U.S. from 1995 to 2001, as the first Washington correspondent for Irish television.

Earlier this year, he moved back to New York, from Dublin, with his American wife, Tara, and their two children. (One advised him to work for Google “because they have free snacks,” he said.)

Little identified a huge shift in Irish-U.S. relations. Ireland’s dependency is gone and, he said, “We now have a relationship of equals that is truly unique in Irish history.”

The story of Storyful was the story of Ireland, he suggested, elaborating that when he first floated the idea for his company in 2009, start-ups were rare and he was “slightly embarrassed” to be an Irish businessman.

He got the idea for the business watching the popular uprising in Iran in 2009 reported almost entirely by “17-year olds on cell phones.”

Meanwhile, his employer, RTÉ, hadn’t the budget to send him. “I saw that there was no further role for foreign correspondents.”

On top of notorious known cases of war correspondents who never leave the hotel pool, he detailed some of the prohibitive costs and logistics.

Nightly reports from D.C. for RTÉ used to cost $2,500 for five minutes – and those were discounted rates.

It’s no wonder that Little took the opening technical snafu in stride. After all, as he said, he had reported from war zones: “I had seen people killed.”

He had met global powerbrokers, such as presidents Clinton and Obama. So, he wasn’t nervous asking investors to fund his idea for a start-up in the depths of the recession, in 2009.

He even turned down early offers because he felt the investors weren’t right for him. (This after leaving the security of a quasi-government employer and the pinnacle of investigative journalism—anchor on RTE’s “Primetime,” Ireland’s answer to “Sixty Minutes”).

“You walk in the door telling people you’re inevitable when you know you don’t have money in the bank to pay the employees,” Little said.

He advised Irish people to adopt the advice of countryman Samuel Beckett: “Ever tried, ever fail? Try again. Fail better.”