Plunkett win Club of the Year award at IFA event 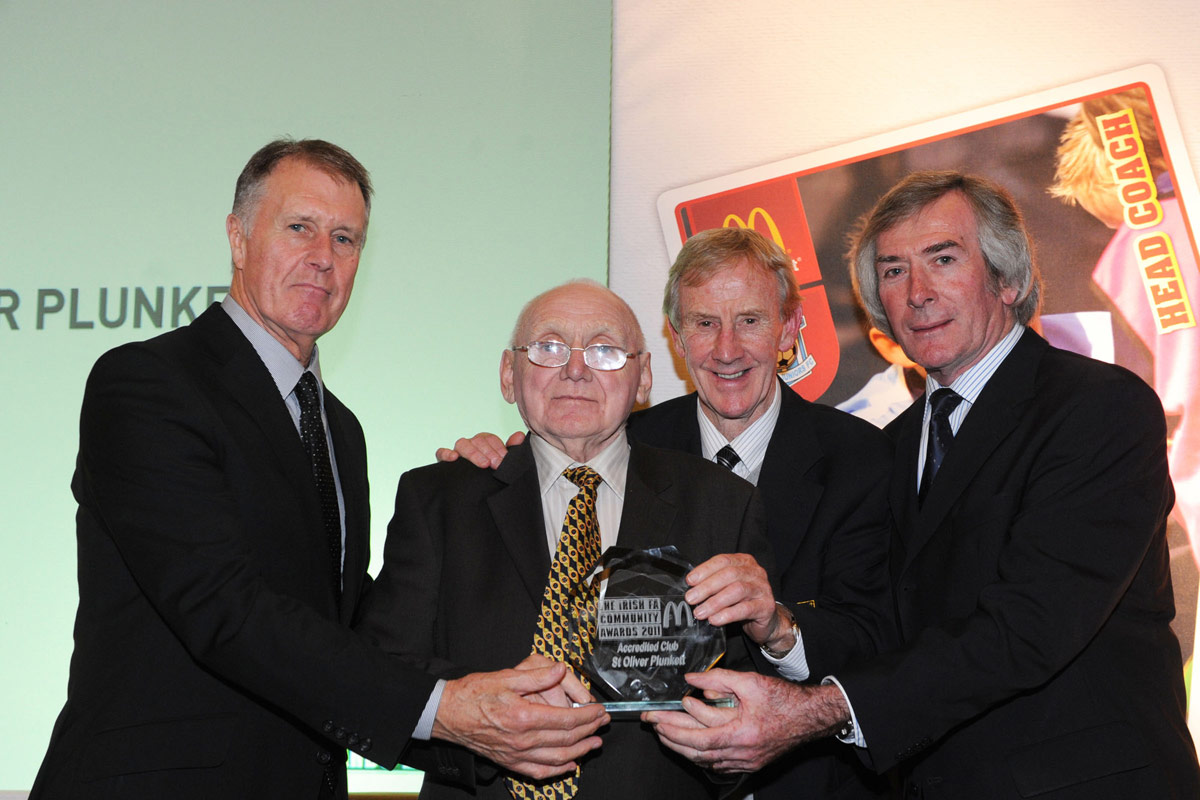 St Oliver Plunkett FC has been named as the Accredited Club of the Year during the McDonald’s Irish FA Community Awards.Football legends Pat Jennings, Geoff Hurst and Eric Harrison were the special guests at the awards event coordinated by McDonald’s and the Irish FA to celebrate the clubs, coaches and volunteers that make outstanding contributions to grassroots football and to local communities.

Winners were announced during a special gala evening at Belfast City Hall on Tuesday 22 November.

“The McDonald’s Irish FA Community Awards provided an excellent opportunity to showcase and reward all the people who do so much for the game at grassroots level,” said legendary goalkeeper Pat Jennings.

“I’m delighted that through this new initiative we have been able to pay tribute to those who do such amazing work for the game we all love and I’d like to congratulate St Oliver Plunkett FC on this well-deserved award.”

“I’d like to congratulate St Oliver Plunkett and indeed all our winners from the McDonald’s Irish FA Community Awards,” said Geoff.

“It has been truly inspiring to see the level of commitment and dedication that people display for grassroots football.

“The grassroots level is vital to the game as it’s where every young player starts out, but it’s also very important for society in general as it’s all about participation and getting children involved, being active and generally having fun playing the game.

“I’m proud that through my role with McDonald’s I have been able to witness first hand the depth of talent there is for grassroots football in Northern Ireland.”

The McDonald’s Irish FA Community Awards form part of a new four year Community Partnership between the Irish FA and McDonald’s that was agreed earlier in the year.

This builds upon the success delivered through the partnership since 2002 and the new programme is designed to enhance the structure of the game and deliver a lasting legacy of benefits for grassroots football throughout Northern Ireland.

Eight category winners were announced on the evening;

Young Volunteer of the Year:

Volunteer of the Year:

Coach of the Year:

Accredited Club of the Year:

Female Coach of the Year: