Poleglass health worker 'living on her nerves' after home attacked 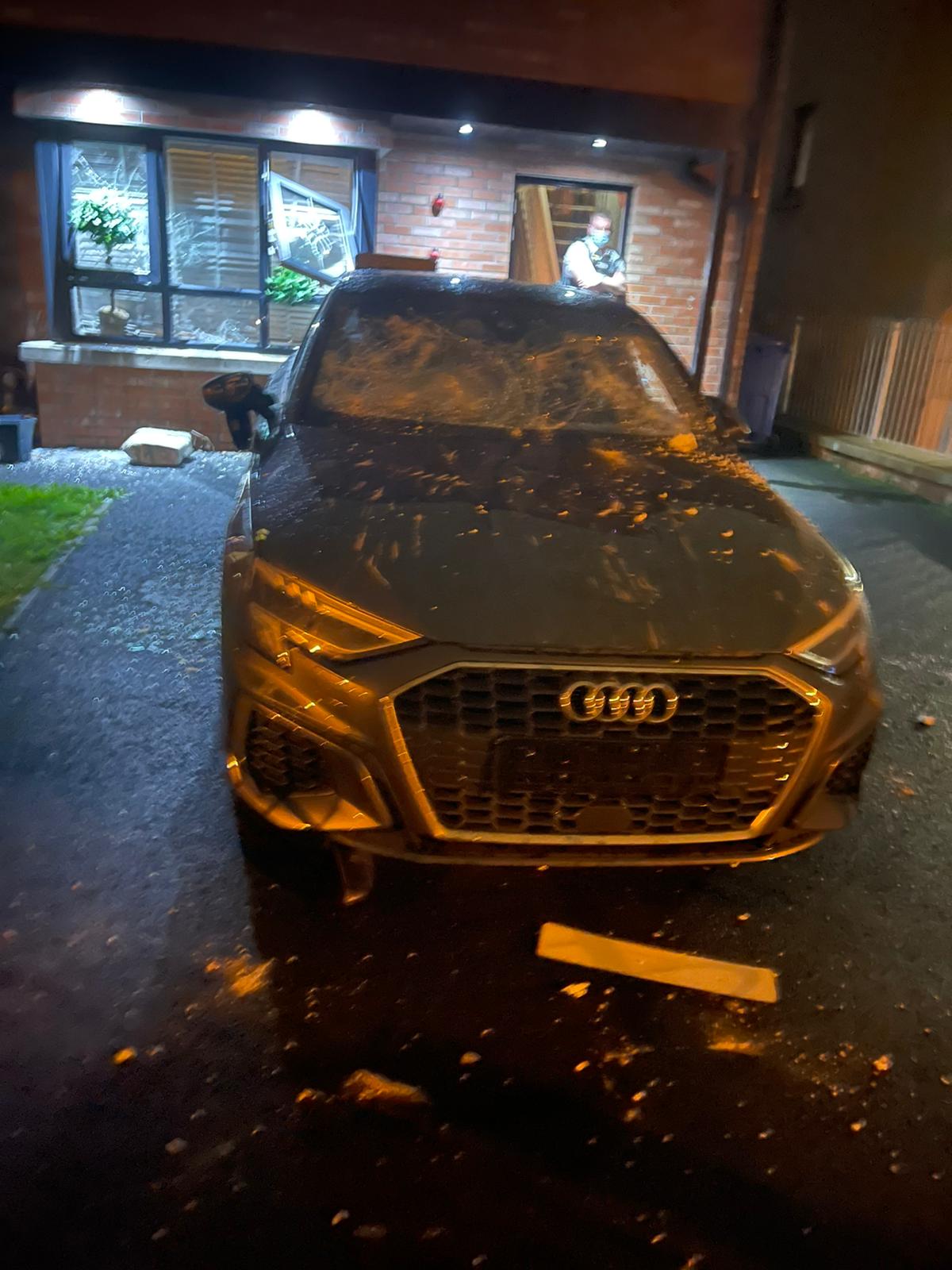 WRITE OFF: Damage caused to a health workers home in Poleglass

A POLEGLASS health worker has said she is "living on her nerves" after a gang of around 15 masked individuals laid siege to her home.

The woman spoke out after the group attacked her home and destroyed her car with hammers in the Mill Pond area of Poleglass at around 8pm on Thursday night.

The woman said the car – a mobility vehicle used to care for her elderly father – is a "write-off".

Speaking to the Andersonstown News, the victim, who lives with her daughters (aged 10 and 13), said she had finished nightshift at a local hospital the night before the attack.

"I was sitting upstairs absolutely exhausted, because I only had about three hours sleep, and I heard someone trying to get into the house," she said.

"I run down the stairs and they were beating the door and beating my windows. My window had been left open a wee bit and they pulled them right out. One of them was off the runner.

"They were shouting, my wee girl was squealing and she actually phoned the police. It just seemed like an outer body experience, honestly. They completely wrecked my car, put trees through the windows. There's not a window I don't have to replace."

They were shouting something about coming back," she continued.

"I was in the kitchen with the wee ones and I kept looking out the back window in case somebody was coming that way. I didn't know what angles they were going to come from. It was absolutely awful. It was horrendous."

She added: "I'm literally living on my nerves."

She said her ability to care for her father has been impacted by the destruction of her car.

"I take my daddy shopping, you name it," she said.

"My daddy has medications and things he needs, so I'm going to have to do everything on foot. They'll give me a courtesy car but there's a £100 excess fee to be paid. It's just a nightmare."

A 32-year-old man and 53-year-old woman have since been arrested on suspicion of possessing a firearm in suspicious circumstances. A 65-year-old man has also been detained under the Terrorism Act.

PSNI Detective Inspector Dane said: “Shortly after 8pm it was reported that several masked men armed with hammers started smashing a car and the windows of a property in the area before making off from the scene."