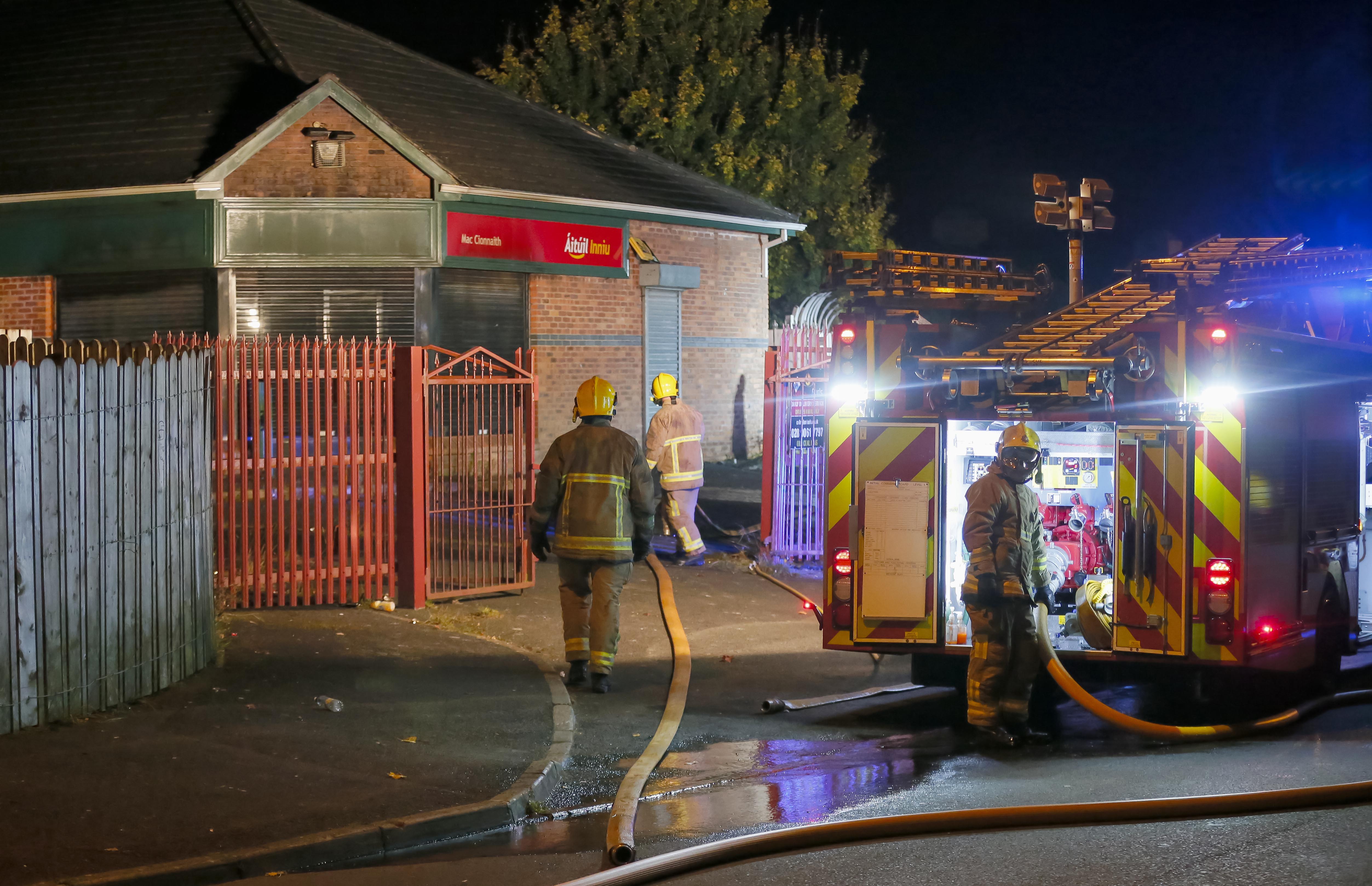 Police have been criticised for the way they handled weekend disturbances in Twinbrook.

A crowd began gathering in Aspen and Summerhill near the former Brooke Lodge public house around 8pm on Saturday evening. Numbers quickly rose and by the time police arrived after receiving reports of anti-social behaviour, there were around 300 youths present.

Local Sinn Féin MLA and Junior Minister Jennifer McCann said that while there were eight Land Rovers at the scene at the height of the disturbances, police stayed in their vehicles while the crowd pelted them with bricks and bottles and set fire to the derelict pub.

“The response to the anti social behaviour in Twinbrook on Saturday night by the PSNI can only be described as an abject failure,” said Ms McCann. “Over 200 youths gathered at the old site of the Brook Lodge drinking alcohol, burning bins and blocking roads. The building itself was set on fire and a number of residents had to be moved due to the closeness of this fire to their homes. Obviously this has left residents distressed and angry.

“At one time there were two fire engines, three ambulances and eight PSNI vehicles at the scene yet the PSNI refused to deal with the crowd responsible. This is unacceptable. The PSNI need to afford residents a right to live free from this harassment and do their job.

“While voluntary organisations such as the Colin Neighbourhood Safety Partnership were on the ground to do what they could it is not their responsibility to police the situation. That is the job of the PSNI.

“These groups have in previous weeks informed the PSNI of the escalating situation in the area and had requested the PSNI put a plan of action in to address the situation. This obviously has not happened.

“Sinn Féin will be meeting with senior PSNI representatives in the early part of this week to outline our serious concerns and calling for more to be done. The scenes witnessed on Saturday night cannot be allowed to happen again.”

A 17-year-old was arrested on suspicion of disorderly behaviour and attacking police.

Inspector Paul Noble said: “We look forward to the opportunity to meet with local political representatives to discuss the issue of anti-social behaviour that occurred in the Twinbrook area over the weekend.

“At around 8.25pm on Saturday evening police received a report of a large group of young people causing annoyance in the area of Aspen Park. Police responded and upon arrival were confronted with a large group of young people, some of whom threw a number of missiles at officers. Police remained in the area for a period of time before the young people dispersed. A 17-year-old male was arrested on suspicion of disorderly behaviour and assault on police. A fire was also started in a derelict property in the area of Summerhill Drive during the incident. NIFRS attended and extinguished this fire. While we want young people to enjoy their free time at weekends and to be able to socialise freely with their friends some of the behaviour we seen in Twinbrook on Saturday night is just unacceptable and cannot continue.

“I would like to reassure the local community that we are working to reduce this type of anti-social behaviour and will exploit all opportunities to address these problems. We recognise this is an ongoing problem that requires a long-term solution. We will continue to work with all our partners in the council and other agencies and community groups to address it.