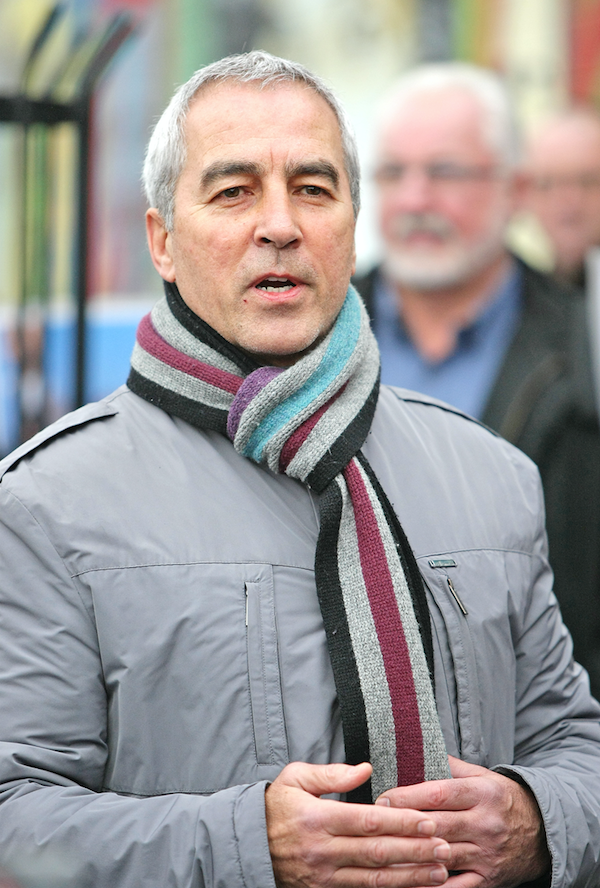 CONDEMN: Sinn Fein MLA Pat Sheehan said he ‘strongly condemned’ the incident urging anyone with information to go to the police.

A MAN has sustained potentially ‘life changing’ injuries from a ‘paramilitary style attack’ in Turf Lodge last night.
The victim, who is reported to be in his 30s, was shot in the Norglen Road/ Monagh Crescent area shortly before 11.30pm on Sunday night.
A number of police vehicles attended the scene.
Sinn Fein MLA Pat Sheehan said he ‘strongly condemned’ the incident urging anyone with information to go to the police.
“These types of shootings have no place whatsoever in our community, in fact bringing guns into our streets only makes problems worse for the community,” he warned. “I would call on those involved in armed groups carrying out these attacks to desist from shooting people on the community as it serves no purpose whatsoever.”
SDLP Councillor Tim Attwood also condemned the incident echoing calls to stop similar attacks immediately.
“Those taking the law into their own hands must themselves be brought to justice,” he assured.
“People in west Belfast have the right to live free from this type of vigilantism that does nothing to right wrongs but merely causes more irreparable damage to our community.”
A PSNI spokesperson said: "We are treating this brutal shooting as a paramilitary-style attack. This incident is another example of how criminal groups seek to control communities through fear and violence."
“Anyone with information about the attack is asked to contact the police non-emergency number on 101, quoting reference 1216 with the date 07/10/2018, or alternatively to contact independent charity Crimestoppers anonymously on 0800 555 111,” they urged.