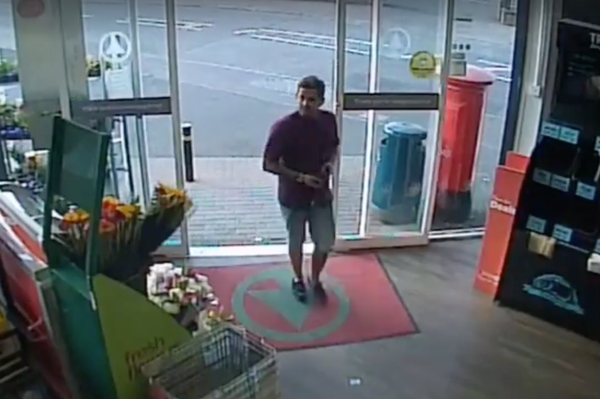 POLICE have released CCTV footage of a missing Newtownabbey man who has not been seen since last Thursday.

The footage shows 22-year-old Dean McIlwaine in a Spar store in the Jordanstown area of Newtownabbey on the day he went missing.

On Monday night, hundreds of people gathered at Belfast City Hall to join in a search for the young barber but efforts to locate him have so far yielded no results.

Police are continuing to appeal for the help of the public in finding Dean.

“Dean is described as being 5’8” in height; of medium build with blue eyes, dark hair and a beard. He also has sleeve tattoos on both arms.

“It has now been established that Dean was wearing a short sleeve maroon shirt, denim knee length shorts and dark coloured canvas shoes. He was wearing a gold watch on his right wrist.

“Police continue to conduct searches in the local area and we would appeal to Dean, or anyone who has seen him or knows his whereabouts, to make contact with police by calling 101, quoting reference number 121 of 14/7/17.”