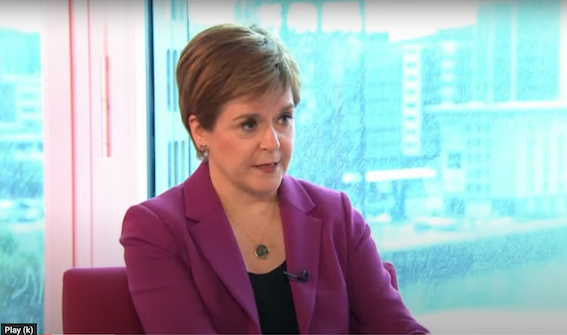 The SNP was last week swept back to power collecting more votes, and a bigger share of the vote, than any party in the history of devolution.

Nationalists fell one seat short of an overall majority, with 64 of the 129 seats in Holyrood.

You’d have to go back to 1966 to find an example of a party securing such a high % of the vote in Westminster. https://t.co/Pgk8byxSeJ

Yet they are now primed to rule the country for another five years — though relying on other parties to help them get budgets and legislation through the parliament.

Their sometimes allies -—the pro-independence Scottish Greens did well too, securing eight seats, their best result ever.

As the dust settled on the long two-day Covid count — only one issue was being discussed; the future of the union with England, Northern Ireland and Wales; whether there would be - or could be - another big vote on independence.

Do the SNP and the Greens have a mandate to hold a second referendum, it was asked. Do they even have the power to do so?

And that is where the British Question comes in. What kind of state is the United Kingdom? Is it a voluntary union? Is Scotland part of the UK by consent? Or by law? Is Northern Ireland? Or Wales?

There has been talk in London of a legal bid to stop a referendum. Legal experts admit there is uncertainty about whether this is possible or not. The matter would have to be tested in the courts.

In England, there is disquiet about this. It is not how English liberals see themselves. “The union is not a prison," said the commentator Jonathan Lis, of the pro-EU think tank British Influence. “Does the will of the people only matter if they are English?”

Some Conservatives, however, think it is simply unfair for Scotland to hold the UK to 'ransom'. They talk of a 'neverendum'.

“For this to end up in court, which is not something I ever want to see,” she said on the Andrew Marr Show on the BBC, “it would mean a Conservative government had refused to respect the democratic wishes of the Scottish people and the outcome of a democratic election and tried to go to the Supreme Court to overturn Scottish democracy.”

Britain’s cabinet office minister, the Aberdonian Michael Gove, was dispatched north to do the weekend political TV chat shows, including Mr Marr’s. He had a message: Covid is important, indy is a distraction. But he was not allowed to stick to his spin.

Mr Marr, also a London Scot, asked him if Scotland was allowed to leave the UK. “Of course it is,” replied Mr Gove. So will the Tories try to block another vote? Well, at that we can only guess.

Mr Gove, in a series of interviews, refused to be drawn on whether his boss, PM Boris Johnson, would try to use the courts to stop a referendum. Instead he cast doubt on Ms Sturgeon’s mandate.

So what is the lie of the land on independence now? Well, in last week’s election Scots had two votes, one for constituencies and the other for a regional list. On the first vote, 'No' parties edged 'Yes' ones. On the second, it was the other way round. Stalemate, fifty-fifty.

Scotland, as polls have long suggested and as newspapers have long headlined, is on a knife edge.

The elections were strange, with far fewer interactions, and a general low-key air, despite their clear historical importance.

The last few days unusually cold. On election day one candidate, SNP Finance Secretary, Kate Forbes, tweeted a photo of one her placards behind held up by a snowman.

⛄️This is how we Get Out the Vote in Scotland for a May election. pic.twitter.com/4dAQykEJwU

Yet the people turned out, by more than ever before. Supporters of independence — and their opponents — knew what they wanted to vote for, and against. And sometimes they cast their ballots tactically to do so.

In their final tally, Conservatives held their ground, taking 31 seats. Labour and the Lib Dems slipped back a little.

But those masked the SNP taking first past the post seats, including the symbolic Edinburgh Central where Angus Robertson, one-time Westminster leader, returned to frontline politics. The party also grabbed East Lothian in the east and Ayr in the West. It failed, however, to take the Labour stronghold of Dumbarton? Why? Tactical voting by Conservatives. Similar trends saw the Tories hold on in target seats, Aberdeenshire West and Galloway and West Dumfries, as Labour voters switched to blue.

In the past some pundits have come up with a new term for this trend of politics revolving around national question rather than the traditional left-right axis. They called it “Ulsterisation”. That expression did not take off, Scotland has suffered nothing like the pain of the Troubles. But Independence or Union now defines Scottish politics.

📽 @GlasgowPam gets emotional as she says her new title out loud for the first time since becoming the first permanent wheelchair user to be elected to Holyrood.

She speaks to our senior reporter @imnatcrawford#SP21

That said, there is more than the constitution to discuss. The new parliament, for starters, is the most diverse yet. Forty-five per cent of members are women; two, for the first time, are women of colour, one nationalist, one Tory. A first permanent wheelchair user, Labour’s Pam Duncan-Glancy, was elected. Not before time. She struggled to get in to her own count in Glasgow on Saturday.

The British Question is not going away. In Westminster the Tories are looking at ways to lock the union down. Even physically, with infrastructure.

Mr Johnson is now expected to 'love-bomb' Scotland, including spending extra UK money in devolved areas of competence. Take transport. The prime minster is a supporter of a tunnel underneath the Sheuch, as Scots call the deep trench that separates us from Ireland. Scottish transport experts, and SNP politicians, think this is a crazy, costly scheme, and it is not part of their strategic planning.

But Galloway, just across from Larne, is part of what amounts to a blue wall of Tory constituencies on the border. Could it be about to get a hard 'union' link to Northern Ireland to cement the future of the UK? And a nice new highway to England in to the bargain? 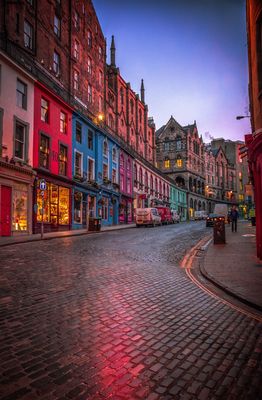 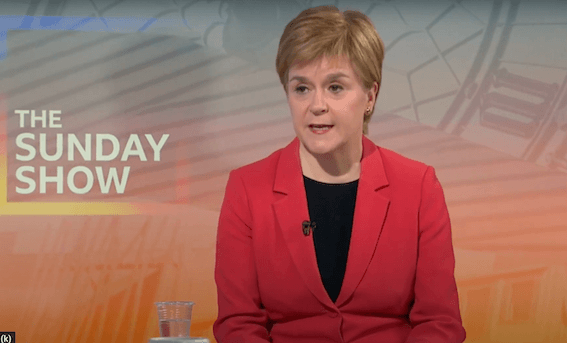