Power Sharing Talks due to resume 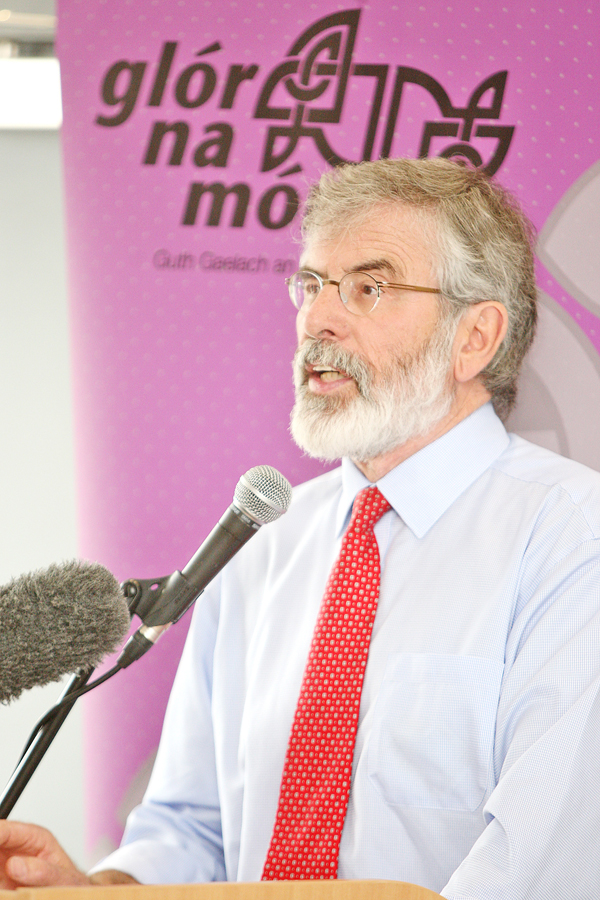 Gerry Adams has expressed concerns about a DUP- Conservative deal

TALKS are due to start in Stormont this morning in the hopes of restoring a power-sharing Executive.

Leaders are expected to meet with the Secretary of State and Irish Minister for Foreign Affairs. There are fears the talks could be affected by uncertainty about the much anticipated DUP-Conservative deal.

The deadline for an agreement to be reached has been extended to June 29.

Enda Kenny expressed his concerns to Theresa May saying “nothing should happen to put the Good Friday Agreement at risk”.

Commenting on the remarks,Sinn Féin President Gerry Adams said: “The Taoiseach is right to express concerns about any deal between the DUP and the Tory party. Sinn Féin’s view is that such a deal will not be in the best interests of the people of Ireland and in particular the people of the north, regardless of their political allegiances.

“The flaw in the Taoiseach’s position is his refusal to recognise that the British government has never been impartial or objective in its relationship with Ireland.

“Sinn Féin has never accepted that the British government is impartial or neutral.”

He added: “The arrangements to restore the political institutions need not be protracted. The issues are well known, they are rooted in agreements already made, and the onus is clearly on the DUP to drop its opposition to the implementation of the rights-related issues, which are at the core of the current difficulties.

“The period of continuous Tory rule since 2010 has been a constant source of instability for the political process. The pro-unionist and partisan nature of this British government has contributed directly to the current deep political crisis in the North.

“If the DUP don’t prioritise the restoration of the institutions, and instead decide to become a prop for a dysfunctional minority government in London, then the parties should consider inviting an independent chairperson to oversee proceedings.

“Sinn Féin has already raised this at the beginning of the talks process some months ago.

“On a more positive note the focus by the mainstream British media on the DUP’s policies and history is belated but a welcome education for people in Britain.”