Preparing for the big snow... if it actually arrives 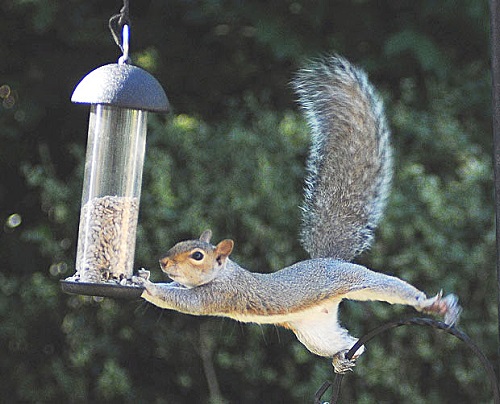 WARNING: Look out for these tricky customers attacking your bird feeder if the snow comes

AT this time of year, Dúlra finds himself spending way too much money on food. Instead of a single loaf or litre of bread, he buys two or even three. And he tosses an extra box of teabags into the supermarket trolley and enough beans to feed a posse of cowboys. The problem is, the longer this winter goes without any snow, the more panicky he becomes.

This week, he couldn’t help himself. He spent a fortune at the supermarket and soon the cupboards were jam-packed with groceries. It’s as if he’s preparing for Armageddon, not the couple of inches of snow that the weather experts are predicting this weekend. But they are often wrong.

Like in winter of 2011 – yes, just six years ago – when the snow in places like Hannahstown buried cars and drifted to the height of houses. And that big freeze lasted months.

There must be something in the human psyche that makes us live in denial. Because when the inevitable cold snaps hits – as it does like clockwork every year although, granted, to varying degrees – it always manages to catch everyone out.

It’s amazing how so many people seem to believe that it’s not going to snow this year. It’s raining today, so how could the whole country turn white tomorrow? That’s mad Ted, as Fr Dougal would say.

But Dúlra won’t be caught out. He wants to be the one to say ‘I told you so’. He’s stocked up his larder like a hibernating squirrel surrounding itself with acorns.

When all the neighbours have to go slipping and sliding and cursing to the shops for their provisions, Dúlra will wrap his hands around a hot cup of tea and slip another couple of slices into the toaster. And then sit at the kitchen window to admire his feathered friends at a time when they look their very best – with their colours pulsating against the white canvass.

But hang on a minute – there's a fly in the ointment. Because it’s been such a relatively mild winter so far, the local squirrel hasn’t hibernated at all. In fact, he spends most of the day stuck like a limpet on Dúlra’s sunflower hearts bird feeder. A young Dúlra would have had a 'caddy' sitting at the windowsill loaded with a marley for just such an eventuality (hypothetically of course, because there weren’t any grey squirrels in Belfast gardens back then), but there's no scaring this brash animal. It's as cocky as Donald Trump – hardly surprising when it’s originally American, having arrived in Ireland just a 150 years ago when we were all heading over there.

Dúlra has to almost threaten to bang it on the head before it scuttles away and up a neighbour’s tree to its drey — a tangle of twigs like a ball where it’s supposed to be asleep until spring.

They might be cute and children’s favourites, but they’ll empty a sunflower feeder in a day – and those seeds are far from cheap, costing about £1 to fill a single feeder.

And so when the snow falls – and bring it on – Dúlra might be sitting pretty at home with his plentiful food and drink. But now that he’s fed his garden birds for so long and they’re relying on him for their survival, he can’t abandon them when they need him most when snow falls. And so, thanks to that damned squirrel, Dúlra will have to join the neighbours as they brave the elements to get their daily provisions. Only he’ll have even further to go – to the pet shop to get more sunflower hearts.