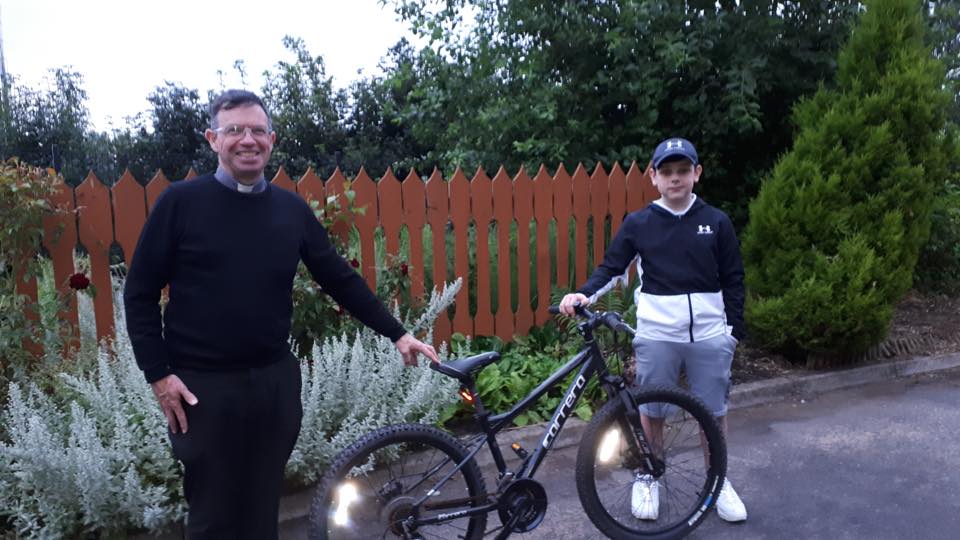 A FALLS Road priest who had his bike stolen is encouraging people to donate unwanted bikes that they have to refugees and immigrants.

Fr Magill received widespread support from the public but has now decided to turn something negative into good will.

Wee favour please - my red bike was stolen from Wellington Place in Belfast on Friday pm. Wondering if any of my Twitter friends have a photo of me and my bike they might have taken at some point which I would circulate in the hope of getting it back pic.twitter.com/bV4BdYkC2v

“At the time when my bike was stolen, I had so many different offers. Someone already had given me a relatively new one,” he explained.

“I was talking about it on the radio because so much good had come out of it. A listener suggested donating bikes to refugees and immigrants.

“I thought it was a great idea.
“This young lad, Pearse Cordner-Reilly came down and donated his last night. It will go to a 11-year-old Syrian child.

“It’s all about good things coming from ill.”