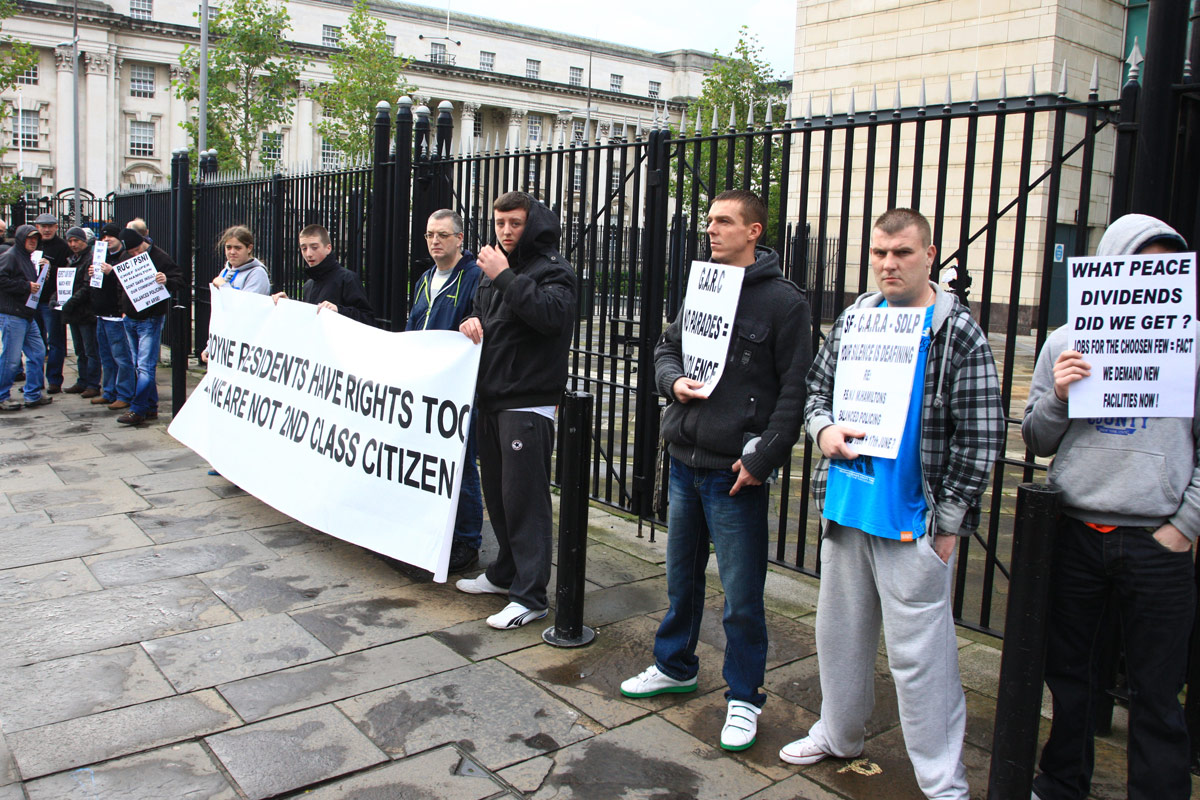 A protest was held outside Laganside Magistrates Court this week by supporters of those charged in connection with blocking the Crumlin Road during this year’s Orange Parade.Thirty-one people have appeared this week charged with obstructing lawful activity in a public place following a sit down protest against the Orange Order parade through Ardoyne in July 2010. A number of the accused are also charged with resisting police.

Organisers say the protest was to highlight the fact that so far no loyalist has been arrested or charged after they blocked Twaddell Avenue and the Crumlin Road in June this year.

The loyalist protest was held on Thursday June 16 after the Parades Commission banned a feeder parade from passing nationalist homes before joining up with the main Tour of the North parade. The protest blocked off the Crumlin Road and Twaddell Avenue for a time but was not moved on by police.

A verdict on the case is expected before the end of the week.