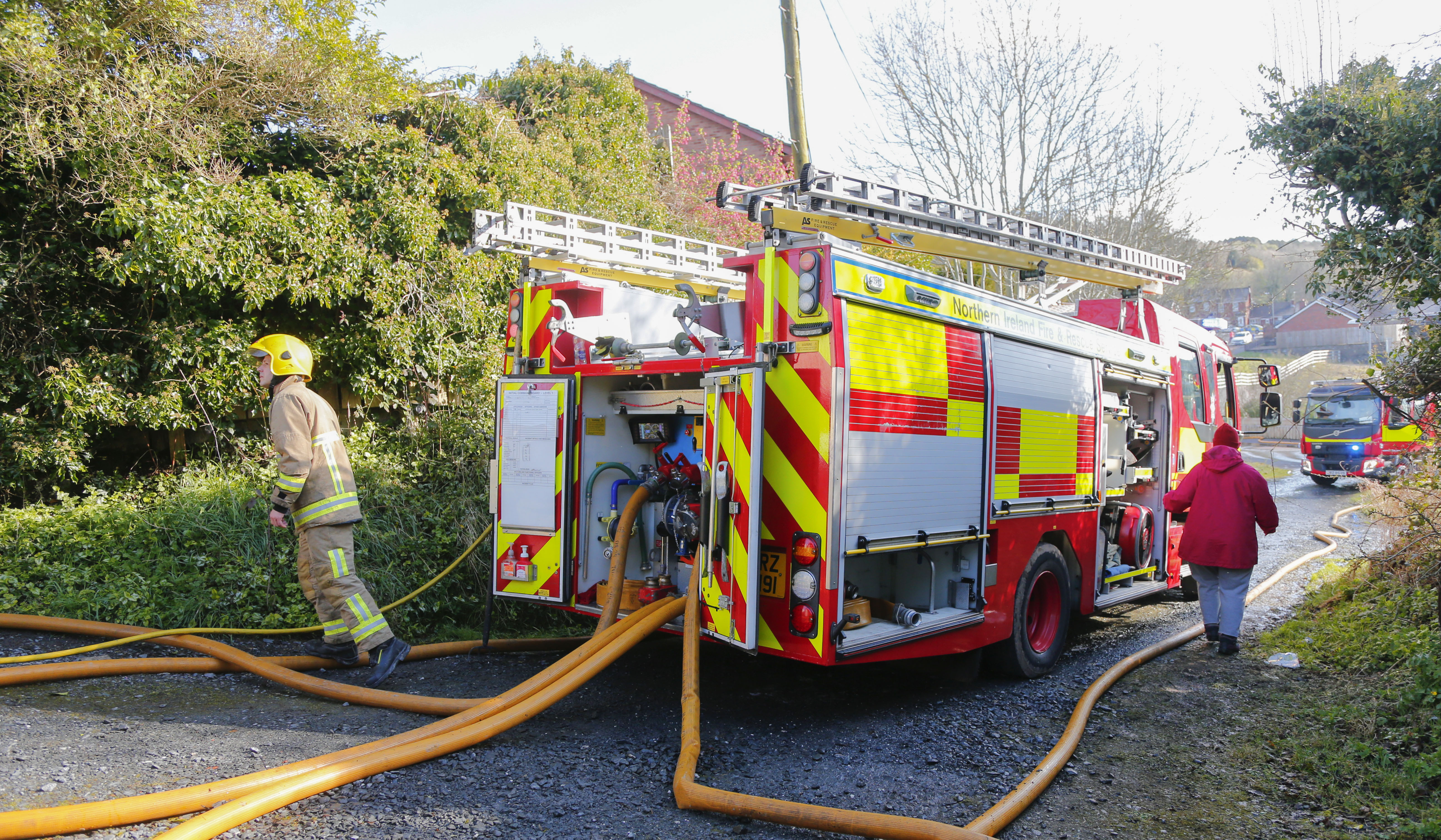 The scene of the arson attack on a property in Ligoniel

An elderly couple in their 70s had a narrow escape on Saturday when a house was set on fire in what the PSNI are saying was an act of arson.

The man and woman had to be evacuated from their home in Wolfhill Avenue around 9am after neighbours raised the alarm.

The house targeted in the attack was vacant at the time but the blaze was so severe it caused significant damage to the neighbouring property. The home also suffered water damage from the efforts to extinguish the blaze.

Daily Belfast understands the PSNI are looking for four suspects who were seen in the area at the time the blaze was started.

A Fire and Rescue Service spokesman said they were alerted at 7.30am by neighbours and were quickly on the scene where they worked in “difficult conditions” to bring it under control.
Sinn Féin Councillor for the area Gerry McCabe appealed for anyone with information on the suspects to come forward.

“Thankfully nobody injured but could so easily have been much more serious,” he said. “I have contacted statutory agencies and I'd appeal to anyone with any information about those responsible to come forward at once."

Detective Sergeant Michelle Griffin asked for anyone who may have noticed suspicious activity in the area to contact detectives at Reactive and Organised Crime at Musgrave PSNI Station on the non-emergency number 101.

Also, anyone who would prefer to provide information without giving their details can contact the independent charity Crimestoppers and speak to them anonymously on 0800 555 111.