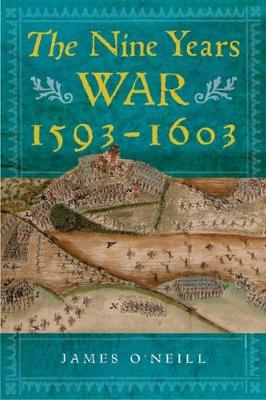 Early-modern Irish history is rarely the contentious bad-boy of academia or popular culture. In recent years the Great Famine, 1916 and the Irish War of Independence have tended to get the lion’s share of the print. However, on 22 May, news from Valladolid sparked sudden national (nay international) interest with news that Spanish archaeologists had found the last resting place of Red Hugh O’Donnell, Lord of Tirconnell. Hot on the heels of this came calls for repatriation and a state funeral for this renowned Irish hero, all before the remains of the long-lost son of Donegal have even been found. So just who was Red Hugh and how could his potential rediscover catapult this less-travelled period of Irish history into the headlines?

Born into Irish nobility in 1572, Aodh Ruadh Ó Domhnaill was son to Sir Hugh O’Donnell and Finola McDonnell. He was a strong contender to succeed his father to the lordship of Tirconnell (modern-day Donegal). Yet when he was just 15, Lord Deputy Perrot had him kidnapped after Hugh was betrothed to Rose, the daughter of Hugh O’Neill, Earl of Tyrone. The Crown would not tolerate such a powerful alliance. For three years Red Hugh languished in a cell in Dublin Castle, until his future father-in-law Tyrone orchestrated O’Donnell’s escape during Christmas 1591. Hugh almost died in the freezing Wicklow Mountains, but he made it home to Donegal. However, the ordeal took its toll as Hugh lost both his big toes to frostbite.

Red Hugh became Lord of Tirconnell in 1592 and by the following year the Crown's worst fears were realised when war broke out, first in Ulster but it spread to an island-wide conflict which came tantalisingly close to extinguishing English power in Ireland. Backed by Philip II of Spain, the unprecedented confederation of Irish lords led by Tyrone and Red Hugh shocked the English with the sophistication of their tactics and modern weaponry deployed. Guns replaced axes as the Irish swept from one victory to another.

The shattering defeat of the Crown army at the Battle of the Yellow Ford in 1598 remains the single largest victory of Irish arms over the English. Queen Elizabeth I sent her best soldiers to crush what she thought was a squalid little revolt by the native Irish, but to no avail, as arrogance was answered with overthrow and retreat on all fronts.

OTD 1601 It was all starting to unravel for Red Hugh O'Donnell. His attack on Inishowen was rebuffed and even the Irish sources noted his troops were failing as 'The Connaughtmen would not form the first line as ordered by O'Donnell'. Niall Garve exploited weakness #nineyearswar pic.twitter.com/mkIu6vuK4A

O’Donnell focused much of his attention campaigning in Connacht, where he overthrew the English Lord President of the province, Sir Conyers Clifford at the Battle of the Curlew Pass in 1599, cementing Hugh’s martial reputation, but the foundations of this are a bit shaky. Before the Battle of the Ford of the Biscuits in 1594, O’Donnell left his allies in the lurch as he rode off to deal with a problem with Scots mercenaries. A year later when Tyrone moved to rout the English army at Clontibret, O’Donnell again absented himself and his men to deal with an English raid on Inishowen. Nevertheless, by the start of 1600 Crown control was limited to the large towns and a few forts. Then things started to slip for the Irish when the English landed 4,000 men on the River Foyle in May 1600. Many of O’Donnell’s enemies in Tirconnell defected to the crown, and by August 1601 O’Donnell’s castle in Donegal town was in English hands. Under the new Lord Deputy Mountjoy, Irish gains over the seven years were rolled back.

The keep mentioning that Red Hugh O'Donnell fought at Clontibret (1595). No harm but he didn't. He also missed Ford of the Biscuits (1594), was absent for his greatest victory at the Curlews (1599) and withdrew before engaging at Kinsale (1601) https://t.co/nOtump126s

Hope seemed reborn with the arrival of the long-awaited Spanish at Kinsale, but they were bottled up by the Crown armies – O’Donnell and Tyrone had to march in the depths of winter to break the siege. On the way south O’Donnell pulled off a spectacular night march over the icy Slieve Felim Mountains in Tipperary, stealing a march on the English army sent to block him. However, luck deserted the Irish on Christmas Eve 1601, at the Battle of Kinsale, where the Irish army suffered a devastating overthrow and routed from the field. Tyrone march for home but O’Donnell had no home to return to. Red Hugh set sail for Spain to press the Spanish king for a new army. He was favourably received and was promised further aid, but on 10 September 1602 O’Donnell succumbed to a fever and died. Red Hugh was buried, as per his wishes, with full honours in the monastery of St Francis in Valladolid.

The war dragged on with famine, massacre and misery visiting all parts of Ireland but especially in Ulster. This was followed by the surrender of the Irish lords and destruction of the old Gaelic political order, but Red Hugh remains a romantic hero, as he never had to deal with the defeat and humiliation that came with submission. Two hundred and thirty-four years after his interment at Valladolid, the monastery was demolished and Red Hugh’s grave lost, but now archaeologists raise the possibility of rediscovering Tirconnell’s lost lord. What happens if O’Donnell’s remains are found? Repatriation? Return to Donegal, Lifford, or Ballyshannon? I’ll look to Hugh’s own word in his last will ‘I beg His Majesty that, after God our Lord has taken me from this world to the next, he give order to bury me in the said monastery of the Lord Saint Francis in the city of Valladolid’. I’d say that answers that.

James O'Neill is a historian based in Belfast and author of The Nine Years War, 1593-1603 (Four Courts Press, 2018) available on Amazon and all good bookshops.