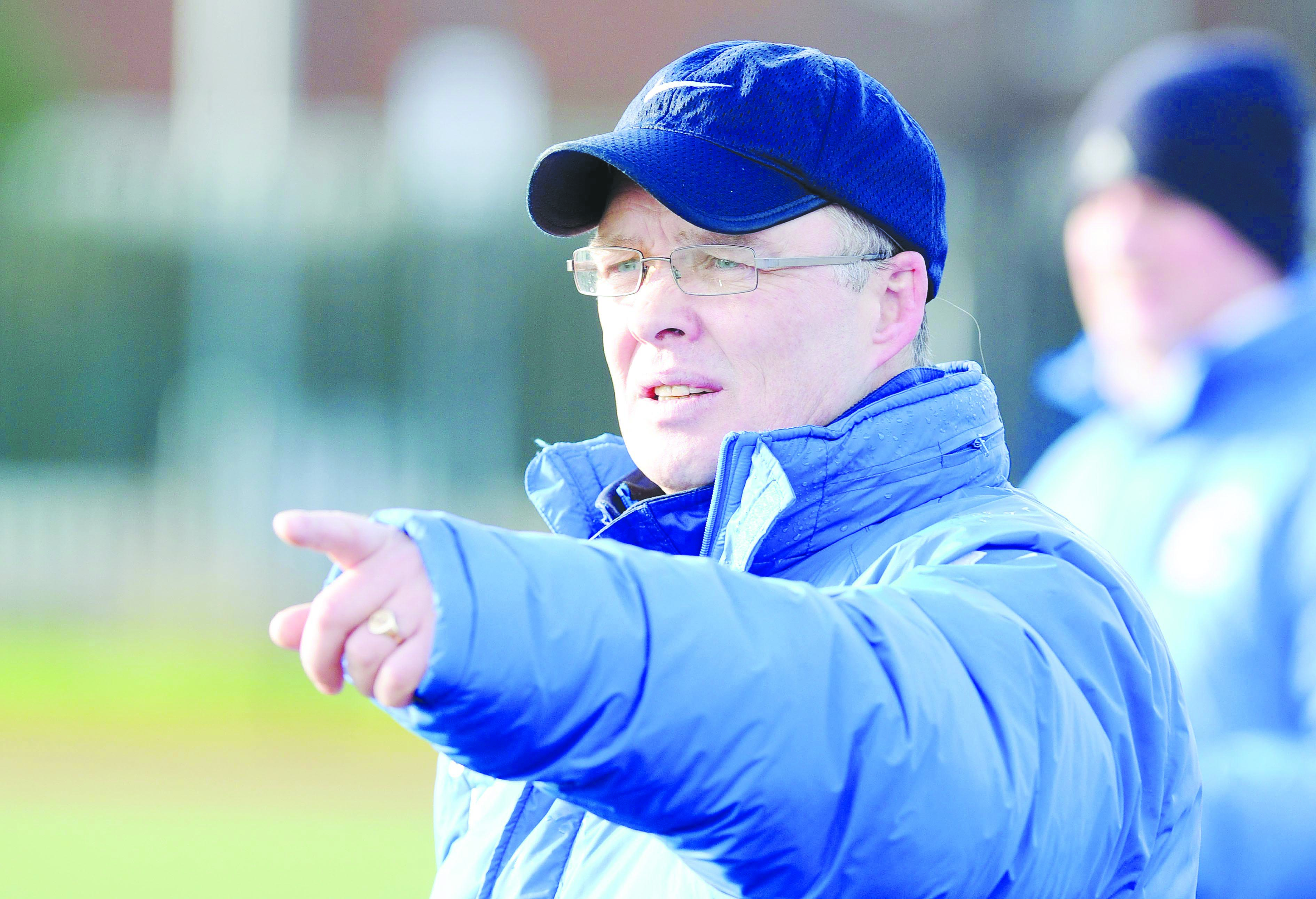 IMMACULATA will be hoping Cliftonville’s Irish Cup hoodoo continues for another season when the sides clash in the fifth round of the competition at Solitude on Saturday.

The Reds have not won the famous competition since 1979 despite an impressive trophy haul in recent times which included back-to-back league titles in 2013 and 2014 under former boss, Tommy Breslin.

However, Cliftonville have been luckless in the Irish Cup, suffering fifth round exits (after replays) to both Coleraine in 2014 and Warrenpoint Town in 2011.

Akin to the FA Cup third round, the Irish Cup fifth round is the one the big teams dread.

The giant-killing antics of Newington YC against Glentoran a few years ago gives hope to the amateur sides aiming to cause an upset.

None would be bigger than a win for Immaculata this weekend and their manager, Kevin Lawlor is all too aware of the huge challenge that awaits his players at Solitude, but he insists all the pressure is on the home side.

“We have nothing to lose – Cliftonville have to beat us,” said Lawlor.

“If we don’t beat Cliftonville, it is not going to be a big thing to us.

“If we beat Cliftonville, it will be a major blow to them.

“We have experienced players and they are up for it.

“The boys can’t wait – they are chomping at the bit.”

While the Reds are overwhelming favourites to progress, Lawlor is hopeful that his players can do themselves justice on the day.

“Football is a funny old game, as the saying goes, and anything can happen on the day,” he agreed.

“If we get Cliftonville on a bad day and we have a good day, anything can happen.

“We are not going out with any expectations, we are just going out to play our best and see what we can do.”

With the inconsistent nature of fixtures in the Amateur League due to the recent bad weather, Lawlor and his backroom team have had ample opportunity to do their homework on Saturday’s opposition.

The Mac management watched Cliftonville lose to Glentoran in December before a disappointing 1-1 with Irish Premiership strugglers, Warrenpoint .

Sandwiched in between those games was a 2-2 draw with Crusaders but the Reds have now fallen seven points behind their North Belfast rivals.

While Immaculata may have to brace themselves for a backlash from Cliftonville this weekend, Lawlor insists their main priority this season is the league.

Despite only playing seven games in the Amateur League’s Premier Division, the West Belfast men are in promotion contention with five wins, one draw and one defeat to their credit.

They also have three games in hand over Albert Foundry and only trail the leaders by four points.

“We have a lot of league games still to play. Our main priority is the league – that is our bread and butter,” added the Immaculata boss.

“We have only played six or seven games in the league but we are within touching distance of the leaders.

“We would love to get a run in the Irish Cup too.

“With the Cliftonville game coming up, it has been a bit of a distraction but you couldn’t have a better distraction – playing one the best teams in the country on a good surface too.”

Lawlor will be without the services of John Boyce, brother of former Cliftonville star Liam, for Saturday’s