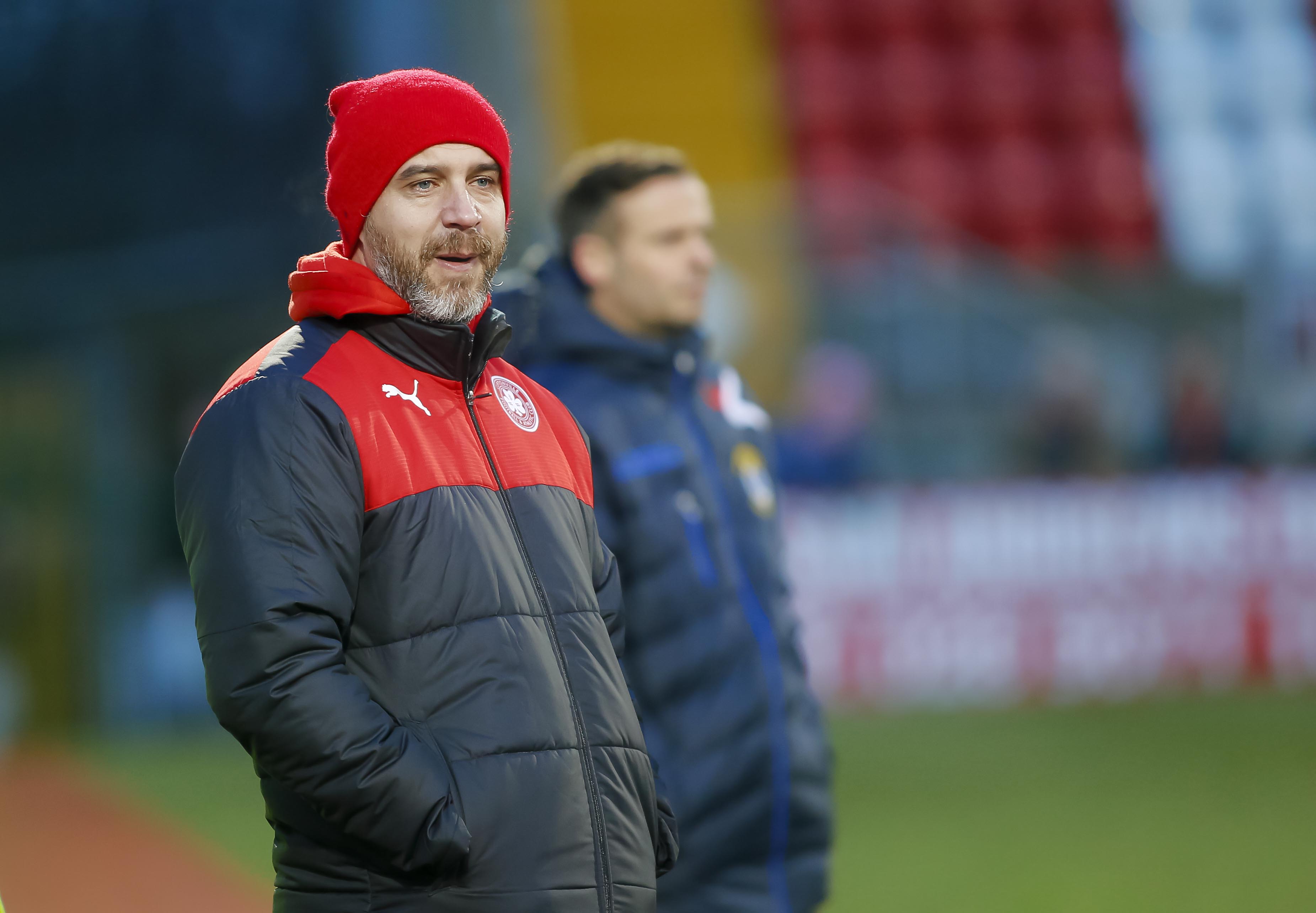 Cliftonville manager Gerard Lyttle insists his side will show Sport and Leisure Swifts the utmost respect when the sides clash in the sixth round of the Irish Cup on Saturday at Solitude.

CLIFTONVILLE manager Gerard Lyttle insists that his side will treat Sport and Leisure Swifts with the same respect as they treat every other team ahead of their sixth round Tennents Irish Cup clash on Saturday. Having negotiated a banana skin tie with Amateur League side, Immaculata in Round Five, the Reds will pit their wits against West Belfast opposition again, this time Championship Two side Sport and Leisure Swifts from the Glen Road. The Swifts will travel to Solitude on Saturday (3pm kick-off) hoping to cause another upset in the cup having knocked out last year’s relegated Danske Bank Premiership outfit Institute in round five after a 3-2 extra-time win. Like Immaculata there is a connection between Sport and Leisure Swifts and Cliftonville. Sport and Leisure are currently managed by ex-Cliftonville icon and former Donegal Celtic player and manager, Packie McAllister and his squad includes Gavin Johnston, brother of Cliftonville legend Barry as well as Stephen Tully who is cousin of Johnston and Caldwell. He was also on Cliftonville’s books as a youngster and former Cliftonville reserve team striker Kevin Lynch. Despite coming up against lower league opposition for the second successive round, Lyttle is refusing to underestimate McAllister’s men and has promised to show them the respect they deserve. “We will treat them with the same respect as we treat every team we play against,” said Lyttle. “Packie McAllister was watching the game against Portadown. He is a good manager and he will know the players, he knows the Irish League. “I’m sure half their team - when they aren’t playing on Saturday - will come and watch Cliftonville. “It’s their big cup final and again we will treat them with respect as we did against Immaculata when they played here, so we will not be weakening our team or resting players. We will be playing our strongest team possible.” Cliftonville come into the game off the back of two clean sheets, having previously struggled to stop conceding goals and Lyttle is delighted with the marked improvement. “As a manager that’s what I get paid to do,” said Lyttle. “It was obviously a problem in the last few weeks that we were leaking so many goals and obviously we found a way to deal with that. You’ve seen the last two weeks when we played Ballinamallard and kept a clean sheet and Portadown when we kept a clean sheet, so obviously it is working. “You can never get that balance right. You’re always looking to score more goals. Mal Donaghy (assistant-manager) said he would take 1-0 for the rest of the season and he will be very happy and I suppose he’s right, but sometimes you want to get carried away and you want a wee bit more excitement. “That’s just the old figurehead talking and young figurehead wants more excitement, but I’ll take it and I’m happy,” joked Lyttle.