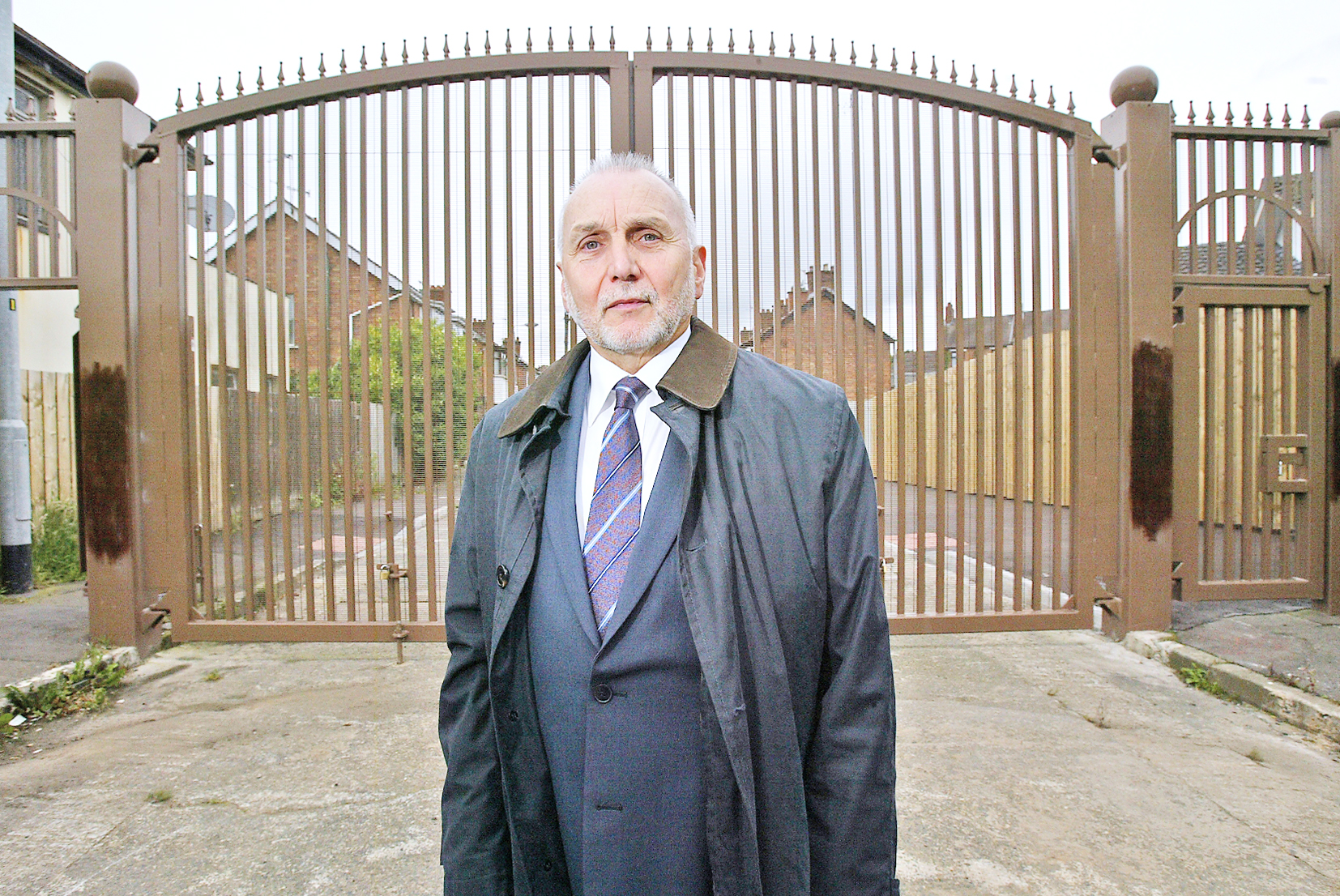 A DECISION by the Parades Commission to allow an Orange Order parade through the Workman Avenue gates two weeks after it banned a march from the same route has sparked a Twelfth of July protest at the notorious flashpoint.

Sean Murray of the Springfield Residents’ Action Group says he’s disappointed by the decision to allow loyalist marchers and bandsmen to pass along the nationalist Springfield Road on their way to a larger parade and asked why the Parades Commission has produced two different rulings. He’s particularly concerned at the decision to allow the march despite the fact that there has been no dialogue – a key reason for the Commission’s earlier ban. He’s also at a lost to understand why the parade wasn’t redirected through the Mackies site as that route saw a peaceful and uneventful parade a fortnight ago.

THE controversial Twelfth of July parade which passes through the Workman Avenue gates on to the Springfield Road will be allowed to go ahead after a Parades Commission ruling.

Seán Murray of the Springfield Residents’ Action Group said the determination by the Commission “defies logic”. Speaking to the Andersonstown News Seán said: “This parade consists of two lodges and two bands, last year it was only one band. It’s what you would call a feeder parade, it feeds into the main Shankill Parade.

“It’s the same criteria as the Whiterock Parade of a few weeks ago, so why a completely different outcome? There was no dialogue, no consultation in terms of opening up the gates.

“What we are saying is we carried out our own consultation in terms of upgrading and closing the gates, however there has been no consultation process for the opening of the gates for loyalist parades to come through.”

Two weeks ago the Parades Commission banned the Whiterock parade from passing through the same area due to breaches the previous year. Residents complained to the Parades Commission after bandsmen breached rulings including a ban on paramilitary regalia. Insignia dedicated to notorious UDA leaders John Gregg and Rab Carson adorned the drums and uniforms of the Cloughfern Young Defenders from Newtownabbey – although they will not be taking part in this parade.

Seán added: “They come from Highfield down the Springfield and through the gates. If you look at the two houses directly facing the gates you will see that they have been built without windows because they are facing an interface, it’s quite stark.

“This peace wall is only opened twice a year to facilitate Orange parades, people coming from a unionist area into a nationalist area. This estate has suffered over the years with the number of people murdered by loyalist organisations, and then this is allowed to happen. It just opens up old wounds. No-one wants a repeat of the major rioting we witnessed in 2005.

“They should come out of Mackies, that way they’re avoiding this estate and are acknowledging the sensitivities. This is a nationalist/republican area, there is an alternative route one hundred yards away, they would still be getting their parade, it would be a win-win scenario.

“The parade is due to leave Highfield around 9.30am on Tuesday and make its way to Workman Avenue for 9.45am then the gates close for another year. As soon as they pass through the gates they play The Sash and it only adds to the tension. I’ve been asked by my own community to explain the Parades Commission’s determination and I can’t. We will be holding a protest that morning, we are expecting 200 people from 9am on Tuesday morning.”

A Parades Commission spokesperson said: “In the absence of local accommodation which meets the needs of local communities, the Commission is required to adjudicate on sensitive parades. In reaching its decision, the Commission considered that the size and earlier timing of this parade are relevant factors as well as the different perceptions of both parades held by both communities.

“The Commission intends to appoint a facilitator which will help explore future opportunities for dialogue to address issues arising from the parade.”