Rest of media catches up with SBN 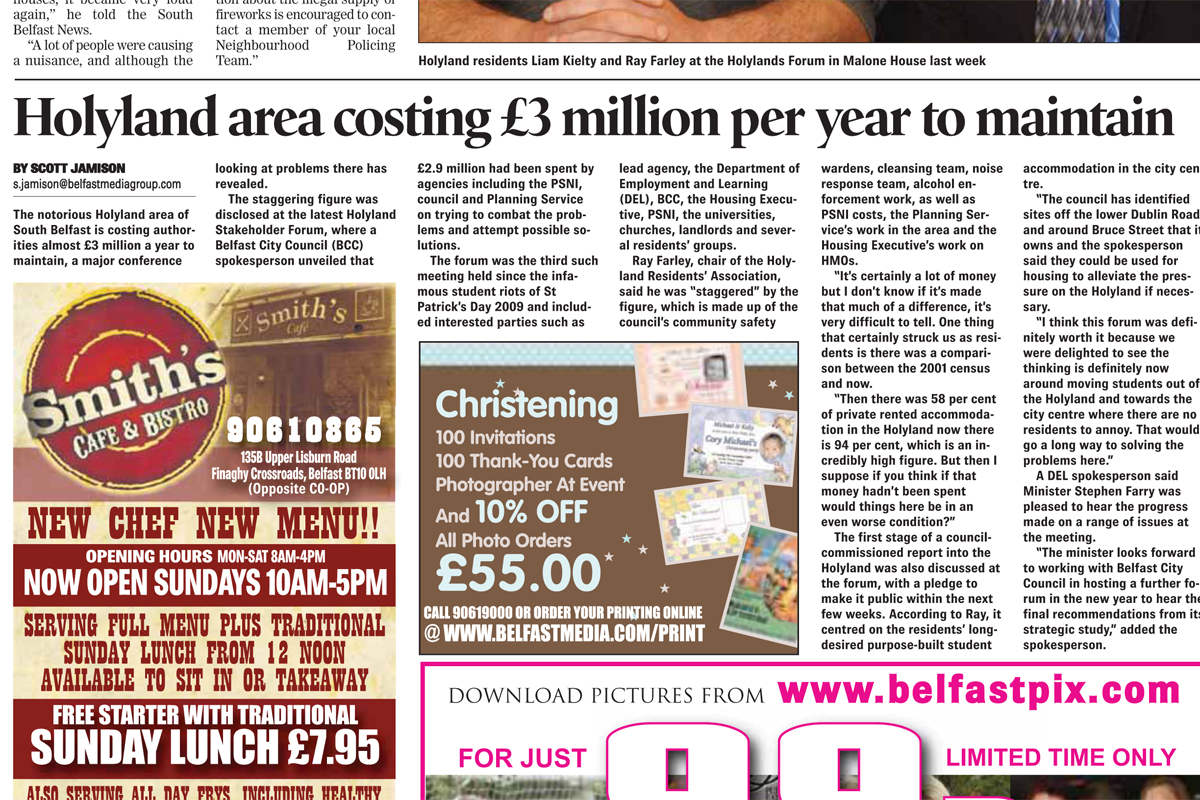 THE spiralling costs related to the Holyland area have been making headlines over the last week, four months after the same fact was first reported by the South Belfast News.

The BBC news website was just one news outlet which told its readers last week what this paper first revealed back in November, that the money spent policing the area and providing other services has hit almost £3 million a year.

We told of the staggering total following a meeting with the Holyland Stakeholder Forum, with the bulk of the cash spent by the PSNI, Planning Service, and Belfast City Council, who provide a number of services in the area, including safety wardens and noise pollution patrols.

Long suffering residents are this week preparing for another St Patrick’s Day ordeal at the hands of students celebrating the holiday, but had told of their shock at the huge bill when first revealed.

Chair of the Holyland Residents Association Ray Farley told the South Belfast News: “It’s certainly a lot of money, but then I suppose if that money hadn’t been spent would things here be in an even worse condition?”

A spokesperson for Belfast City Council said this week that an independent report into the wider Holyland issue would be released “over the coming months”.