Rossa and Aghagallon face off to decide U21 football honours 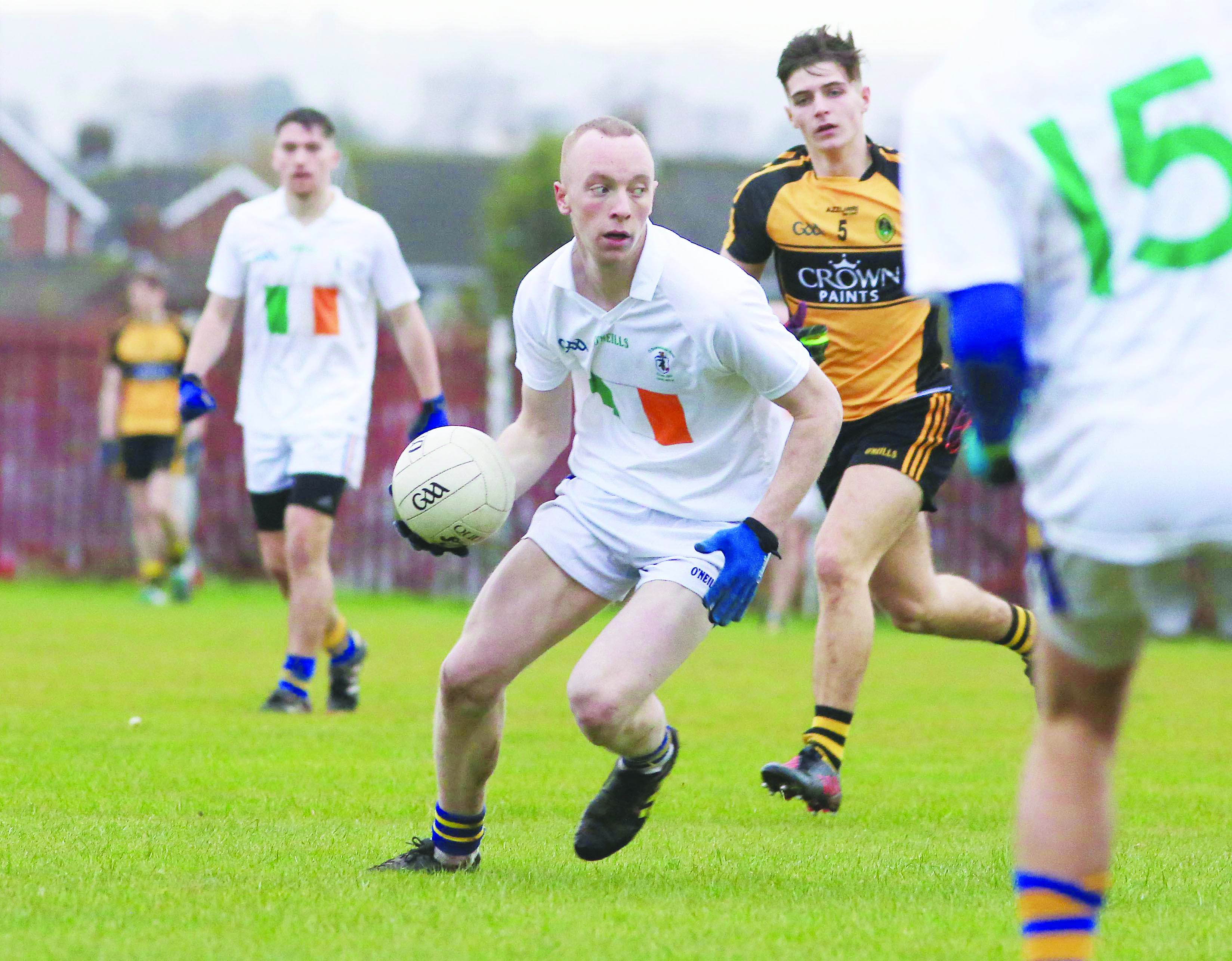 THE final piece of silverware for 2016 will be decided this Sunday at Toome (2pm throw-in) when Rossa face Aghagallon to decide who will be crowned U21 football champions.

Last year the men from the South West came up short in the final against St John’s, so they will be determined to go one better to round off a fine year for the St Mary’s club who claimed the Antrim Intermediate Championship.

On their way to the final, Aghagallon brushed aside St Brigid’s before gaining revenge over St John’s in the quarter-final, winning a low scoring affair by two points.

The semi-final against Portglenone at a misty Cargin went their way by 4-7 to 0-8 so they will feel as though they have the capabilities to complete the job this year.

In Oisin Lenaghan, Rory McCann and Ruairi Loughran, they have proven quality but then Rossa will also feel they have the potential to make their mark on the day and manager, Domhnall O’Neill says that while they are expecting a tough test, they believe they can provide the answers.

“I haven’t personally seen  them (Aghagallon) but I did see their Intermediate team that has been going well and they have a lot of boys in there (U21 team),” he said.

“From what I hear their run in this Championship is of a very organised team. They flood their defence but then again they may have a surprise for us and we can’t worry too much of how they are going to set up. We are very confident in what we can do as players, in our own abilities and hopefully we can give them a game.”

Rossa have been equally impressive in the competition with handsome wins over St Paul’s and St Teresa’s before they edged out St Enda’s by one point on Sunday.

That semi-final will have left them in good shape going into this Sunday’s final and O’Neill believes his side have great momentum built-up following three wins in as many weeks.

“It (momentum) was evident in the last five minutes of the match there,” he said after Sunday’s one point win over the Glengormley side.

“They had their purple patch and they missed a few chances, but we regrouped, got stuck in and that comes from the momentum of playing week-in, week-out.

“They have been training hard. The intensity in training is great and you could see that today.”

Certainly, it was a nervy finish for Rossa on Sunday with St Enda’s passing up a couple of late chances to equalise. It was always going to be that close admitted the Rossa manager who said they knew a talented St Enda’s group would give them a real test.

“It was very tight, but that’s the message we gave to the boys ever since the final whistle went last week (against St Teresa’s),” he said.

“We’ve a lot of respect for them. They are a very good team and people aren’t talking about them up and down the road for nothing.

“We knew that if we could respect that and believe in ourselves then we could do it and that’s what we did.” Conditions Of course, the conditions play a part at this time of year with heavier pitches not conducive to overly expansive football and the game plan will be tweaked accordingly.

There is plenty of quality in Rossa’s defence, with Richard Gowdy in terrific form while the tenacity of Niall Crossan, Niall Devlin and Michael McGreevy certainly will make life difficult for the Aghagallon forwards.

Gerard Walsh and Anthony Rowntree form a solid pairing at midfield while James Connolly, Darren Grego, Sean Pat Donnelly and Padraig McParland have all got the capabilities to plunder the necessary scores, but winter conditions can force a team’s hand according to O’Neill.

“It’s winter football and things like that happen. It’s a real hard game,” he accepts.

“That’s why you have to set your team out a certain way.

“We have different strengths in our team. If this was played in July, we maybe would have played in a slightly different way. You have to know that it’s going to be tight and there will be no running away with it.”

O’Neill has been impressed with the strides made by Aghagallon as a club and says their youth policy is beginning to pay off although he believes his players can come out victorious.

“They are a bit like St Teresa’s in that they know that if they invest in their young players, as we have done too, and make that the nucleus of your senior team you can go a long way and they are starting to reap the benefits,” he notes.

“We have a tough match ahead of us this week but it’s great to be there and hopefully we can go one better.”

It would be a fitting way for Rossa to sign off on their centenary year with a Championship trophy, but there will be no thoughts of that before the game insists the Rossa manager who says it is just about winning a title.

“We will talk about that after the match next week,” he stressed.

“It’s a football match first and foremost, it doesn’t matter if it’s the centenary year or not. This is a match you should want to win.”

The Antrim U21 B Football Championship final between Aldergrove and Glenavy will take place prior to the A final at Toome with a 12.30pm throw-in.