Saffrons make one change for trip to Fermanagh 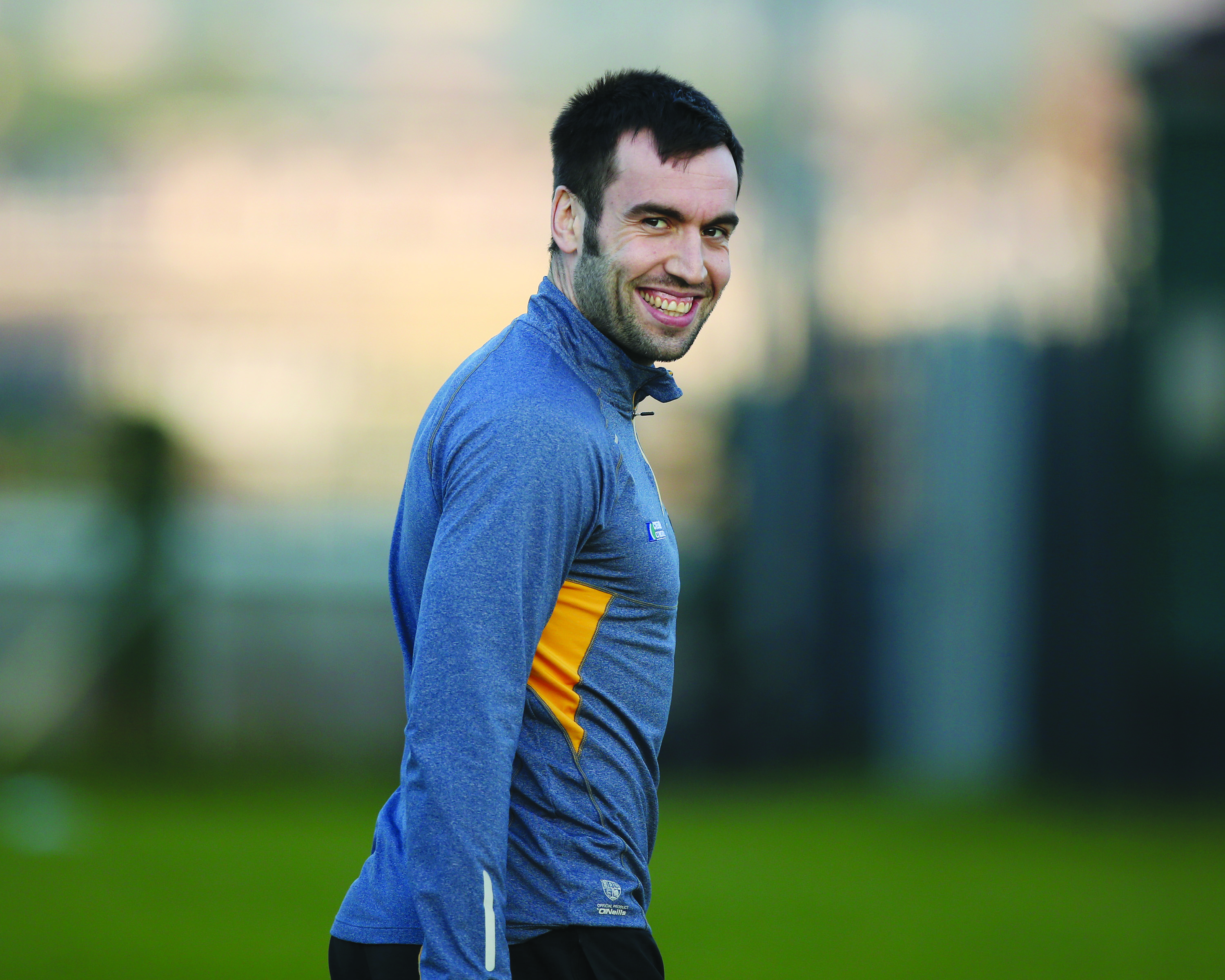 Antrim captain, Kevin Niblock has been named in the starting 15 for Sunday’s Ulster SFC tie away to Fermangh despite continuing to recover from tonsilitiois

ANTRIM managers, Frank Fitzsimons and Gearoid Adams have named their team ahead of Sunday’s Ulster Senior Football Championship preliminary round tie against Fermanagh at Brewster Park.

A doubt remains over captain, Kevin Niblock who is suffering from tonsillitis, but he is named at centre forward in a team that shows a couple of positional changes and one in personnel to the one that started against Louth in the Division Four final last month.

There is no place for Conor Burke, with Patrick McBride coming into the starting 15.
The St John’s man is named at wing-back with Ricky Johnson at full-back. The Creggan man will be flanked by Kevin O’Boyle and Niall Delargy, with Martin Johnson named at centre-back and James Laverty on the left wing.

This means there is no place for Justin Crozier who continues to recover from a torn hamstring. Indeed, the Cargin man is not named on the 26-man panel.

Conor Murray has been named at midfield alongside Niall McKeever with John Carron at wing-forward, but the Erin’s Own man could either switch with Murray or drop to form a midfield trio to try and counteract the threat Fermanagh star midfielder, Eoin Donnelly.

The Antrim attack has something of a settled look about it, with Matthew Fitzpatrick again listed at wing-forward with the McCann’s, Michael and Tomás named in the full-forward line although either could play a little further out from goal.

Brian ‘Bam’ Neeson is named in the corner with the St John’s man returning to the scene of his remarkable 1-6 haul back in the 2014 Ulster Championship when Antrim held on for a 2-18 to 3-13 win over the Ernesiders.

Fermanagh did gain revenge last year, defeating Antrim at the same venue in the Ulster Championship and then again in the All-Ireland Qualifiers.
However, it will be a different Antrim team to the one that lost twice against Pete McGrath’s side last year, with Neeson one of a number of experienced heads who returned to the set-up this year after a year away.

“A lot of those lads who weren't there last year were there two years ago when they won,” said Antrim joint-manager, Frank Fitzsimons.

“We are going there off the back of promotion which is great for us too. I wouldn't say we are confident, but there is a much better atmosphere about it this year.
“Some of those players would get on any team in Ulster in my eyes. It's great to have that bit of experience back and to have that bit of confidence for big days like this.