Schools and businesses close in anticipation of Ophelia 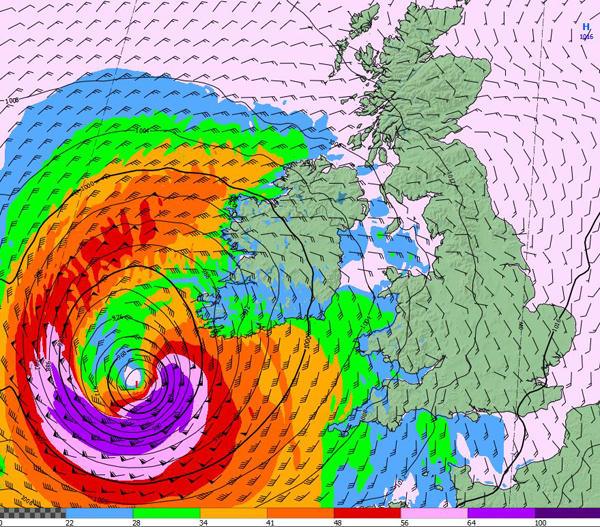 ALL schools, colleges and universities in Belfast are closed today as Ireland braces itself for ex-Hurricane Ophelia.

When it reaches Ireland this morning, the category 3 storm will be at its most severe on Monday and will continue into Tuesday.

While it had been forecast that the storm would hit the north of the country between 3pm and 10pm, it is now expected to arrive at 12 noon.

An amber warning has been issued in the north while the south of Ireland is on red alert.

Ulster University is closing on Monday and Queen's University in Belfast are to stop classes from midday on Monday. All schools in Ireland are closed, while in Belfast many businesses are closing early in anticipation of the storm.

The Met office and Met Éireann have spoken of potential risk to lives and have urged the public to be careful and to travel only when necessary.

Sinn Féin leader in the north, Michelle O’Neill MLA, has spoken to the interim head of the civil service and Chair of the Civil Contingencies Group, David Sterling, regarding Ophelia in order to be briefed on the levels of preparedness to keep people safe following the severe weather warnings.

Speaking last night Ms O’Neill said: "I have talked to the interim Head of the Civil Service regarding the impact that Hurricane Ophelia may have and on the measures and precautions needed to mitigate against the severe weather in the interests of public safety including school closures tomorrow which have now been announced by the Department for Education.

"People should keep informed about the weather and act to protect yourself and your home from the effects of flooding and high winds, and importantly to heed safety warnings."