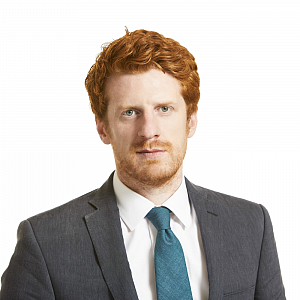 SOUTH Belfast MLA Matthew O’Toole has said that a new scheme to ease the movement of goods post-Brexit falls “far short of what is needed”.

The UK government has provided £200 million in funding under the new Trader Support Service, which is aimed at addressing concerns from businesses that trading regulations could disrupt the flow of goods after Brexit.

SDLP Brexit spokesperson Matthew O’Toole MLA welcomed the scheme, but called for an extension of the Brexit transition period to avoid a “crash out”.

“New funding and the intention to launch a Trader Support Service for movement of goods into Northern Ireland from Britain is welcome in itself,” he said.

Gove confirms that the UK Government will cover all additional tariff and administrative costs incurred in a no-deal situation in Northern Ireland. Brexit is on course to cost the UK more than its combined total of payments to the EU budget over the past 47 years. #Brexit pic.twitter.com/nVH1ooFX0Q

“We have consistently called for real, detailed information for local businesses. But today’s announcement falls far short of what businesses and society here needs to prepare for the end of the transition period. Even delivering on the scheme announced today will be difficult in the compressed time schedule the UK government has forced businesses to accept.

“The UK Government has also failed to offer any more detail on how it will ensure unfettered access to the GB market for NI businesses, or even which goods will qualify for unfettered access. And ultimately, all of this disruption is a product of an ideological refusal to countenance extending the transition period in the middle of the biggest public health crisis in a century.

“Northern Ireland never asked for Brexit, and we should never forget that today’s measures and others like them are only necessary because of the fantasies of Tory Brexiters and their willingness to sacrifice people and prosperity on the island of Ireland. The best way to minimise the damage Brexit will inevitably cause is to extend the transition and avoid a crash out at this year.”