Secret history of an extraordinary grandfather 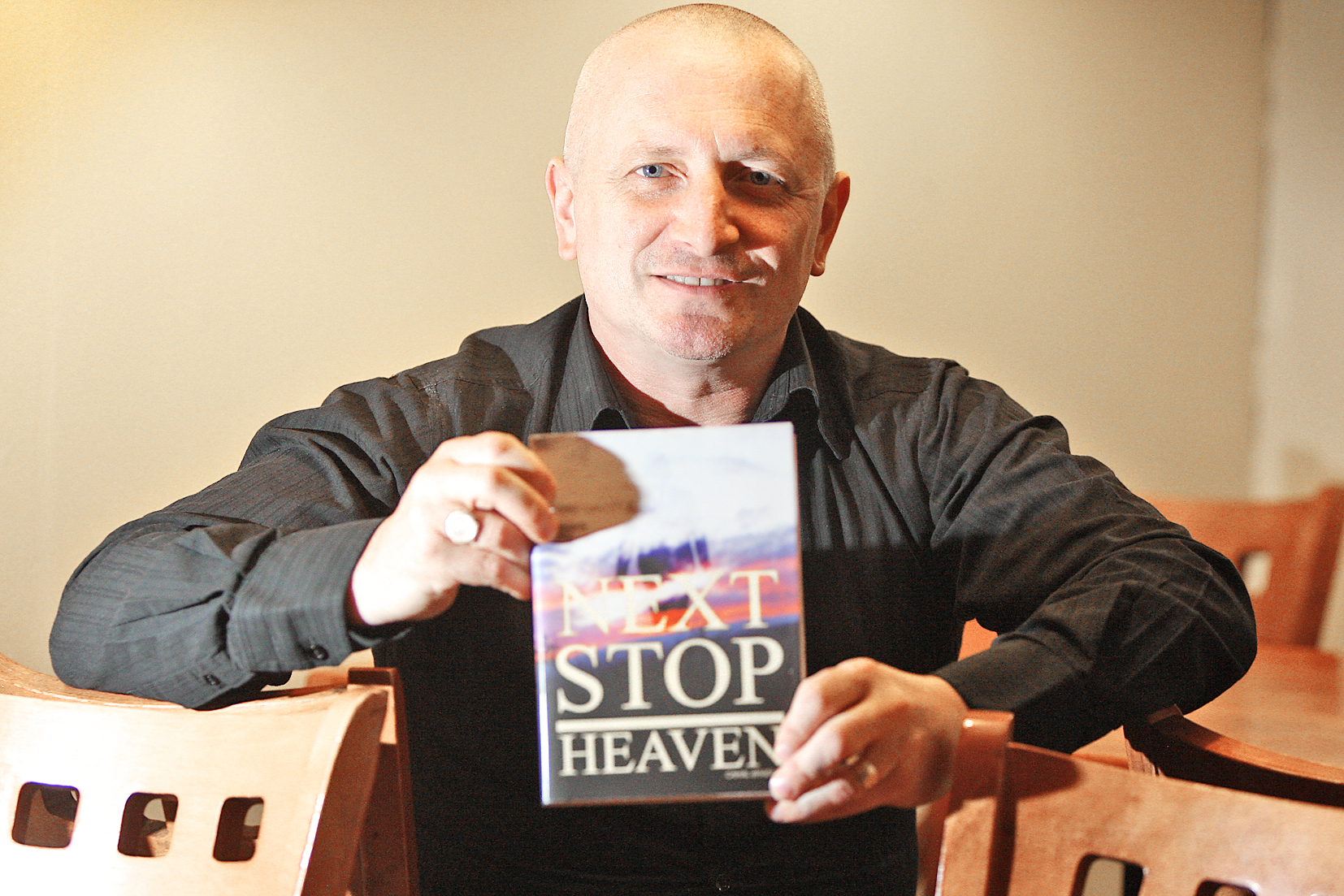 Conor Bradley with the book Next Stop Heaven

A Belfast man is to fulfill the dying wishes of his father by attempting to turn a family heirloom into a best selling novel.

Conor Bradley’s father Charles passed away five years ago at the age of 88 but before he died he handed over to his son an unfinished manuscript written by his own father Cahal Bradley in 1935. A relatively unknown name today, Cahal’s life story could itself make for a fascinating book, but it is the life of his own father growing up in the mill life of Ardoyne in which he set Next Stop Heaven.

Born in Brookfield Street in Ardoyne in 1886, fluent Irish speaker Cahal helped form the Charles Kickham GAA club and was actively involved in the Irish Republican Brotherhood, the IRA , Sinn Féin, the National Council and the Anti-Partionist League.

After moving to Derry in 1919 he was appointed the first nationalist Deputy Lord Mayor in Derry City Council and interestingly, given more recent context, used the first council meeting to second a motion calling for the removal of the Union Jack from council offices.

The family returned to Ardoyne in 1926 to run the family business on Herbert Street, which was responsible for exporting carrageen moss from the North Atlantic Coastline to the USA. When the last of the Bradleys moved out of Herbert Street they donated the row of houses to the community, enabling the first Ardoyne Community Centre.

Cahal Bradley was elected as a member of the Anti-Partition League to the Senate at Stormont in 1951 and for six years until his death was recorded participating in many debates on the economic and political impact of partition on the people of Ireland.

However, despite his fascinating successes as a public figure in the political, historical, cultural, literary and business life of Belfast, Cahal’s history remained relatively unknown to the family.

His grandson Conor, 47, explained: “I’d taken an interest in Cahal and I’d done a bit of research into who he was and what he had achieved. I went to visit my father one day and there was this massive old book sitting on the coffee table and that’s when he explained what it was and what he wanted me to do.

“It was rough, there were hard to make out scribbles all over it and some of the terminology needed updating so a lot of work has gone in to creating a finished article and getting it published.

“Even in those five years I’ve found out so much fascinating information and I think it’s only doing Cahal justice by allowing people to read his work. I know my father would be proud and it’s been a real privilege to be involved in such a project.”

Next Stop Heaven is a true love story set in a small tight knit village in Ardoyne, beneath the Black Mountain, 200 metres from Holy Cross Church.

It profiles the lives of a group of young families working amongst degrading discrimination from as young as 11 in the mills.

The book’s love story based on the characters Sheila and Ned unfolds against the threat posed to it by immigration. Political and economic struggles are teased out through mill workers, the clergy and the rich, as are the merits of protesting and organising for social change.