ELLY ODHIAMBO: Settlers all have their stories 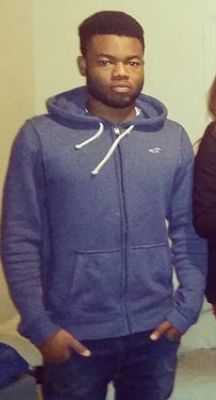 VICTIM: George Nkencho was shot by Gardaí at his home

IN 2019, the latest population census of the Republic of Kenya indicated that there were 20,000 white settlers in the country. The settlers call Kenya their home. Many of the settlers have homes in their mother country, the United Kingdom. Some have made beautiful Africa  their permanent utopia and place of burial. There are also German and Italian people who have settled on the Kenyan coast, most of them are hoteliers.

Settlers have their personal stories. Most are never the same. So this is the comparison we make with migration, personal stories are important. European settlers in Africa are generally affluent descendants of their colonial ancestors. They are caricatured in empire films like White Mischief (1987) and it really takes the audience to understand the misconceptions of noblemen and women, aristocrats and their fancy lifestyles. Deeply rooted in this is the civility of their hosts, the Africans, and that is how hopefully, Africans will be fully received in their new settlements abroad.

Here is another sad story, again. But when is this going to stop,? When? A 27-year-old black man called George Nkencho was shot dead by the Garda Armed Support Unit at his Dublin family home nearly two weeks ago. It is alleged that George assaulted a shop assistant in a nearby supermarket and when police responded there was an altercation. The police claim he was armed with a knife and they fired five live rounds at him. There is more speculation about the nature of the incident in the shop. The family, the black community in Ireland and anti-racism campaigners are accusing the police of a racially motivated killing. Opinions are divided and from what I read in various social media platforms and Irish newspapers, even George's mental health problems are not being taken seriously. They call him a thug, a terrorist and so on. I have read lots of “Go back to the jungle if you don't like it here.” That's the digital mural that confronts the black man in Ireland. A country that was once a colony like the places where the black people come from.

George's case is not any different from that of America's George Floyd, the perception of motivation in this Dublin case. If the police had his records they knew he had severe mental health difficulties. Yet they still killed him.

The Window Cleaner
The Irish, English, Scottish and Welsh have this tradition of answering the door to a person who turns up with a squeegee, a drum of water, hosepipe and all the other paraphernalia that goes with it. They knock your door as early as 7am. They want to clean your windows. It becomes a weekly or fortnightly activity and thereafter an unsigned contract. A long affair, this is their patch. Trust is key. Why is this is important ?

Well, if you are away on holiday or you go to work in those unsocial hours when everybody is in bed, on returning you will be sleeping when the window cleaner wants their money. It is a cash in hand job. Others have developed to other things (read Confessions of a Window Cleaner – yes, bed- hopping from one customer to another, stuff of fiction you will say). The days of window cleaning are only starting, it is something that we don't really have in Africa because of the proximity to intimate departments of the customers home. This is not to say that Africans are angels and Europeans are not.

Window cleaners, just like their comrade the milkman, are hard done by. In the years we lived in Homa Bay town, we used to have a milkman cycling with his big silver 25 litre churn of milk to deliver our two or three litres. Angudha is a face I will never forget, you couldn't force him to smile if you had a gun.Why would he smile anyway when he had this long tough Komborela bicycle journey from his hilly home to Mbita Way junction into Arujo sub-location, past Kabunde, Sofia towards Homa Bay town. That tradition of the cycling milkman is lost now in Kenya.

The British and Irish milkmen are an endangered species. Are the few you see driving around in those little quiet electric engine cars are on their final dance? I hope not. That well maintained bicycle of Angudha taught me how to cycle – a few falls and the lucky escapes off ditches but no real dangers because there were very few vehicles in the lakeside town.

It was always a quiet peaceful town, a place where the metaphor of everyone knows everyone is absolutely befitting.