SF asked to take down posters 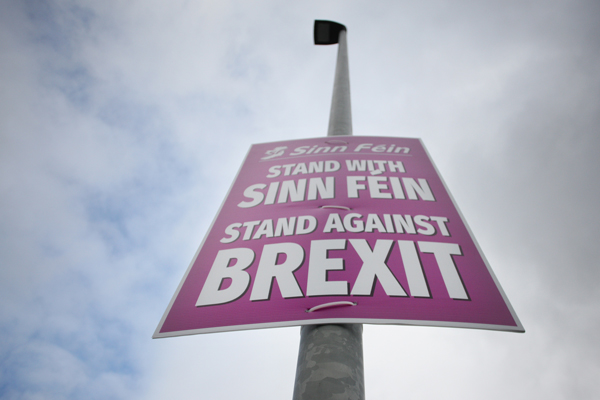 'EYESORE’: Paula Bradshaw (below) has asked Sinn Féin to take the recently-erected posters down

ALLIANCE South Belfast MLA Paula Bradshaw has called for the removal of the election-style anti-Brexit posters erected by Sinn Féin in parts of the constituency.

The South Belfast MLA slammed the “unwelcome eyesore” saying they are in breach of regulations.

“We saw the strength of feeling against Brexit in South Belfast and across the city aptly demonstrated by the Rally for Remain demonstration on Saturday,” she explained.

“That was a clear exhibition of what most local people think about Brexit, and particularly about the ludicrous notion of leaving the EU with no future deal in place.

"However, while everyone has a right to demonstrate their stance, posters, which have appeared in various parts of the constituency are unwelcome, even by those who support the broad message on them. They are an eyesore and a clear breach of regulations on posters, which should be erected on public property for short periods at election time only.”

Urging those responsible to recognise that their message may be damaged by leaving them in place, Ms Bradshaw asked that they take remove the posters swiftly.

“In the meantime, I have worked with my Council colleagues and have secured a pledge from the Council to have them down by the end of the month.”