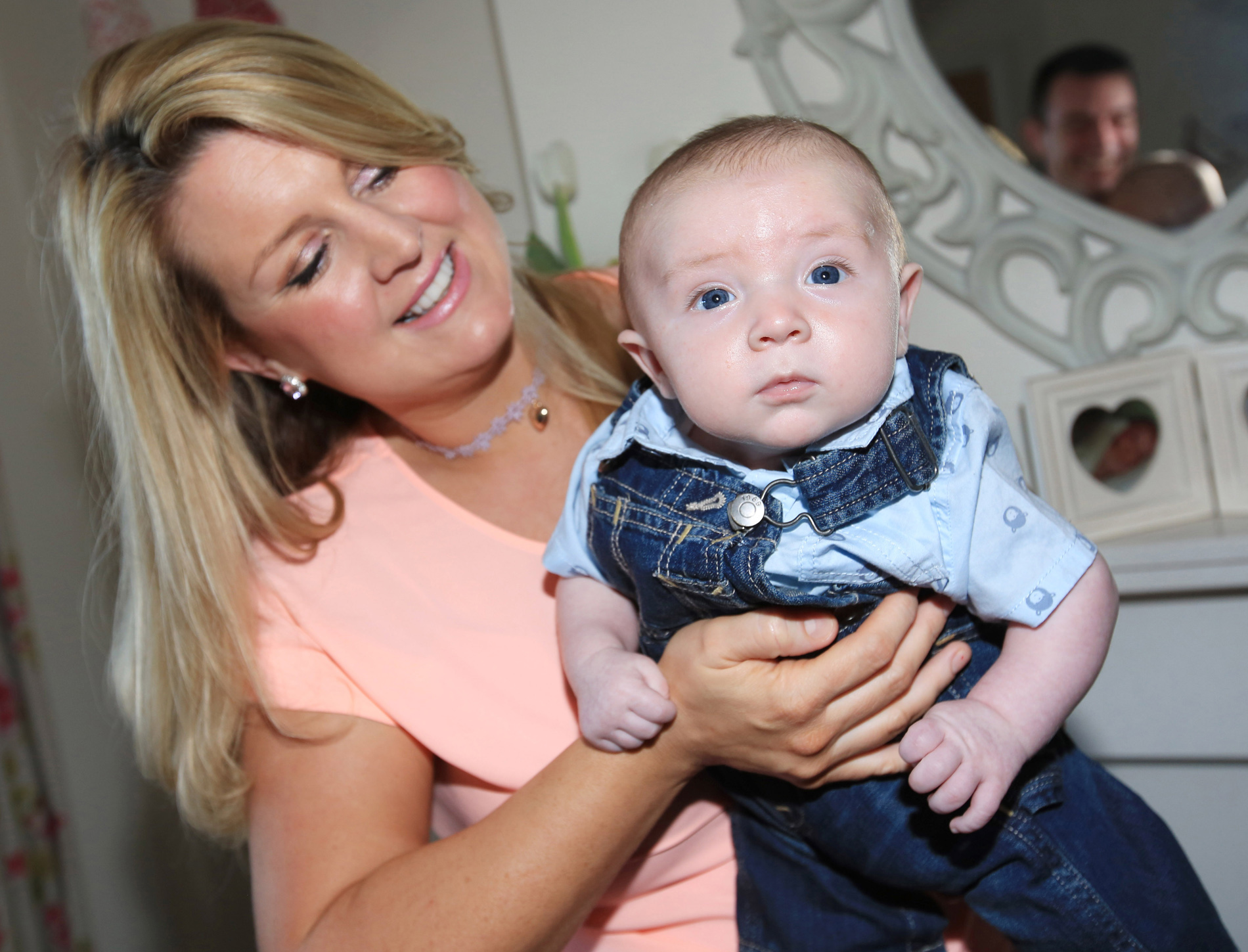 A Belfast mum whose new-born son has become an internet sensation after she posted a video of him online appearing to say the word ‘hello’ says she’s amazed by the online response.
The video of baby Cillian McCann saying his first word at just seven weeks old has been viewed more than 1.1million times on YouTube in the space of just two days.
Speaking at her Orchardville home, Cillian’s mum Toni, who can be heard in the video encouraging him to speak, said the response has been unbelievable as more and more people across the globe view the short clip.
“I was filming him on my phone, as I think all mummies do with their new babies, and kept saying hello to him when clear as day he said hello back,” she said.

“I couldn’t believe it. I thought to myself nobody would believe me except I’ve filmed it. I put it on Facebook and loads of people were commenting on it and saying I should put the video on YouTube. So I did and it just went from there. It’s been amazing to think of the response and all those people viewing it.”
Toni, who has three other children, said she’s been inundated by requests from the media.
“I have had newspapers calling me to talk about it, it’s unbelievable,” she said.
“He had been trying to make sounds for a few weeks so I kept saying things back to him. I don’t remember any of my other children being like this.
“I thought it was so unusual I put it online. I said to my husband I have seen videos of other babies talking before but none who were as clear as him.”